This morning, the Department of Environment, Land, Water and Planning (DELWP) will defend the Government’s continued logging of old growth forests in the face of vehement community opposition, as the trial Fauna and Flora Research Collective Inc  v The Secretary to DELWP and VicForests resumes in Victoria’s Supreme Court, for its final 3 days.

Fauna and Flora Research Collective (FFRC) -  represented by Environmental Justice Australia -  is seeking to enforce the protection of the minimum area of old-growth forest required by law across East Gippsland (60% of old growth wet and damp forest), a measure the Government has failed to implement. 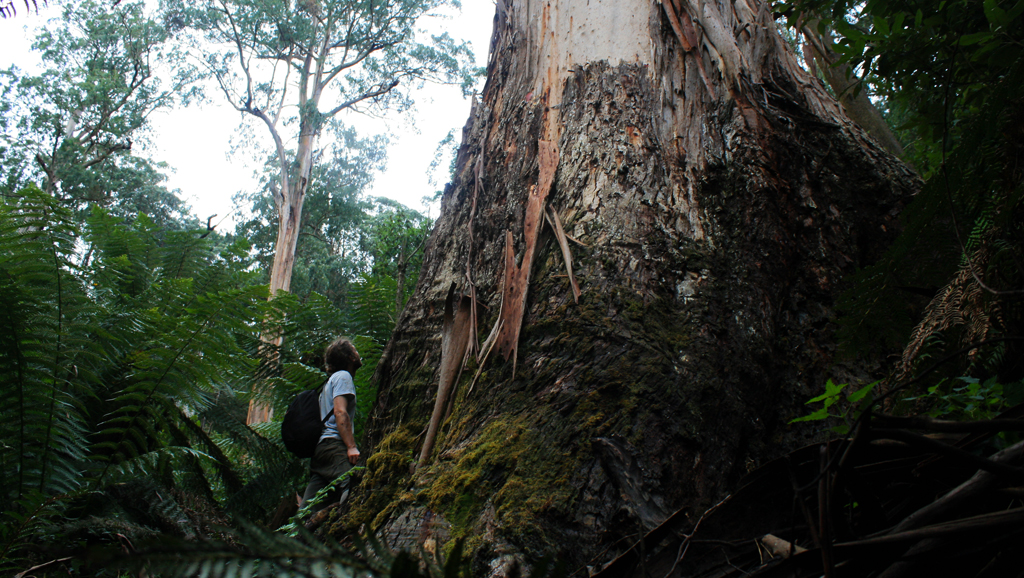 An ancient tree inside the Granite Mountain coupe currently being logged.

“Old growth forests have been eliminated from almost all of Victoria, what we have in East Gippsland is incredibly unique. To destroy what remains of these ancient forests is reckless and short sighted beyond belief,” said Dave Caldwell.

“Victorians are disgusted that old growth logging continues in 2019. The fact that trees hundreds of years old and vital habitat for threatened species are still being pulped to make paper beggars belief.  The Andrew’s Government must act in the interests of all Victorian’s and immediately protect the last fragments of our ancient natural heritage before it is lost forever,” he said.

“In a time of climate crisis when we have just experienced our hottest month on record, it is incredibly irresponsible of the Government to allow the continued destruction of our carbon storing forests. Stopping deforestation is internationally recognised as critical to mitigating catastrophic climate change. Old growth forests store huge amounts of carbon that is released when they are logged and burnt,” he said.

Logging of old growth forests continues across East Gippsland despite a key witness for DELWP conceding under cross-examination in December during trial, that the Department’s position on logging old growth forests is that it should cease entirely.

GECO pays respect to the long and continuing custodianship of these forests by the traditional owners of East Gippsland, the Gunnai-Kurnai, Bidewell and Monero people. We pay respect to their elders past, present and emerging and acknowledge that sovereignty was never ceded.