The land referred to as 'East Gippsland' is country that spans three indigenous nations, these are the nations of Bidewell, Yuin, Gunnaikurnai and Monero (Ngarigo). These nations never ceded sovereignty and continue their custodianship of the land of waters within so called 'East Gippsland'. 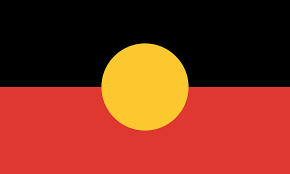 Goongerah, the name of our town, is a Bidewell word meaning egg rock. Goongerah is situated at the base of Mt. Goongerah (Mt. Ellery). This tall mountain is capped in large granite boulders that are the eggs of Djidjigan the rainbow serpent who travelled through this part of the country from snowy mountains.

Bidwal elder Uncle Bevan Harrison knows the story of why the Snake and the Goanna do not like each other, check here for the full story.

During the campaign to protect Goolengook valley from logging GECO worked with traditional owners from Gunnai and Bidwal nations, who served an eviction notice on the logging crews operating at Goolengook.

In December 2020 Bidwell-Maap Traditional Owners wrote a letter to the Victorian government condemning logging planned in the Bidewell reserve near the Errinundra Plateau. There are still two coupes planned adjacent to the reserve, access would be through a large coupe within the reserve itself.

GECO continues dialogue with traditional owners from all three nations about their aspirations for management of country and how we can best work together.

Gunaikurnai Land and Waters Aboriginal Corporation (GLaWAC) represents Traditional Owners from the Brataualung, Brayakaulung, Brabralung, Krauatungalung and Tatungalung family clans, who were recognised in the Native Title Consent Determination, made under the new Traditional Owner Settlement Act 2010, the first such agreement under that Act.

More info on the trail and the sites along its path is here.

Ngarigo / Monero country stretches from the far east of Victoria over the NSW border onto the Monaro tablelands. Read about their cultural learning walk here.