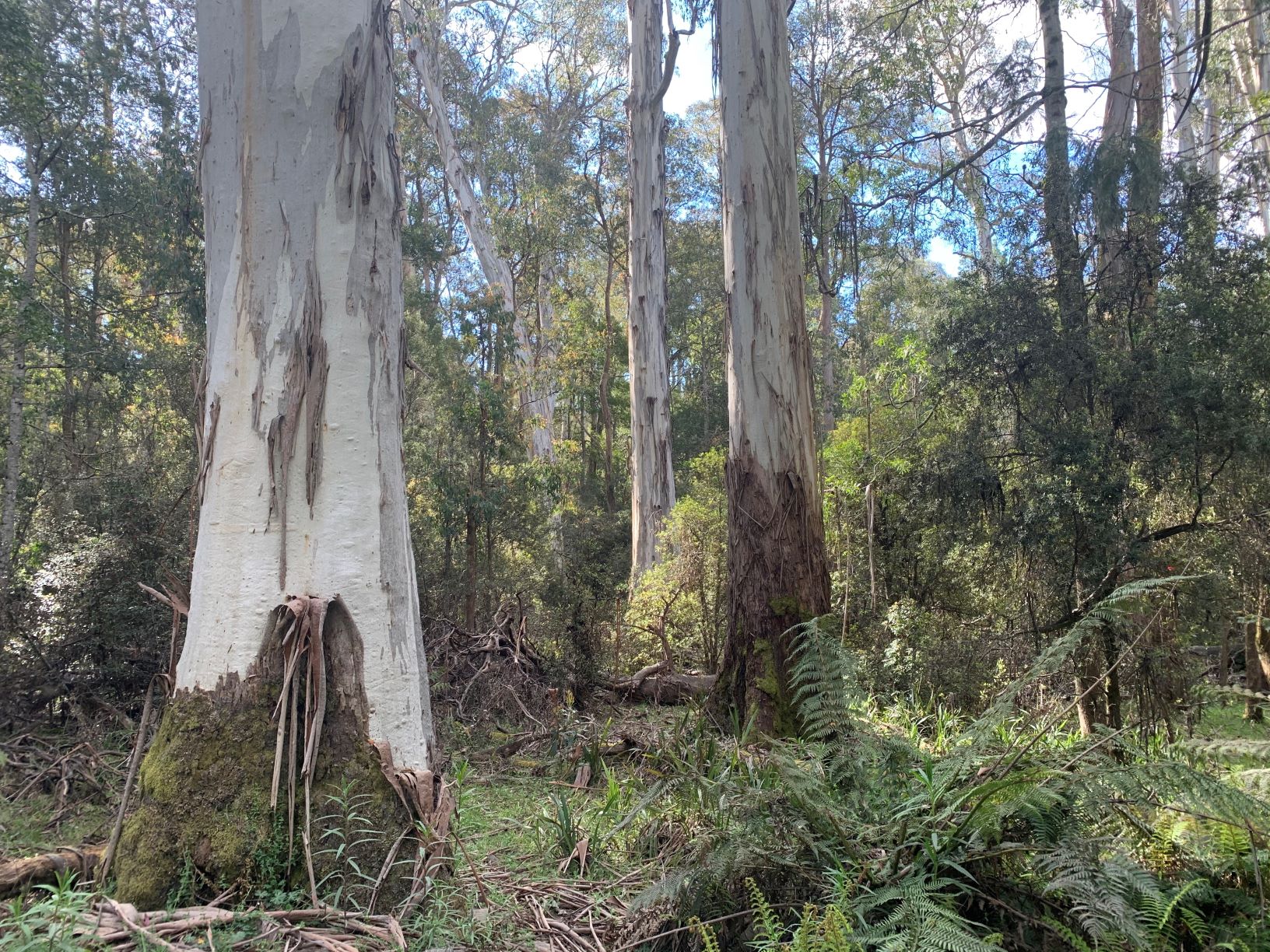 Bidewell-Maap Traditional Owners speak out against logging through Bidewell Reserve

JULY 2021 UPDATE: The Victorian government are set to remove the coupes scheduled in and adjacent to Bidewell reserve!

Bidwell-Maap Traditional Owners have written a letter to the Victorian government condemning logging planned in the Bidewell reserve near the Errinundra Plateau. There are two coupes planned adjacent to the reserve, access would be through a large coupe within the reserve itself. The letter says:

The reserve is under the custodianship of the Bidewell people, we have had no one approach us to ask for permission to go onto country. Before going onto country there needs to be consultation, there has been no consultation with Elders and Traditional Owners of the land.

The continued destruction of forests cannot continue when they need to be protected [and] which are very significant for our peoples and our connections to country. The reserve is cultural heritage for the Bidewell people.

Last month we were alarmed to see the coupes in and adjacent to the reserve on VicForests most recent Timber Release Plan, which was approved just yesterday. GECO notified Bidwell custodians who were unaware of the planned logging or the consultation process.

The outgoing Chairperson Bevan Harrison and incoming Chairperson Harry Terrick suggested that they visit the proposed logging site on their reserve. In early December, a group of 25 Bidwell family came out to visit the Bidwell reserves, including elders, teenagers and younger children.  For some of the younger ones it was their first time visiting the Errinundra Plateau. GECO fully supports and stands with Bidwell who have called for the coupes to be pulled off the TRP and for logging not to go ahead in the area. 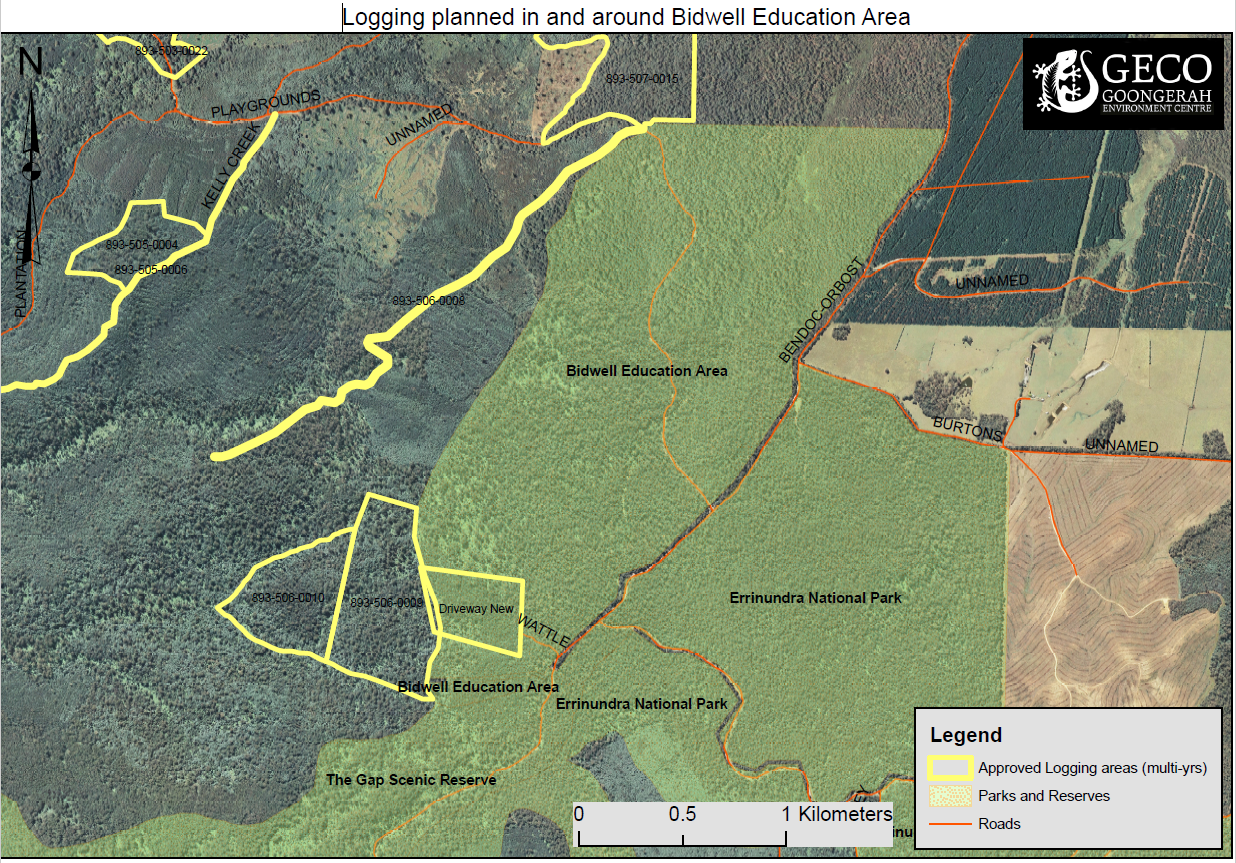 Map of logging scheduled adjacent and within the Bidewell reserve

This poem was given to us by Uncle Harry which he asked to be shared, written by Electra Green.

Rip the soul, rob the land

Split the groups, broke the clan

Dirty the rivers. Cut down the trees. Move the mountains. Dirty the seas

Question our lore. Ripped the core. Say it's alright, because that’s your law

1 little portion. Of the whole human

227 years. Give us clothes. Turn up your nose. And say what's done is done. And we asked to show the love

10 little commandments you think you could obey. You break them laws, on any other day

So please do not judge us for we are not the flea. We didn’t suck up the blood for our own greedy needs.

Respect thy neighbour thy does say. The Australian Aboriginal still has to pay. 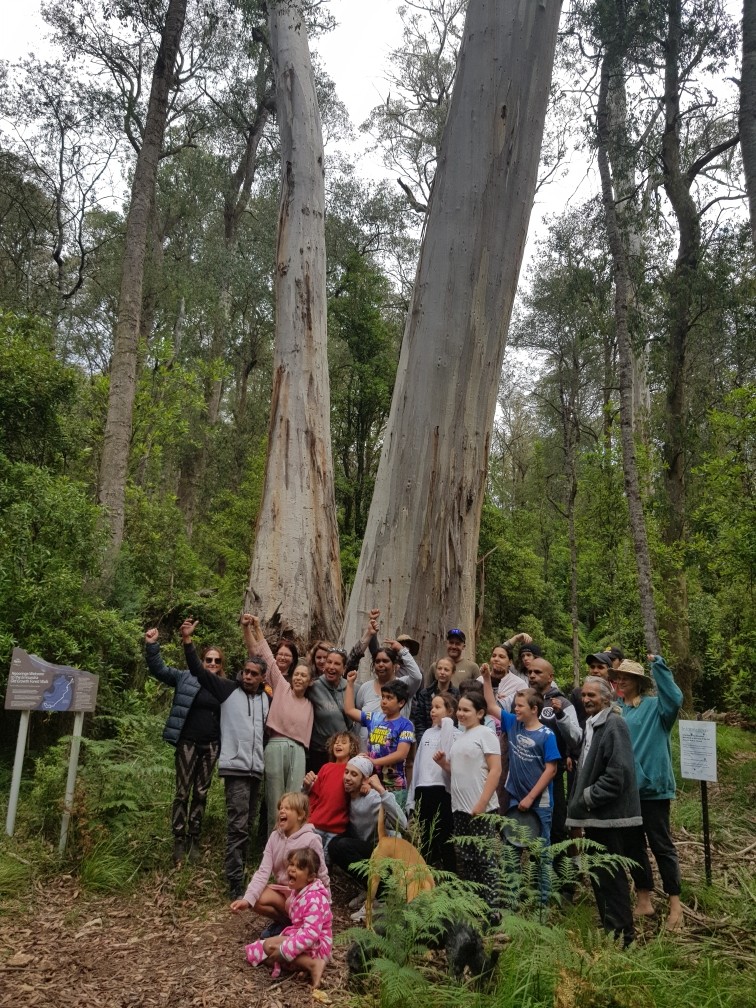 The following videos may contain images of people who have died.

GECO has supported the Bidewell in their fight to protect country from logging for over 20 years.

In 1999, Aboriginal leaders called for an end to logging in East Gippsland https://www.geco.org.au/notice.html

A video of Bidwell leader Uncle Albert Hayes and Uncle Robbie Thorpe talking about the forest in East Gippsland is here. No jurisdiction https://www.youtube.com/watch?v=miG5dAmAzD0

In 2002, Uncle Bevan Harrison and his family and supporters called for an end to logging in Goolengook. https://youtu.be/uYXiecnJVpA

In 2006, Bidwell leaders stopped logging with twenty supporters on Survey Road in an area of old growth forest.

In 2008, Bidwell leaders walked into a logging coupe in Goongerah catchment to stop logging https://www.geco.org.au/2007/summer0708.htm#bidawalyalmy

We acknowledge and pay our respects to the Traditional Owners of so-called East Gippsland, the Bidewell, Monero and Gunnai First Nations people's. We pay our deepest respects to Elders past, present, and emerging. We acknowledge their ongoing custodianship of the land, and that sovereignty was never ceded. 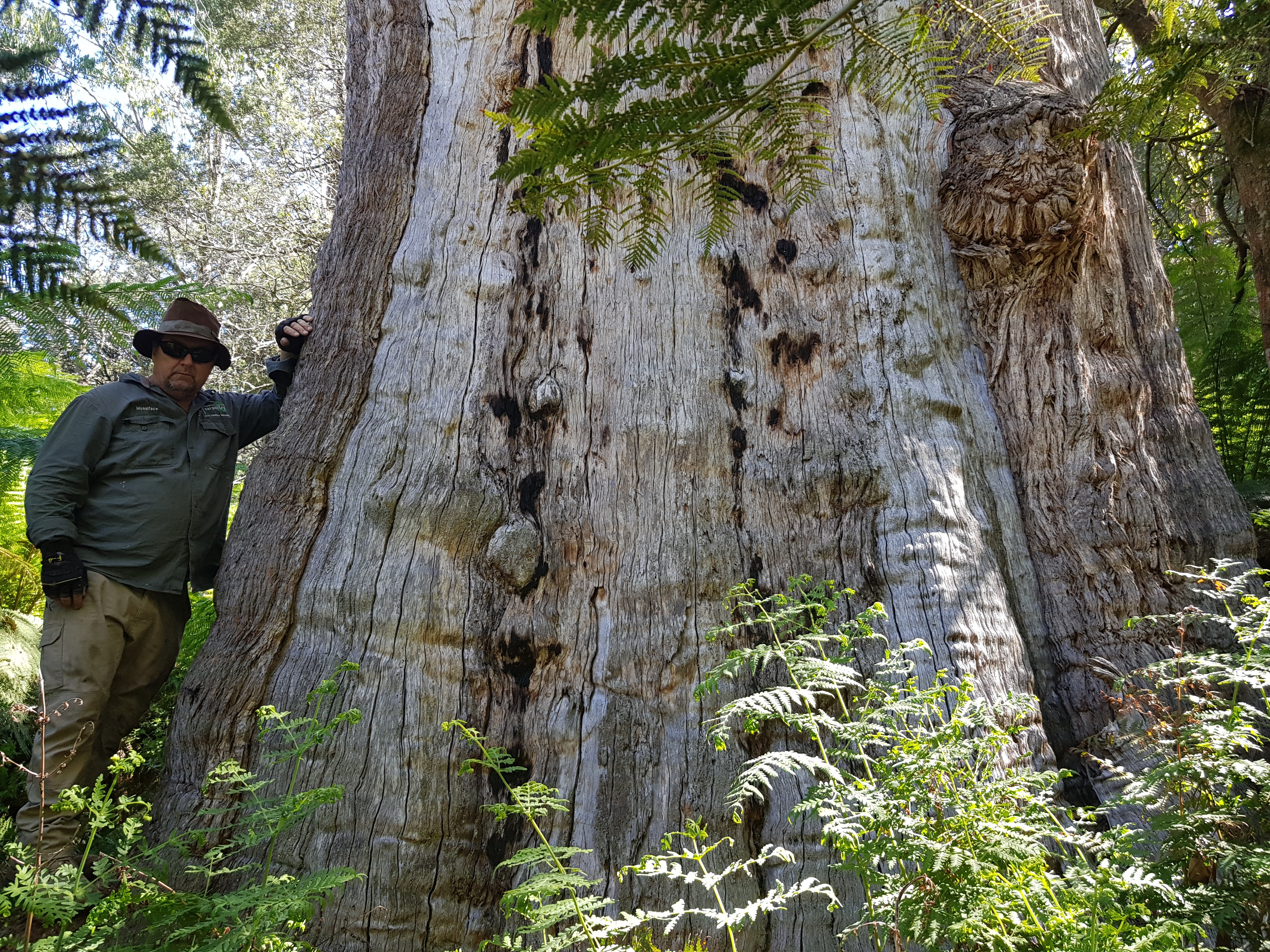 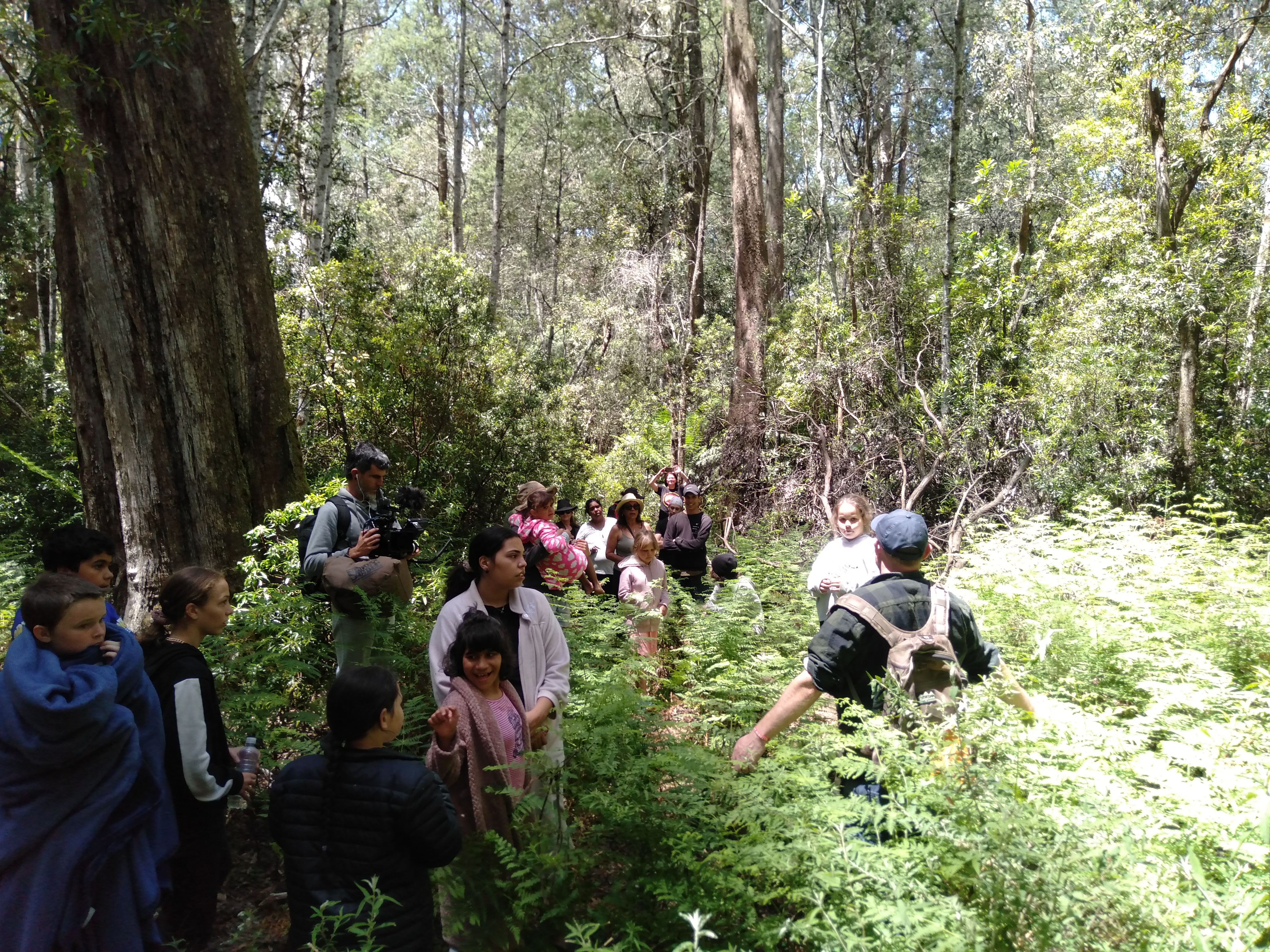