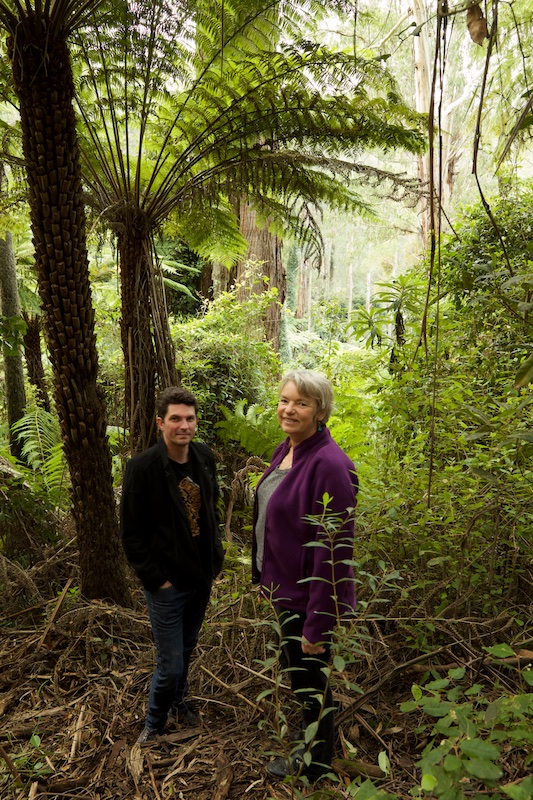 We were thrilled to tour Senators Janet Rice and Scott Ludlam through Kuark forest last weekend. Kuark forest is rapidly making a name for itself and the Senators wanted to see some of the spectacular forests that need urgent protection and bear witness to the destruction caused from past and current logging in the area.

The Senators are lobbying against the roll over of the Regional Forest Agreements as the Tasmanian and Victorian agreements come up for review this year. The RFAs are 20-year agreements between State and Federal governments that grant the logging industry access to public forests.  The RFA’s are being reviewed and the federal government want to roll them over and lock in another 20 years of native forest destruction.

Renowned wilderness photographer Rob Blakers was also in Kuark on the tour, see his amazing photos at the Kuark Forest gallery here.

The RFAs have been a disaster for threatened species and achieved none of the conservation outcomes the federal government claims they are designed to deliver. Senator Rice and Ludlam are advocating for the RFAs to be scrapped and an end to the destructive practices the RFAs have entrenched. They wanted to visit some of the forests threatened by the impending review of the Victorian RFA to witness the destruction occurring and areas of forest we stand to lose through the roll over of these agreements. You can read about the RFAs at this link to the One Stop Chop report.

It was so great to get Senator Janet Rice out to Kuark forest for the very first time. Janet played a leading role in the East Gippsland forest campaign in the late 1980s and early 1990s. She was instrumental in the campaign that led to the creation of Errinundra National Park. While she is deeply familiar with the Errinundra area, she had never been to Kuark, so  she was wrapt to have the opportunity to get out there. 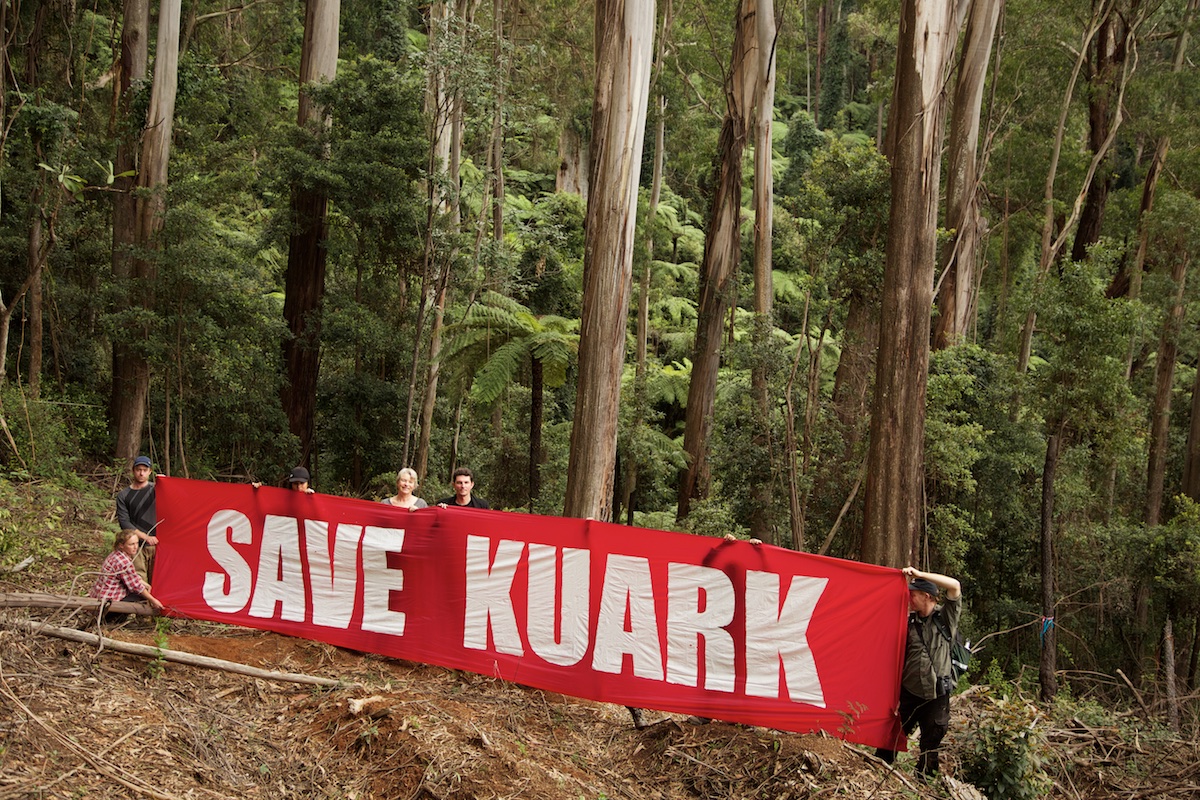 could only stay for a couple of days so we rushed him out to Kuark to capture as many great images as he could while the Senators took a driving tour. You’ll be seeing many of Rob’s amazing images of Kuark over the next couple of months. It was such a thrill to have the best wilderness photographer in the country on the ground with us in Kuark documenting the spectacular beauty. Rob has over 30 years of nature photography experience, which began with his involvement in the Franklin River campaign in Tasmania. So we were honored to have him out at Kuark volunteering his time. I think he was just really excited to finally see the place, Kuark's warm temperate rainforests were a bit like a tropical vacation for him away from Tassie. View his amazing pics here at the Kuark forest blog.

We visited Kuark falls, a multi tiered waterfall in Kuark forest that despite being easily accessible from the road it's not on any tourist maps and is easily overlooked. We hope when Kuark forest is given the protection it deserves Kuark falls will become an iconic attraction for people to visit when touring through these amazing forests. 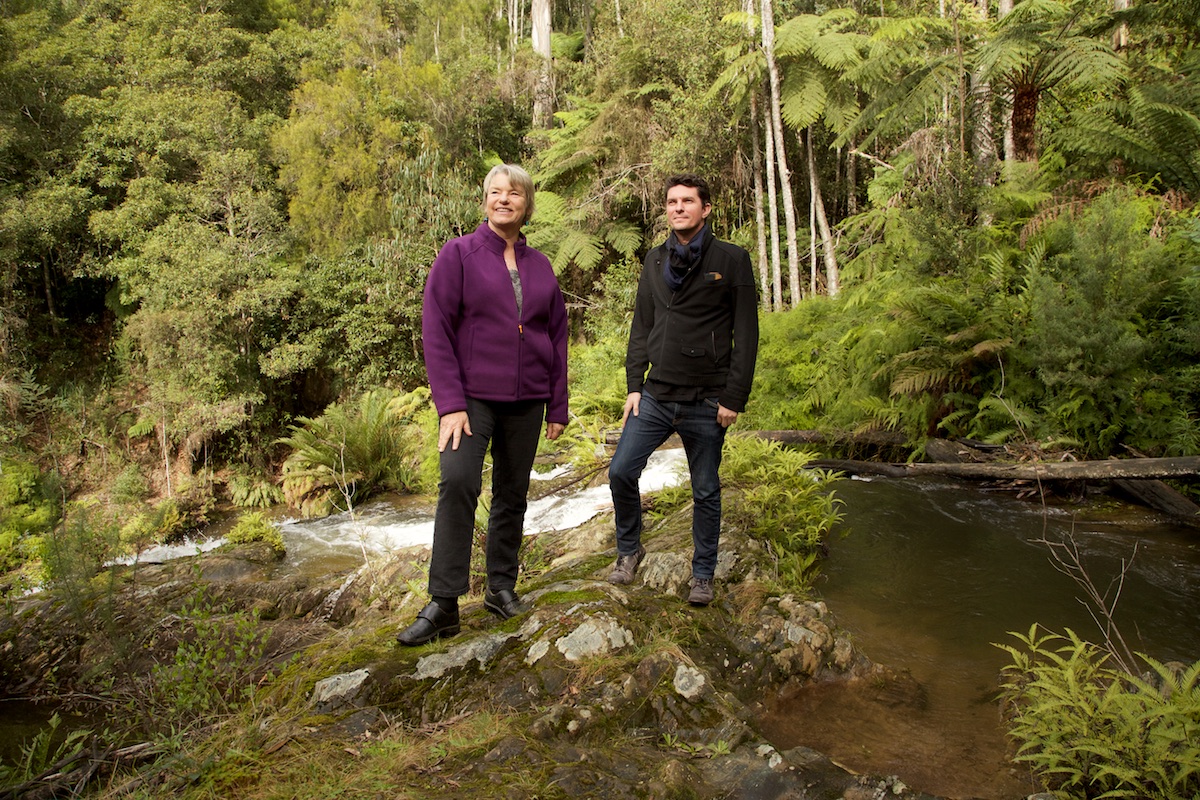 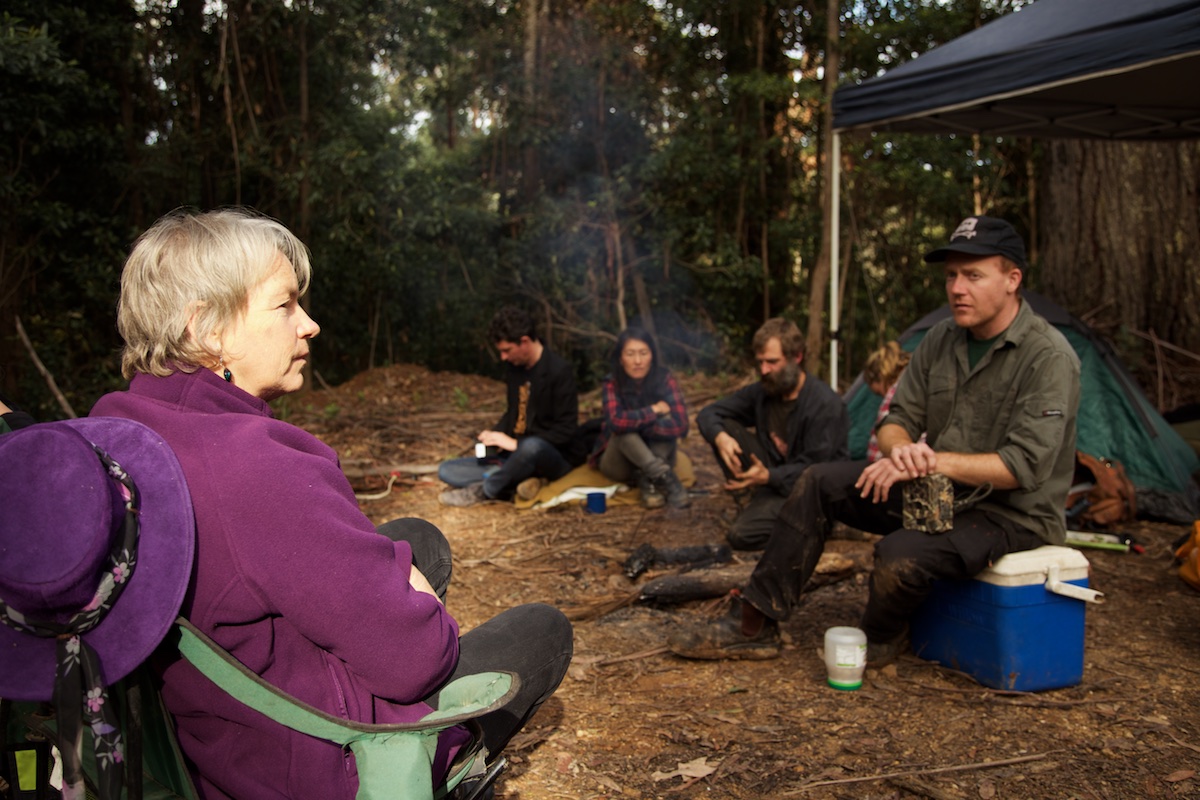 The Senators met up with local GECO campaigners in Kuark where we demonstrated some survey techniques and our latest survey technology. The Senators were keen to hear about the citizen science program we have developed to help save the threatened species of East Gippsland from logging. We ran them through Owl surveys, mammal surveys using motion sensor cameras and talked to them about the successes we’ve had using these techniques to protect forests. They were very impressed and commented that they were really inspired by our style of community organising based around citizen science, which is such a pro active and positive strategy.

We think the Senators trip had a great impact upon them and has inspired them to continue to strongly advocate for forest protection in the federal parliament.

We’d really like to organise a similar trip for members of the Victorian ALP, particularly Environment Minister Lisa Neville MP. So if you are reading Lisa, you are most welcome to join us anytime and we’ll organise an itinerary for you. We feel that once politicians see these areas face to face they will then understand why they are so important to protect, for their wildlife, aesthetic and intrinsic value, as carbon stores and air conditioners, water purifiers and climate change mitigation and valuable assets for a tourism boom waiting to happen.

Ed Hill and the GECO crew. 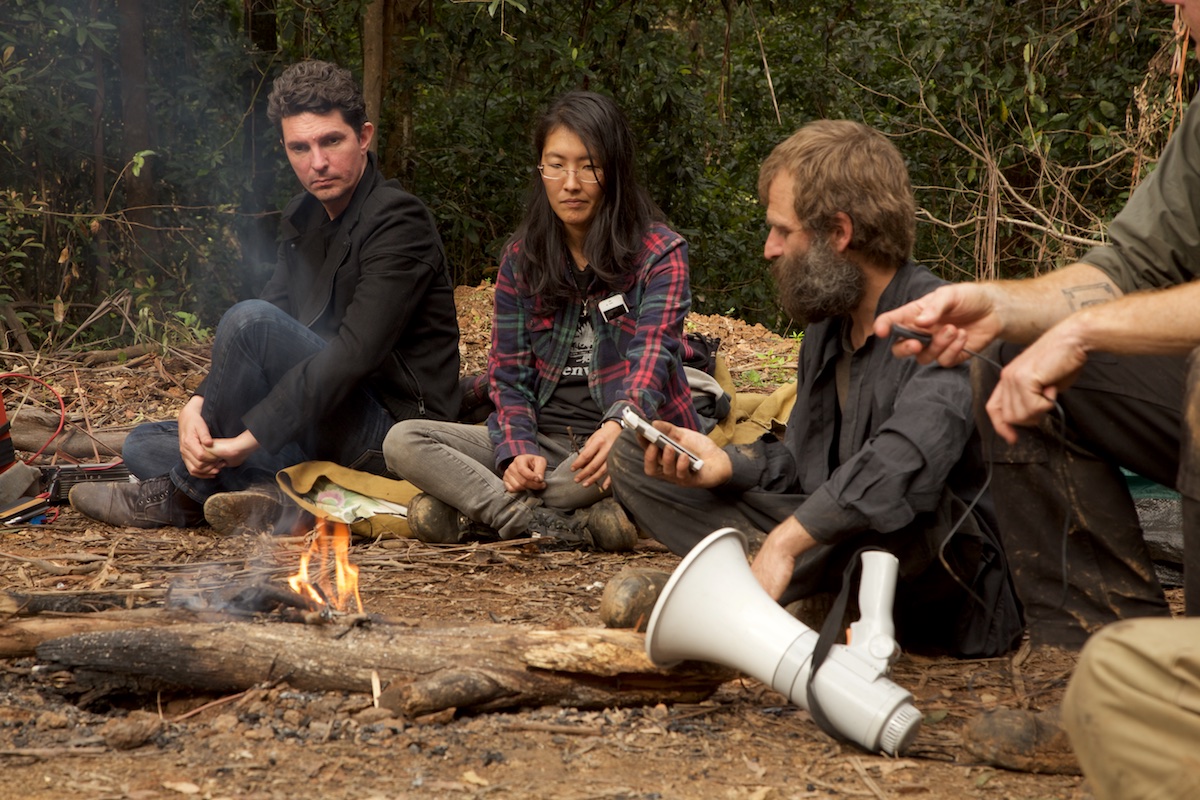 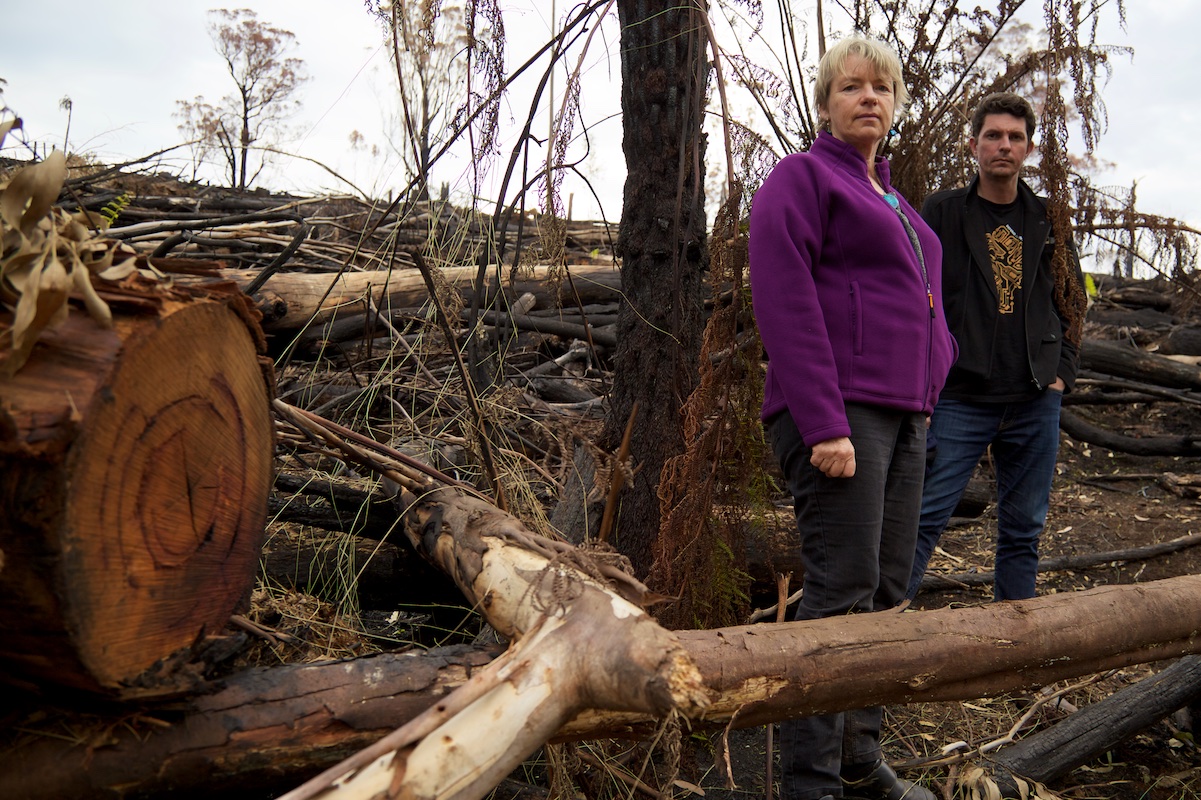