The Victorian government has written to members of GECO who did the survey that exposed recent illegal rainforest logging, threatening to prosecute them for entering the logging area!

Unbelievable but true, the government has stooped to new lows here in an attempt to silence us. Click read more to read the New Matilda article below. 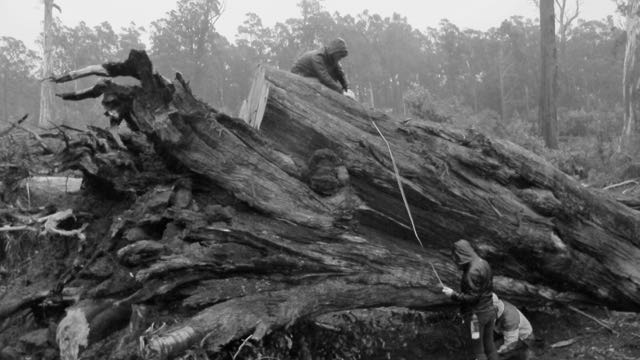 A Victorian environmental group is being investigated for exposing potentially illegal rainforest clearing by Victoria Forestry, despite the state Environment Minister being “very disturbed” by the “extremely poor practice” the group helped reveal.

In an ironic twist it is the green group, which was shortlisted today for a United Nations Habitat Restoration and Biodiversity award, that now finds itself under investigation. 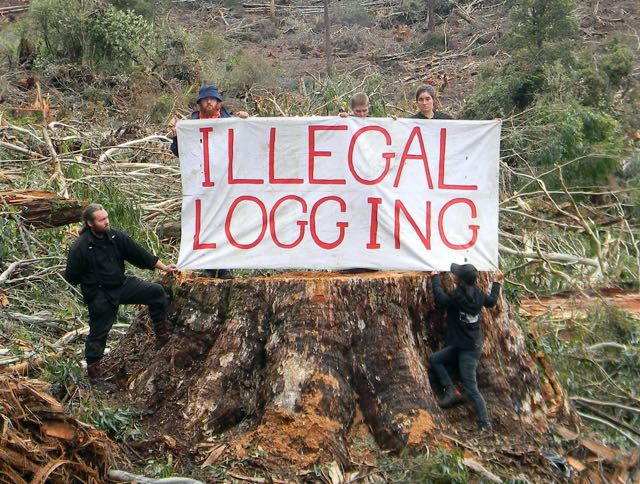 A spokesperson for the Department of Economic Development, Jobs, Transport and Resources (EDJTR), which is conducting the investigation, said it is illegal to access the public forests when harvesting is underway and that members of GECO may be prosecuted.

Ed Hill, a spokesperson for GECO, said it was “outrageous” that his organisation is under investigation for exposing “the senseless destruction of ancient forest”. The group is calling on the Victorian government to make a public announcement calling the investigation off.

“We are out there on the ground monitoring these operations because [VicForests] consistently are found to be in breach of local laws that protect significant environmental values like rainforests.

“It’s very surprising because the Environment Minister took these allegations regarding the rainforest logging that we exposed very seriously and condemned them quite strongly.

“So we’re very surprised that a government department would seek to bring a prosecution against community members that are just out there doing the work the government should really be doing.”

A spokesperson for EDJTR declined to comment further until the investigation concluded. He did, however, confirm that “Forestry Compliance Officers do have discretion when it comes to determining appropriate compliance action,” meaning the investigation could be dropped at will.

According to the spokesperson the penalties “range from providing advice and direction, to providing verbal and official warnings, to issuing Infringement Notices to charging and prosecuting”.

Neither the Environment Minister nor the Agriculture Minister, whose department includes the EDJTR, responded to requests for comment as to whether they would step in to end the investigation. 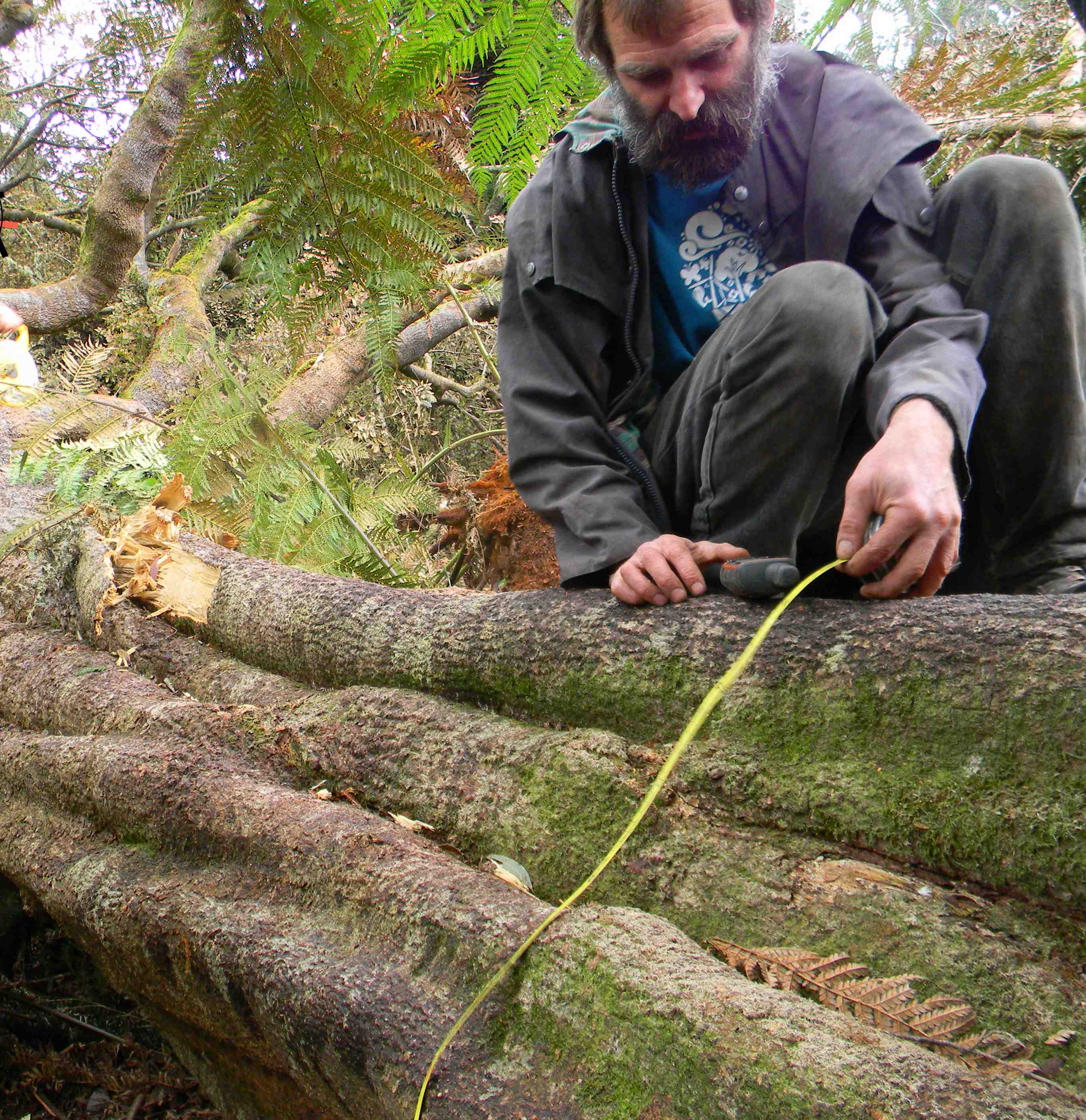 Hill, one of the GECO members facing prosecution, said he had written to both ministers on Thursday but was yet to receive a response in relation to the investigation.

"They really need to publicly withdraw the threat of prosecution against us, as we were acting in the public interest," Hill said.

"They need to show Victorians they are taking this seriously and they actually value the public's engagement in these issues in the face of inadequate regulation of VicForests."

Under Victorian law rare rainforest communities, which usually occur in linear stretches along water courses or in gullies which haven’t been disturbed for hundreds of years, “must not be harvested”.

The classification of ‘rainforest communities’ at law is complex, but the government’s own report confirmed “the presence of a significant quantity of rainforest canopy tree species at the site”.

Although, it’s difficult to reconstruct what was there because “the current disturbed state of the area (caused by harvesting operation) does not permit an accurate physical assessment or measurement”. 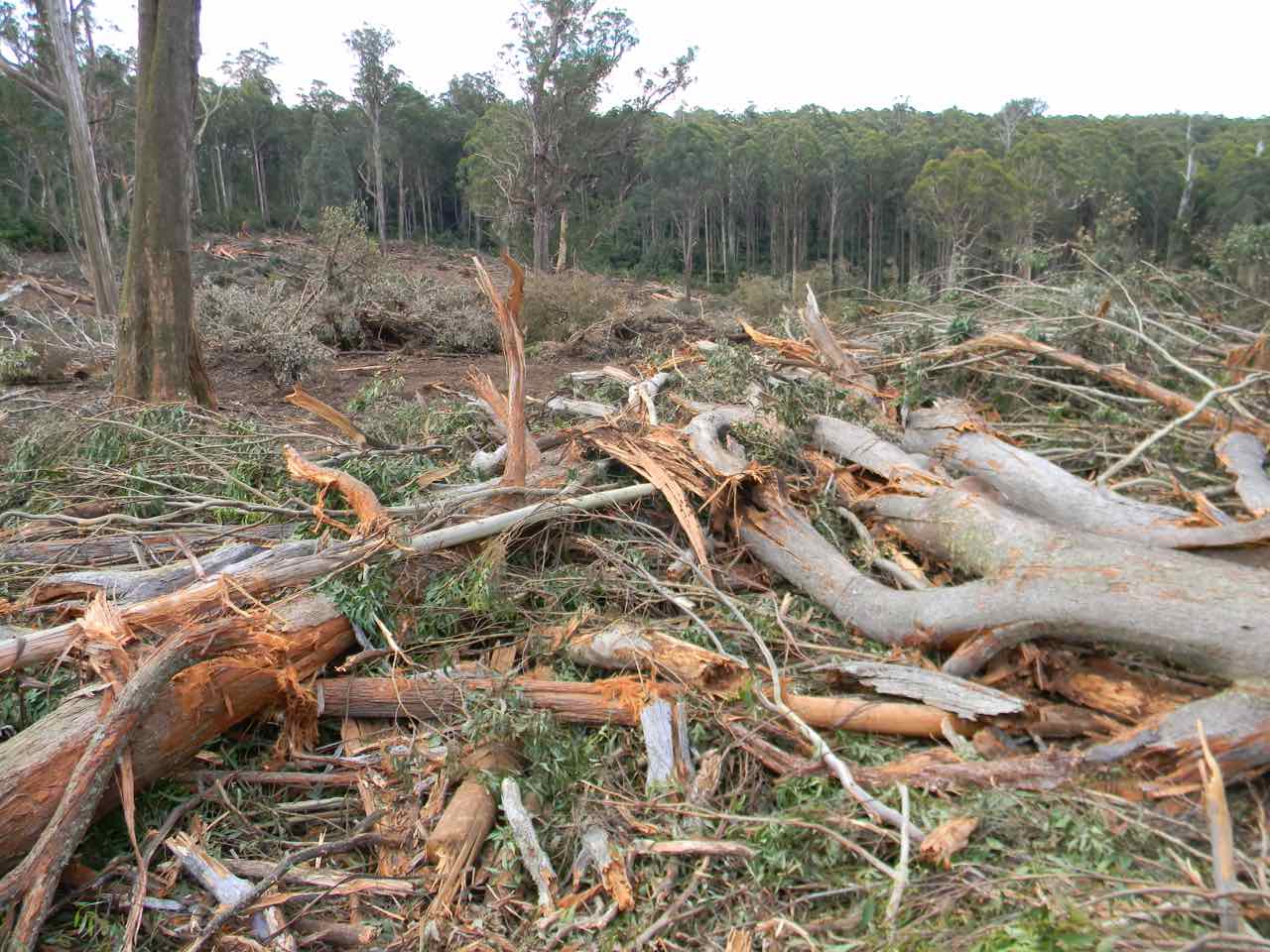 ords, the evidence had already been destroyed, which is why the report’s findings were “inconclusive” and did not make a judgement on whether VicForests had breached the law.

Hill believes that the cleared habitat was of high conservation value. He said the report GECO submitted to the government “documented pushing over 34 large rainforest canopy species”.

“VicForests aren’t allowed to sell them, there was no reason to clear them at all,” Hill said.

As a result, the loss-making government corporation has been ordered to conduct more spot checks of its logging contractors, who its General Manager of Planning Nathan Trushell has promised to “work with to improve practices”. 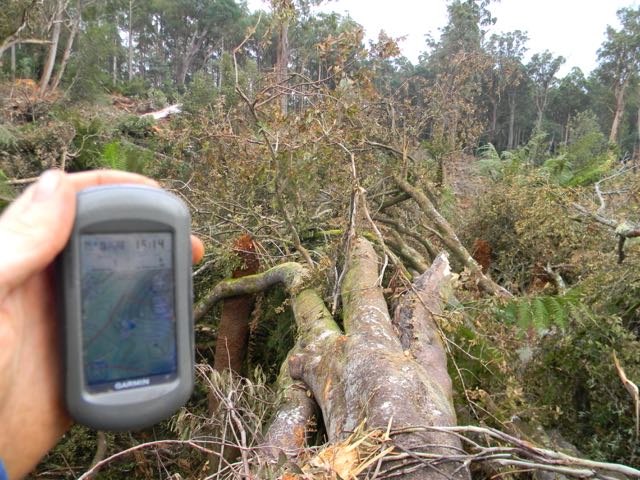 Conceding “there were some trees unnecessarily pushed over as part of this operation,” Trushell “committed to looking at additional measures which can be put in place to avoid unnecessary damage to smaller areas containing species typically found in rainforest”.

These are inadequate Band-Aid fixes, according to Hill, who said there had been a “systemic failure to adequately protect rainforest and follow the appropriate measures when the law requires them to do so”.

It’s a claim that has found some political support with the Victorian Greens Forestry Spokesperson, Samantha Dunn, who said “there have been many, many complaints about VicForests over the years and breaches over the years, but very, very few prosecutions in all of that”. 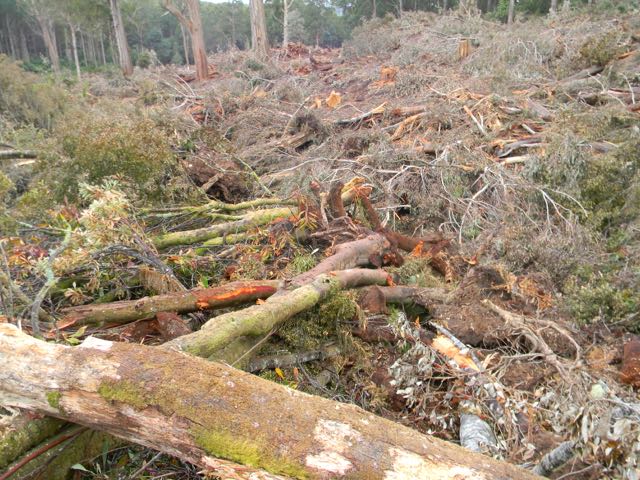 Hill suspects VicForests’ failures are “really a land grab”. “They want to get these rainforest species, these wet forest species, out of the way to create a hot fire in the area which will burn everything out of the way and create an ash bed which they’ll drop a couple of species of eucalyptus forest in,” he said.

“The really good habitat for the threatened species is in the way, and the rainforest is in the way; VicForests wants to clear it out, basically to create their tree farms.”

He argued that the practices had for some time enjoyed political support, and that the former Victorian government “went out of their way to shield VicForests logging operations from public scrutiny”.

“[People are] put into that role because the department knows they will not do their job; basically, you apply for that job by saying ‘I’m not going to do the job’.”

“A few years ago when illegal logging operations in Far East Gippsland had been taking place, there was a worker in the timber compliance unit who reported this illegal rainforest logging operation and he actually pursued a prosecution against VicForests.

“This case never went to court, there was a slap on the wrist [for VicForests]and a warning to try a bit harder, and this particular fellow in the department disappeared.”

Dunn has demanded it be brought to an end.

“We’ve got a report from the environment department that is pretty damning of VicForests, and talks about them having ‘partial culpability’ in all of that,” she said.

“You’ve got a group of community members who are really doing the work for Vic Forests, and now the gall of facing a prosecution for that. 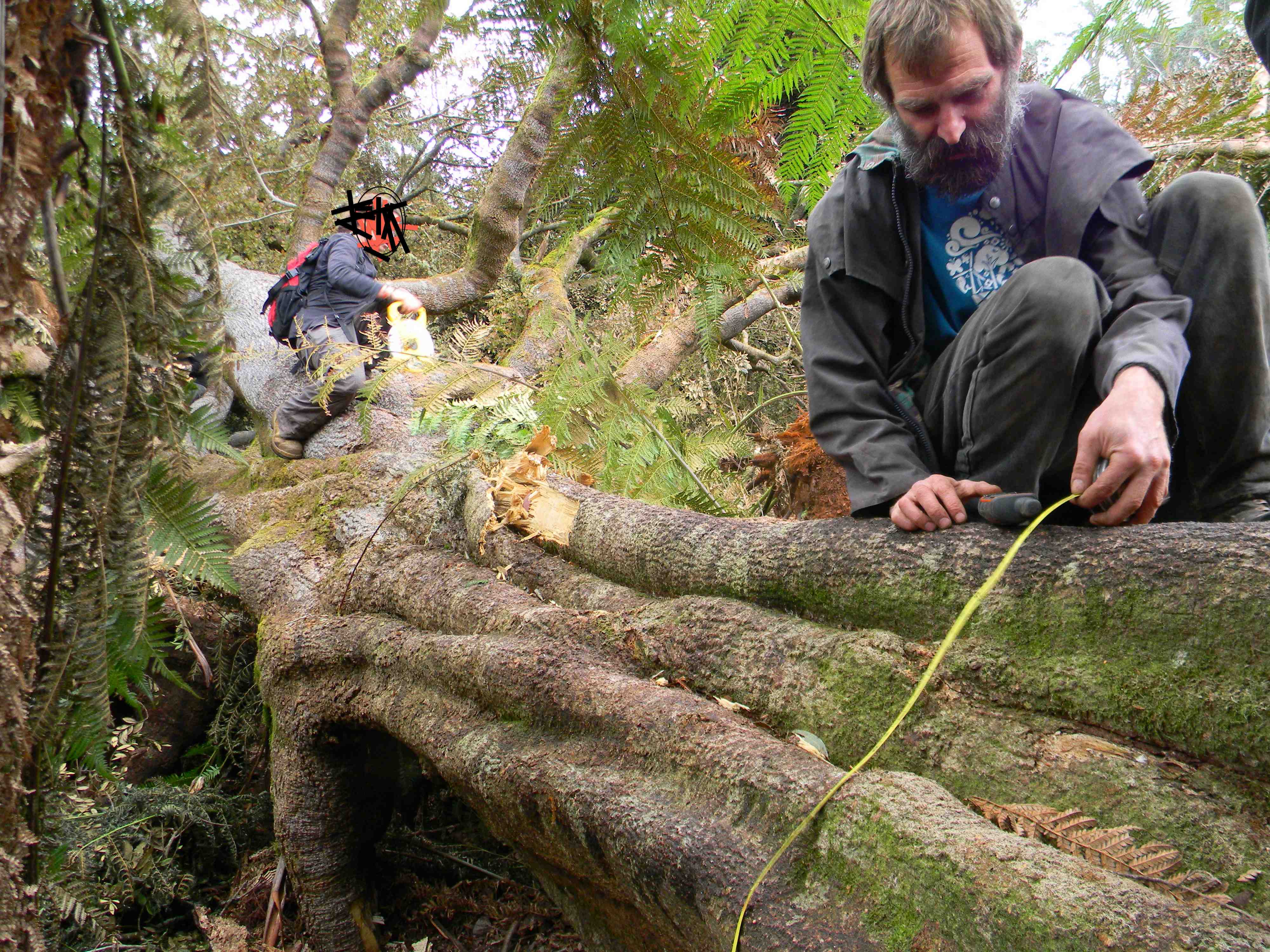