An interesting predicament for anyone who knows the history of logging in East Gippsland. How could the council have unanimously endorsed a forestry position paper (p133) that both the Nationals and environment groups are both on board with? As it turns out, it's what lens you are using to look at it.

Overall what the paper proposes is a radical departure from anything council has ever produced on logging. For East Gippsland this is huge. As well as including the end of clearfelling, it also includes the protection of biodiversity, protection of the unburnt, investment in nature based tourism and recreation, and a just transition for all affected communities.

What is known as the “Forest wars” lasted for around 2 decades from the 80’s right up to the early 2000’s. No where was this felt more divisive than in East Gippsland. In 1995, 300 logging trucks blockaded Parliament House in Canberra for 5 days on the issue of the ability to woodchip. In Orbost, a pivotal Timber Town in East Gippsland, they closed their shops to the public in solidarity with loggers. Following on from this was the Goolengook blockade which amassed over 500 arrests, lasted for 5 years, with the state spending over $1.5M to extract only $400, 000 worth of logs. Much of the terrain was fought over the entitlement to log old growth forest. Today, despite part of Goolengook becoming National Park and Daniel Andrews announcing an end to old growth logging in 2019, the permanent protection of these areas are still yet to be delivered. 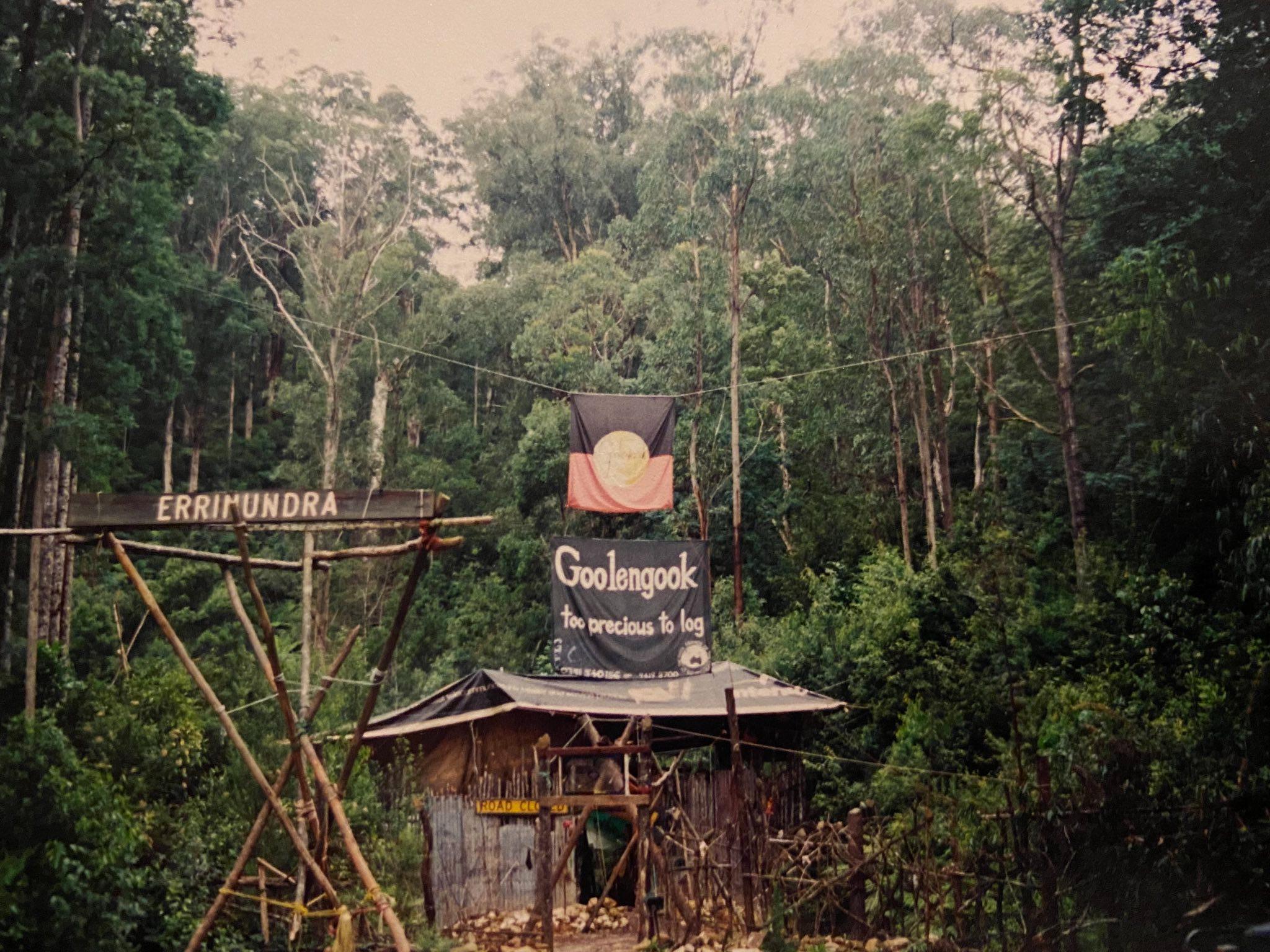 It’s worth reflecting how deep these divisions remained, even up until today. In the lead up to the 2014 state election a ‘forest industry task force’ was created by the state government in an attempt to negotiate and delegate responsibility for the future of Victoria’s native forests. The task force included a range of environment groups, the logging industry, and the CFMEU. After more than a year all parties abandoned the process, despite having agreed that the industry was reaching its limitations in terms of resource supply and could not continue in its current form.

Prior to the mid 1990’s, back in the days of the “forest wars”, logging was the remit of the Commonwealth. Tired of having to politically mediate between these opposing constituencies, Paul Keating decided to handball the responsibility to the states via the creation of the Regional Forest Agreements (RFAs). Ten RFAs were created between 1997 - 2001 across Victoria, NSW, Tasmania, and Western Australia. East Gippsland was the first RFA signed. The RFAs were flawed from the beginning. As part of their creation, the new State based jurisdictions were made exempt from national environment laws and the EPBC act specifically. Forestry is the only extractive industry to have such an exemption, and Professor Samuel Graham noted to rectify this in his review of the EPBC Act in 2020 (Recommendation 15).

Prior to the East Gippsland Shire Council there was the Orbost Shire - one of the biggest shires in Victoria at the time. In 1983 the region had 19 sawmills overall, with Orbost Shire having an emphatic relationship with the industry. On the 13th of March, 1991 it was reported in the Snowy River Mail that the Shire of Orbost voted to explore options to cede from the State of Victoria over the issue of logging. Later that year they also reported that council passed a motion to write to the Land Conservation Council objecting to further wilderness areas, stating the letter should include:

“...council’s objection to the restriction of access; no proper management plan; no feral animal control; loss of tourist and timber potential and no fire protection control.”

If you read the forestry position paper, this is a complete and utter backflip.

Established in 1984, Timber Towns Victoria (TTV) is a local government association set up to represent the interests of municipal councils in relation to forestry. By 1986 it had 26 local government bodies as financial members, and 16 municipalities as affiliates. For a long time it dominated council policy with East Gippsland Shire a central protagonist. It was in 1994 that the Shire of Orbost became the East Gippsland Shire Council.

Today, Timber Towns have around 10 members remaining, including East Gippsland Shire Council still.  Despite these dwindling numbers, it continues to play a central role for the logging industry by advocating for a business as usual approach to forest management with its president being appointed to the Victorian Forestry Plan Advisory Committee by the state government.

Yet on Friday 14th of October, 2022, The Municipal Association of Victoria which represents all councils across Victoria passed a motion 51% to 49% to end logging before 2030 due to climate concerns.

In East Gippsland, views propagated by TTV have some currency amongst decision makers, despite their shifting base. Local MP Tim Bull of the Nationals is quoted in the Bairnsdale Advertiser (Wednesday August 24, 2022) responding to council’s position paper by saying

“When you listen to the outcry from green groups you would think the countryside is being pillaged, but it is 0.04 per cent per year.”

“The native hardwood timber industry has changed dramatically over the past 30 years. It’s now a sophisticated, world-class and environmentally-sustainable industry that supports Australian jobs, protects our communities and wildlife from bushfires, and reduces our carbon footprint.” 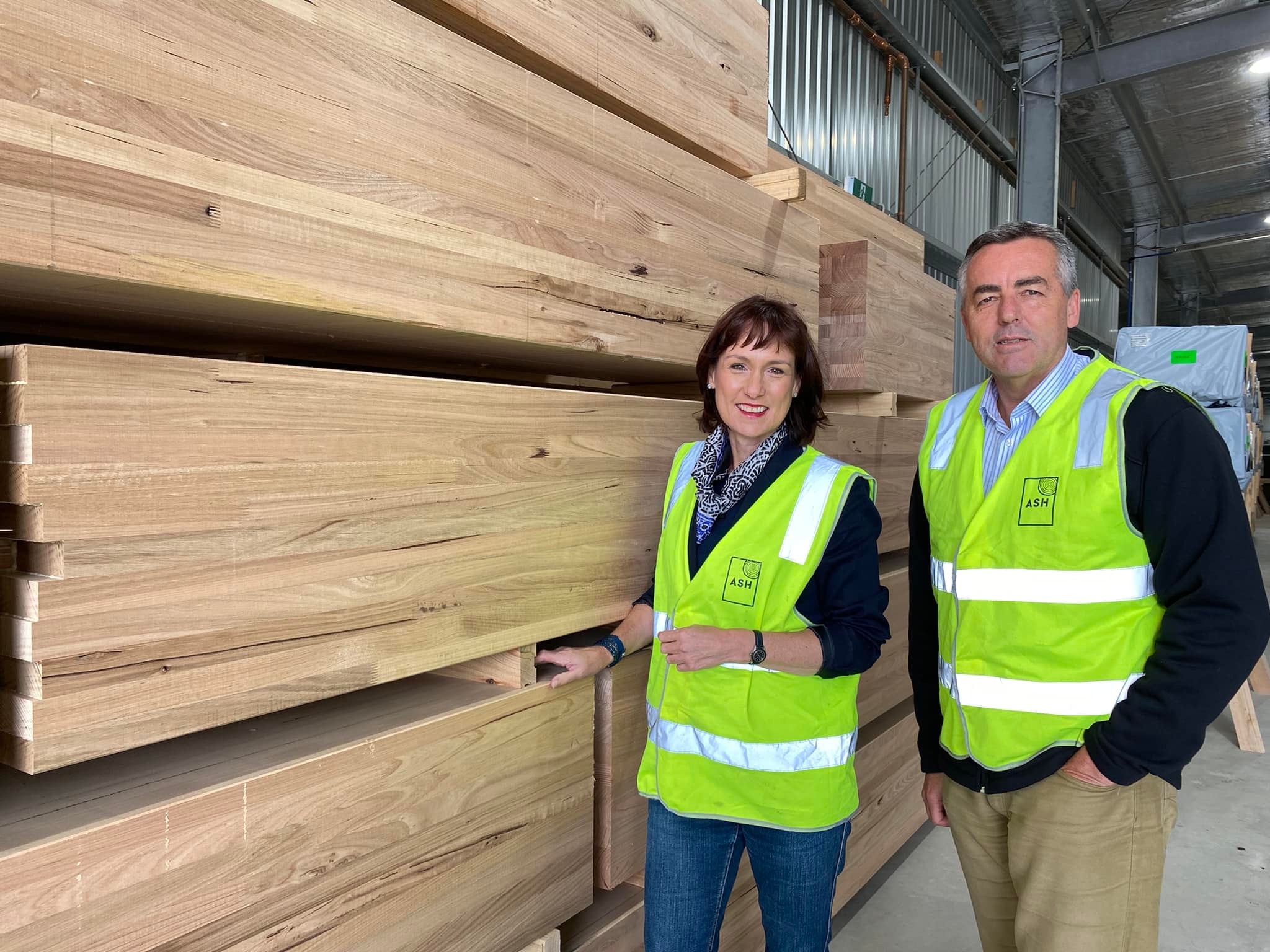 Despite this initial reaction, Darren is now promoting the position paper and the move into low volume, high quality wood - although not saying we need to end clearfelling of course!

Council’s are often close to the needs of the community. The shift in council policy is a dramatic departure from the traditional Nationals party line, and represents a shift in their base they are yet to catch up with. It seems clear though that if the Nationals want support for a transition to low volume, high value logging industry, they must prove first that the environmental outcomes the community is concerned about are being adequately represented and advocated for.

The native logging industry has been in decline for some time, as identified by the Shire in their forestry position paper. This has been a result of industry trends including a growth in the plantation sector in Victoria, now the largest in the country, regardless of John Howard failing to deliver his promised plantation estate. In 2016 - 2017 plantation logs accounted for 86% of all logs harvested, which is (%) of all wood used domestically (p15).  The majority of logged native forests in Victoria are either exported as woodchips, made into pallets, or used domestically for paper and cardboard via the Japanese company Nippon. While the plantation sector in East Gippsland is fairly minimal and also highly contested, the shift to plantations can be seen via the closure of a number of small native forest sawmills. There exists only a fraction of the number of native forest mills which once existed. With most closing since the introduction of the RFAs and a general move toward a woodpulp and pallet driven industry. Radial Timbers, a mill in Yarram, instead of closing adapted early on creating a milling process that exacts the precise outcomes council is hoping to stimulate - high value, low volume wood. While the transition out of native forest logging in East Gippsland will be difficult for some, for others opportunities are only beginning to emerge. Some businesses are seeing that a rapid transition is not just in nature’s interest, but also their own.

While the forestry industry is being shaped by these broader industry trends, there’s been a community upswell which is finally being represented by council. Native logging has a cost to the community in terms of increasing bushfire risk, water security, carbons storage, and biodiversity loss. Coupled with the devastating effect of the Black Summer bushfires, it's increasingly costing other industries too, like beekeeping. Ian Cane, a 3rd generation beekeeper took councillors on a tour of logged coupes and identified to them the lack of multi species regrowth compounded by bushfires and its dire impact for beekeepers. The Treasure family are also 4th generation cattle graziers in the high country, recently starting the group Save Little Dargo River to raise awareness on the impact of clearfell logging on the high country for cattle graziers and the environment. Marjorie Thorpe, an elder for Gunnaikurnai Country in East Gippsland, recently ran for the Greens in the federal election with a major part of her platform being an immediate end to logging.

No where in the country are we seeing this type of coalition which includes cattle graziers, apariasts, traditional owners, and environmentalists against clearfell logging. 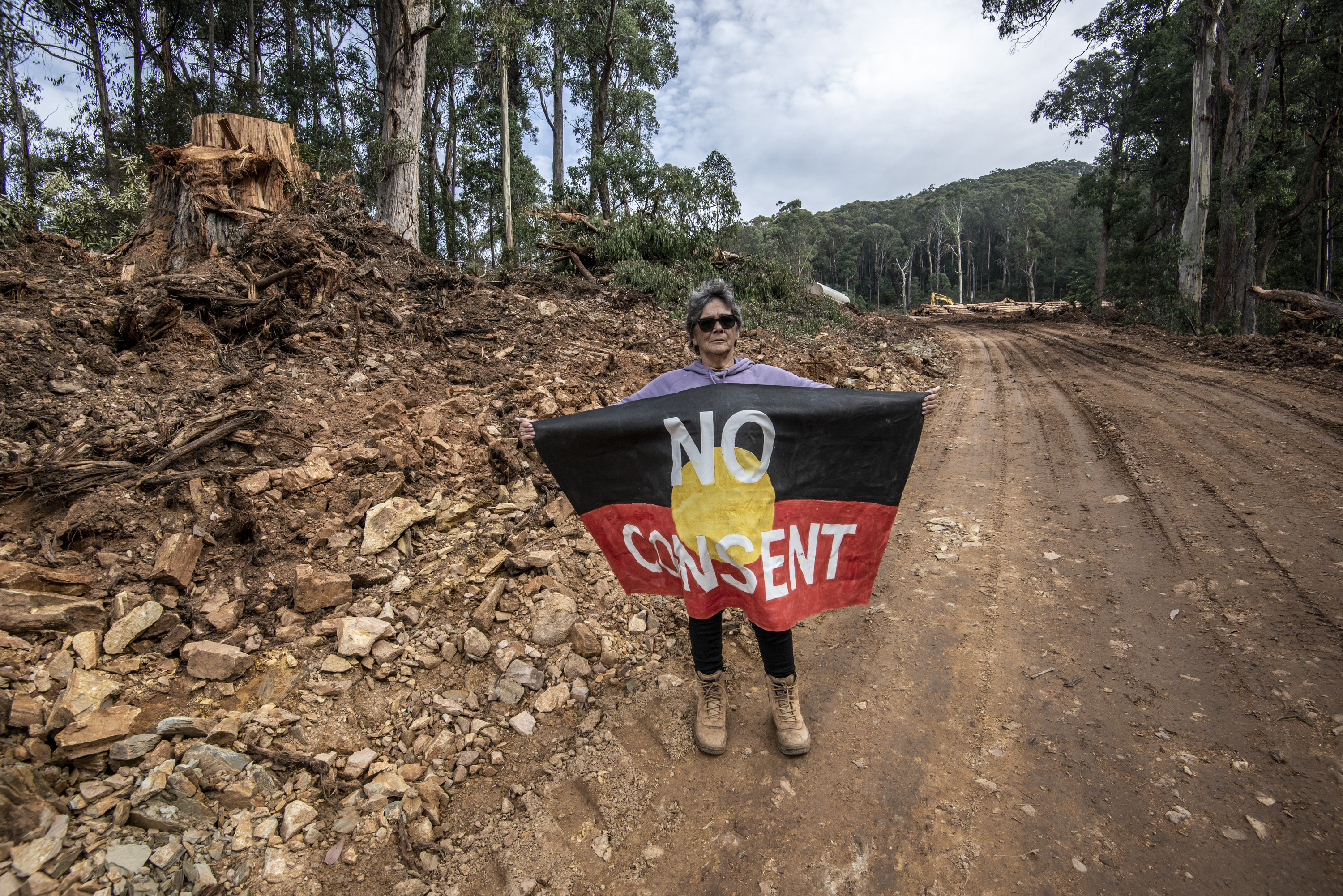 Black Summer fires of 2019 - 2020 are a big part of this. Landscape scale mega fires in East Gippsland are increasing with less suitable forest for harvesting each time. Each time a fire comes through the forest the burden for harvest levels are dumped somewhere else. In 1939 timber harvesters turned to East Gippsland to solve the wood shortage in the Central Highlands. In 2019 - 2020, logging is now focussed on unburnt areas in East Gippsland. Out of the 585,000 ha of state forest in the East Gippsland FMA, only 112,000 ha is outside the fire extent of which 90,000 ha remains unprotected (p1). Which is why Council’s position to protect all remaining unburnt forests is so important.

Council’s position recognises the complex set of needs and also opportunities within regional communities. The inclusion of these important environmental outcomes within the council's forest position paper shows there is a regional mandate for environmental protection and an end to clearfell logging. After the bushfires, the regions are waking up and articulating themselves the need for a transition, despite their local MPs lagging in perspective.