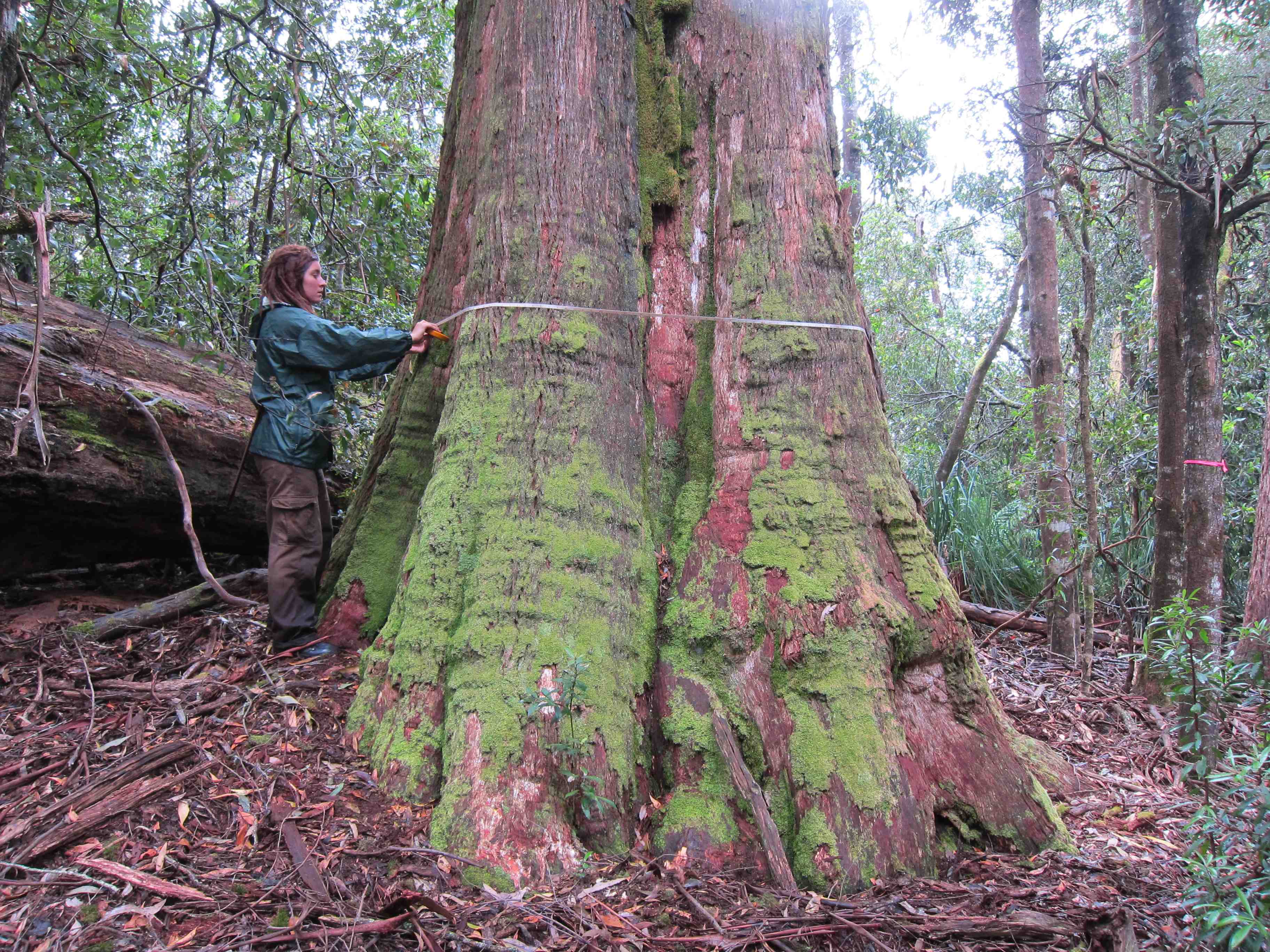 As world leaders meet in Paris to reach an agreement on how to tackle climate change, GECO has embarked on an ambitious project to measure the carbon stocks in old growth forests of East Gippsland.

The tall wet Eucalyptus forests of south east Australia are the most carbon rich forests on earth. Logging and burning of native forests is destroying some of the world's greatest carbon stores, releasing massive amounts of carbon into the atmosphere. This project is really exciting because there's a large body of forest carbon science from the Central Highlands of Victoria and Tasmania, however the mixed species wet Eucalyptus forests of East Gippsland have never been sampled. We're looking forward to finding out more about the role East Gippsland's forests play in fighting climate change. 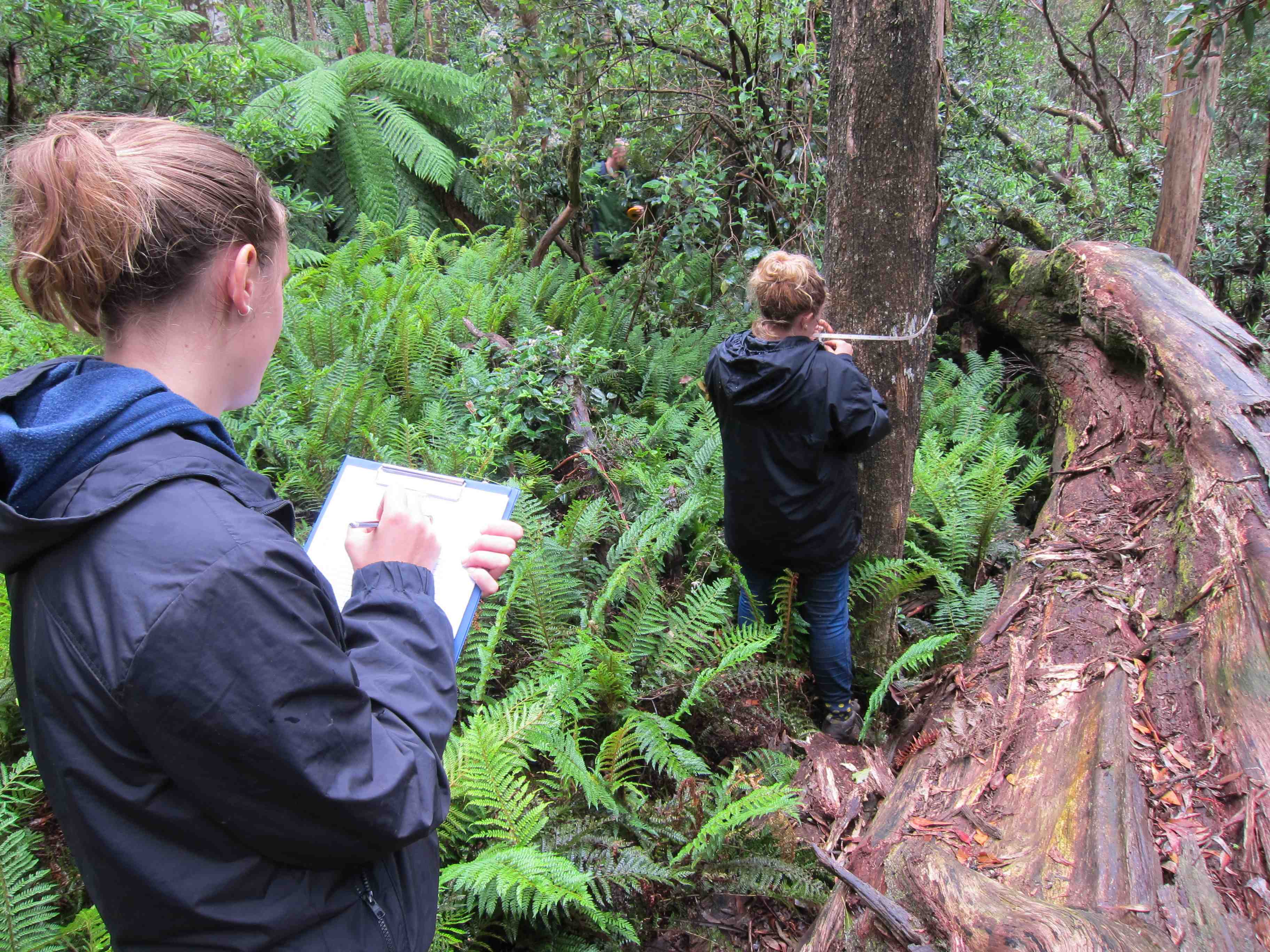 We engaged Tasmanian botanist Nick Fitzgerald to help get us started with this project. Nick has developed a forest carbon accounting methodology that has been used extensively in Tasmania. A similar method is used by leading forest carbon scientists, thier research has found the tall wet Eucalyptus forests of South East Australia are among the most carbon rich on earth. 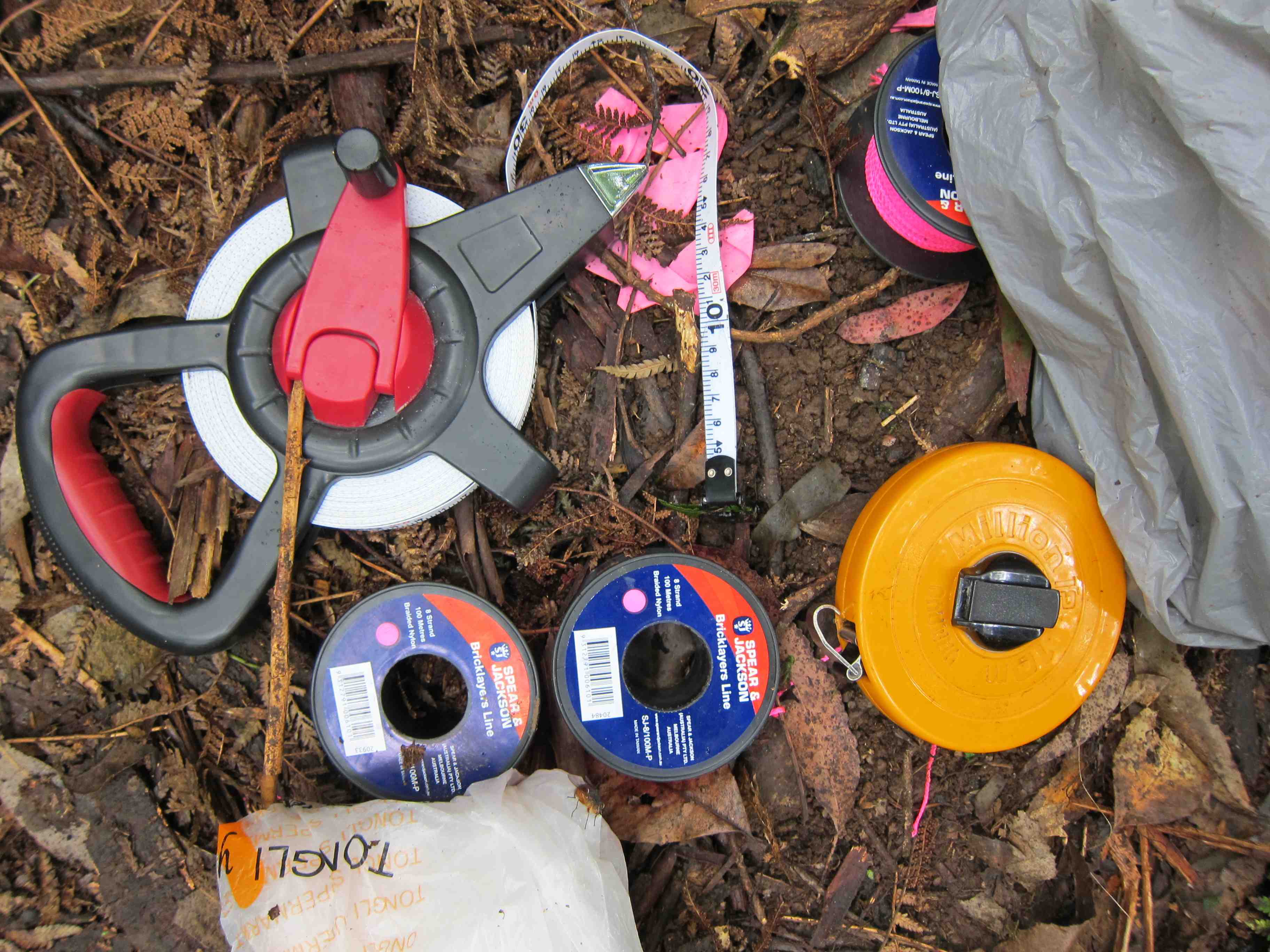 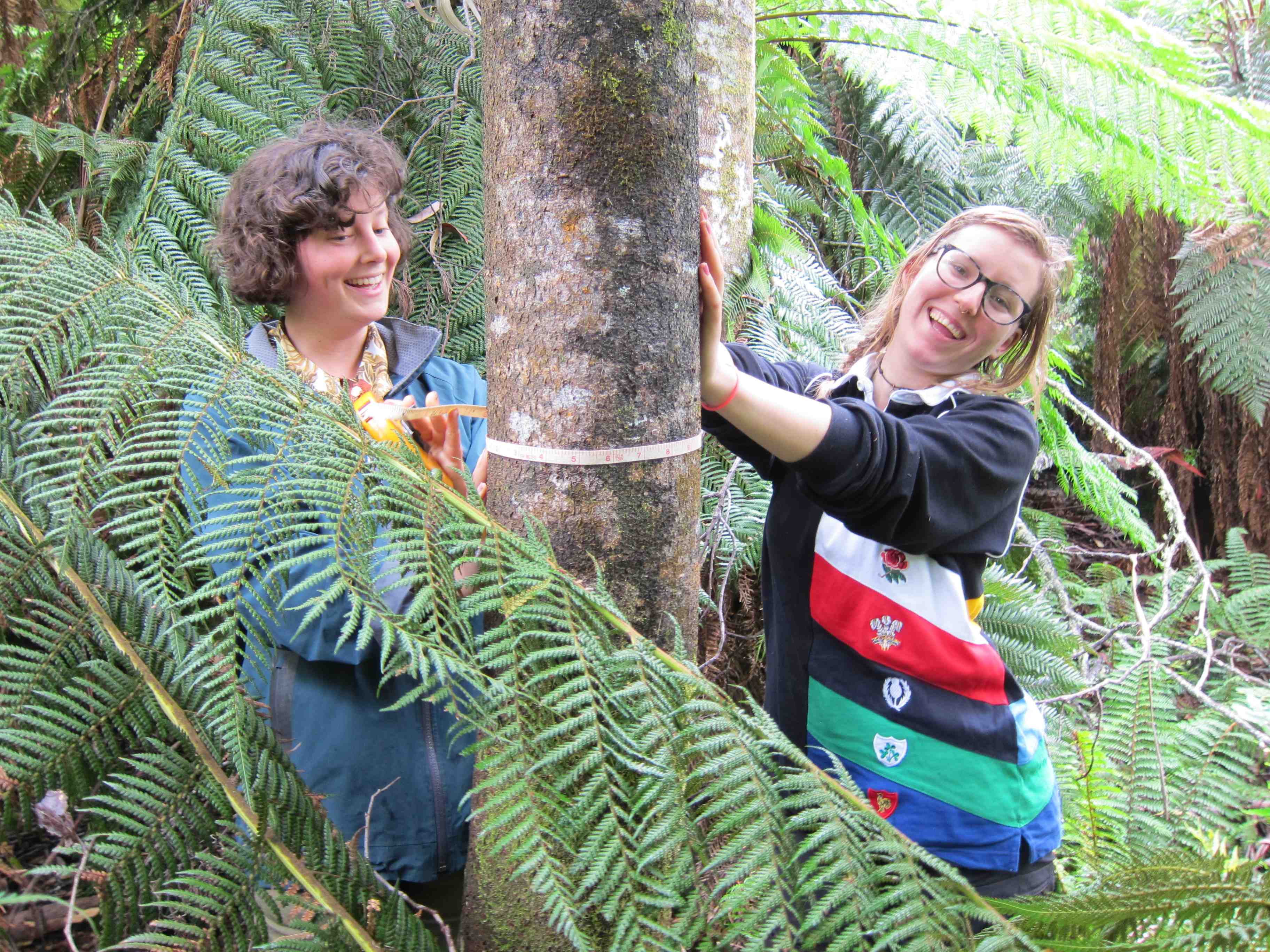 The method is pretty simple but labor intensive, however with plenty of people at our citizen science camp this week we managed to get a lot done. We start by marking out a 1 hectare plot using measuring tapes and string. Then we measure every tree greater than 20cm diameter at breast height 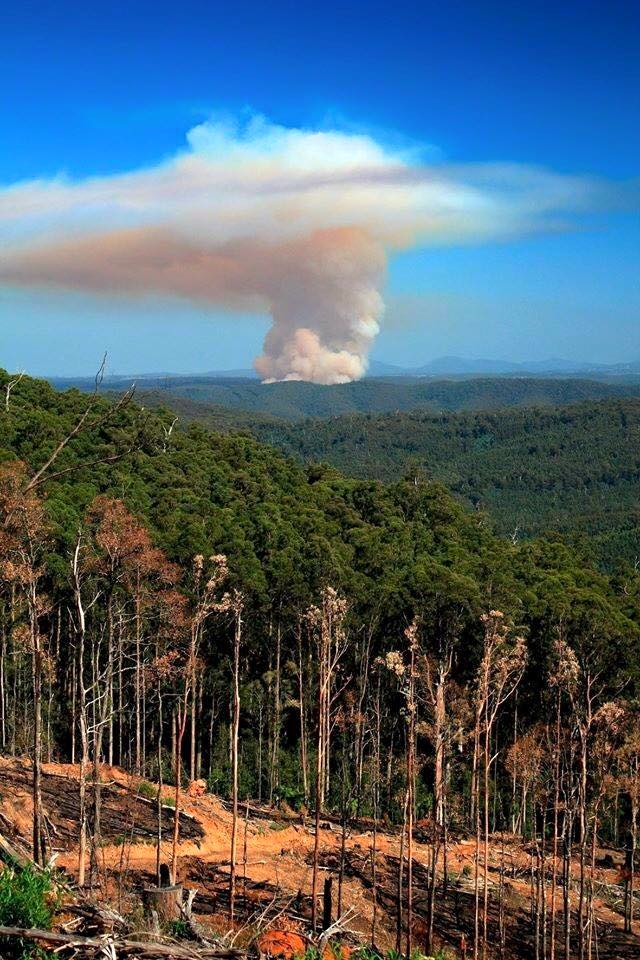 (DBH), then we measure every dead standing tree and stag, then all the fallen logs on the ground.

These measurements are converted using an allometric equation to calculate the biomass of each tree and fallen log. Once we know the biomass, we can work out how many tonnes of carbon a forest is storing within each one hectare plot. Similar work was carried out in the Central Highlands of Victoria and found the tall wet forests were storing up to 1200 tonnes per hectare, with an average of about 700 tonnes. East Gippsland's forests are likely to produce similar results.

Logging and burning of carbon rich native forests produces huge emissions of carbon into the atmosphere. Firstly carbon is released from the wood and soil when logging first takes place. However the largest emissions are produced from the post logging high intensity burns, started by helicopters dropping a napalm like substance onto the "woody waste" left behind after logging. When a native forest is clear felled, only about 10-20% of the trees and biomass in the forest is actually suitable for saw milling and can be turned into wood products that will store carbon into the future. The remaining 80-90% is either left behind to burn and release its carbon or it's wood chipped and turned into short lived, mostly disposable paper products that end up emitting carbon when they break down in landfills all over the world. 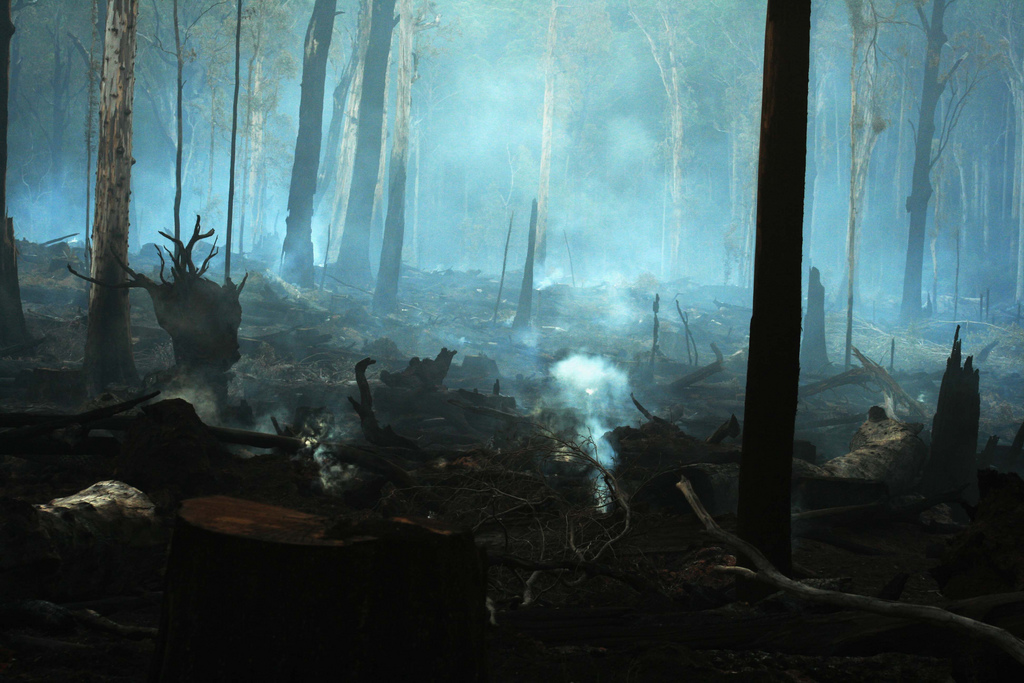 The logging industry claim that logging is 'carbon neutral' because the trees grow back and re-sequester the carbon that was lost through logging. This claim doesn't stack up, because the trees are never left long enough to become fully mature and store carbon at the levels they were before they were logged. For example, when an old growth forest that has been storing carbon for 500 hundred years is logged, its carbon is released through logging and burning. If the forest could grow back for 500 years it may eventually reach a point where the carbon stores have returned to levels present prior to logging. However, with logging rotations of just 40-60 years the forest will be logged long before the carbon that was lost through the first logging rotation can be recovered.

We'll be continuing to collect data on forest carbon throughout 2016. At each survey camp we run, carbon accounting will be an activity on offer. By the end of 2016 after we've run four camps, we should have a solid data set and find out how much carbon East Gipplsland's forests are storing. Click on the images below to view a slide show of the crew who helped collect carbon data this week. 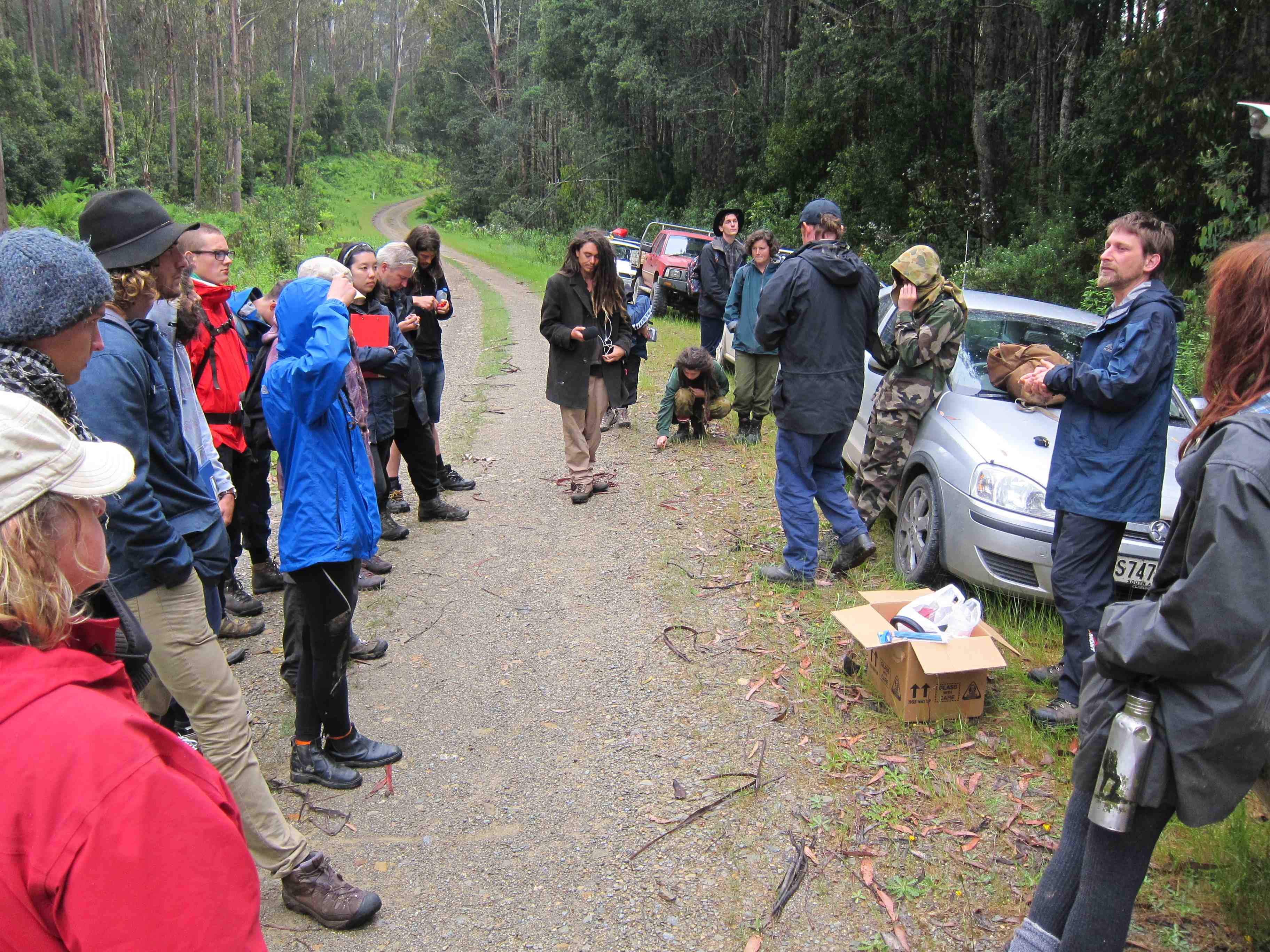 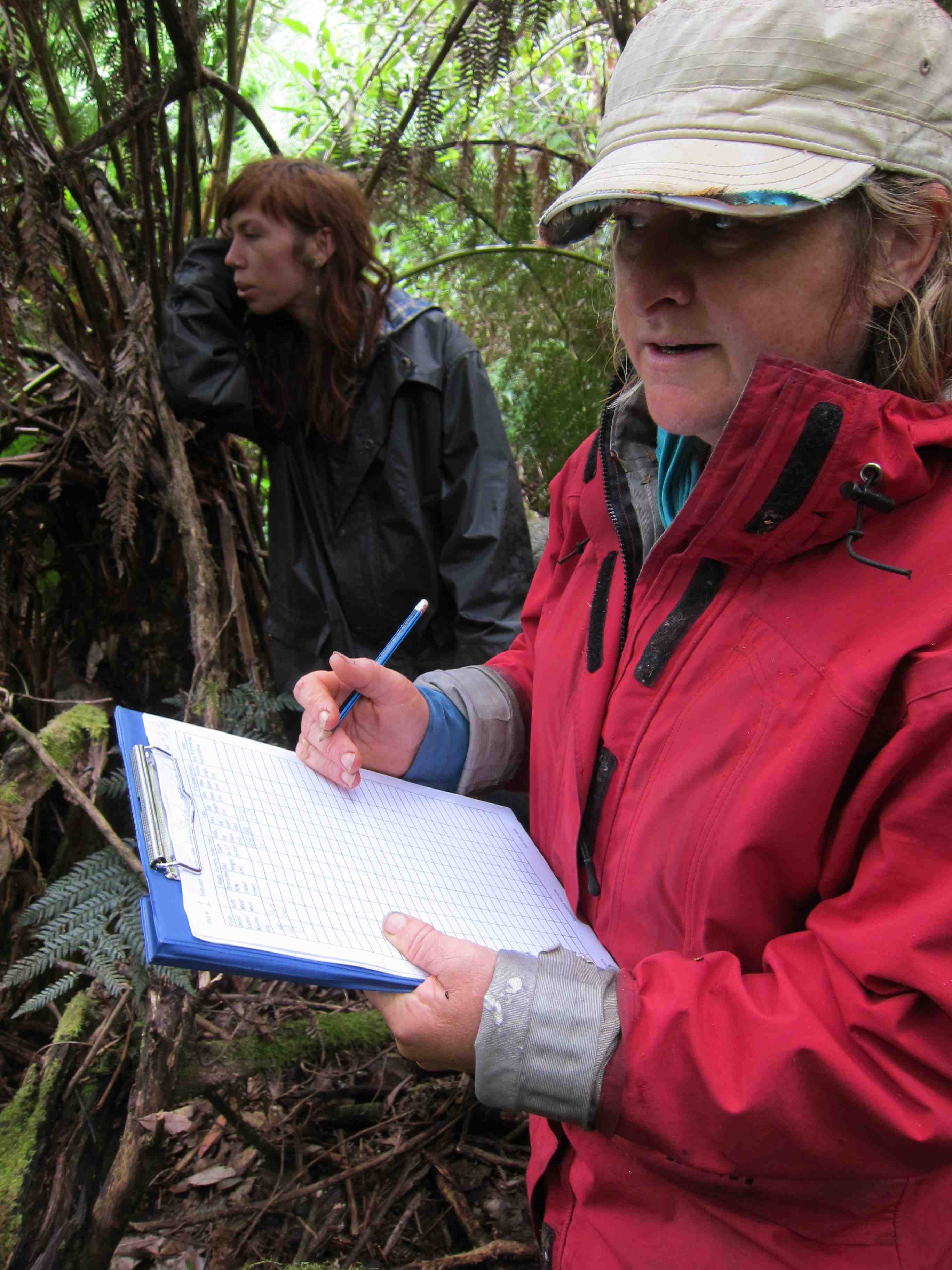 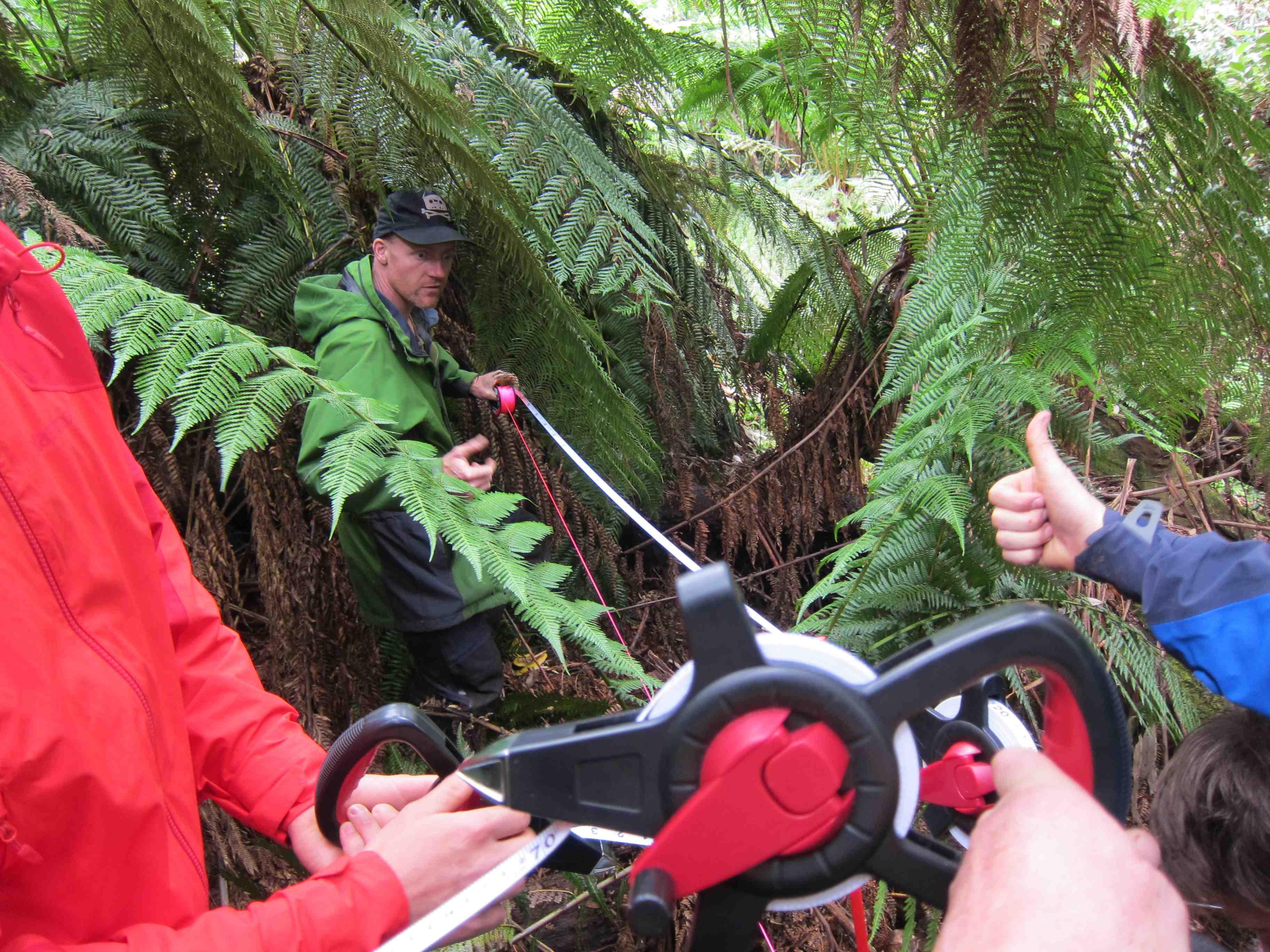 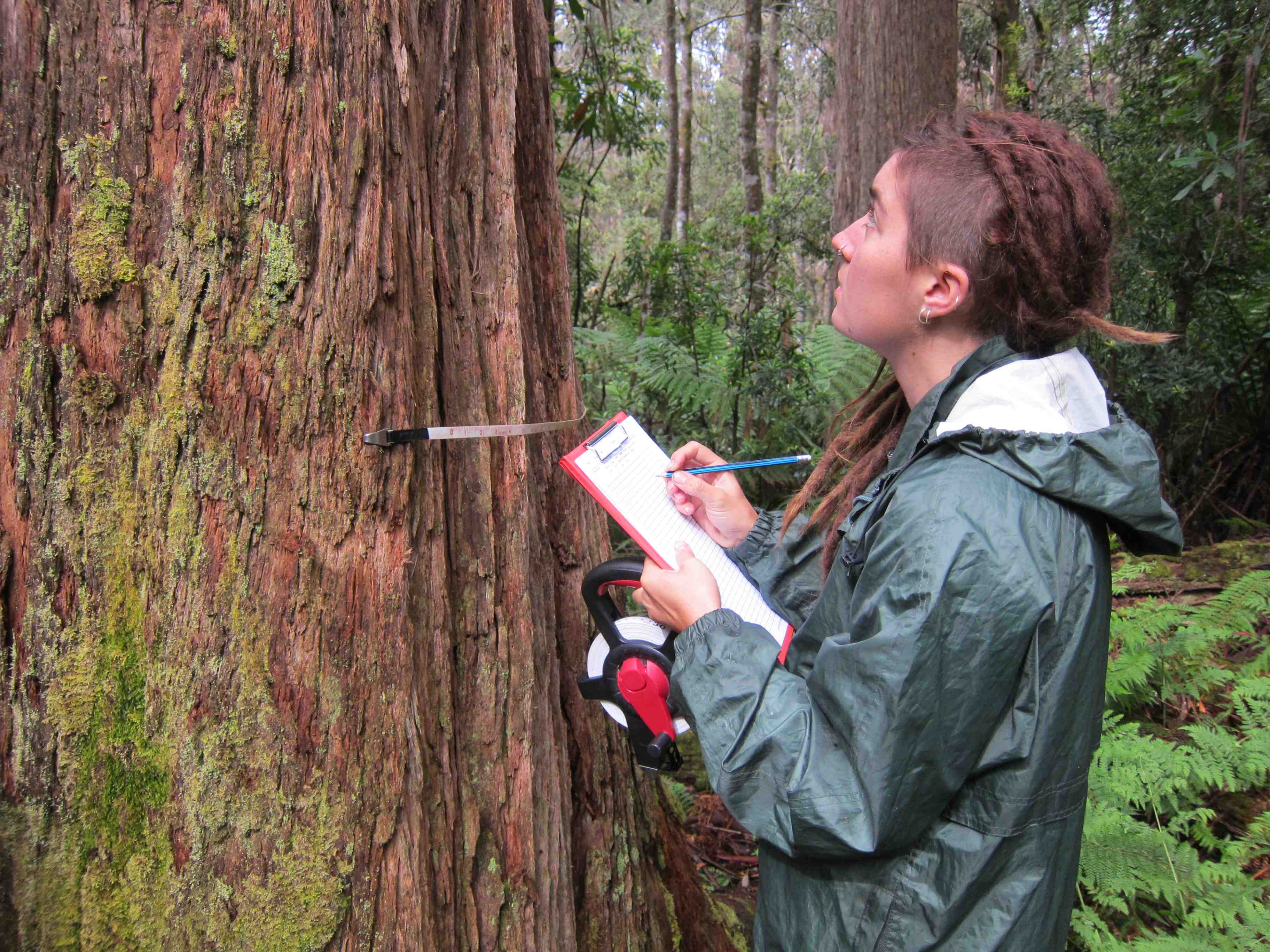 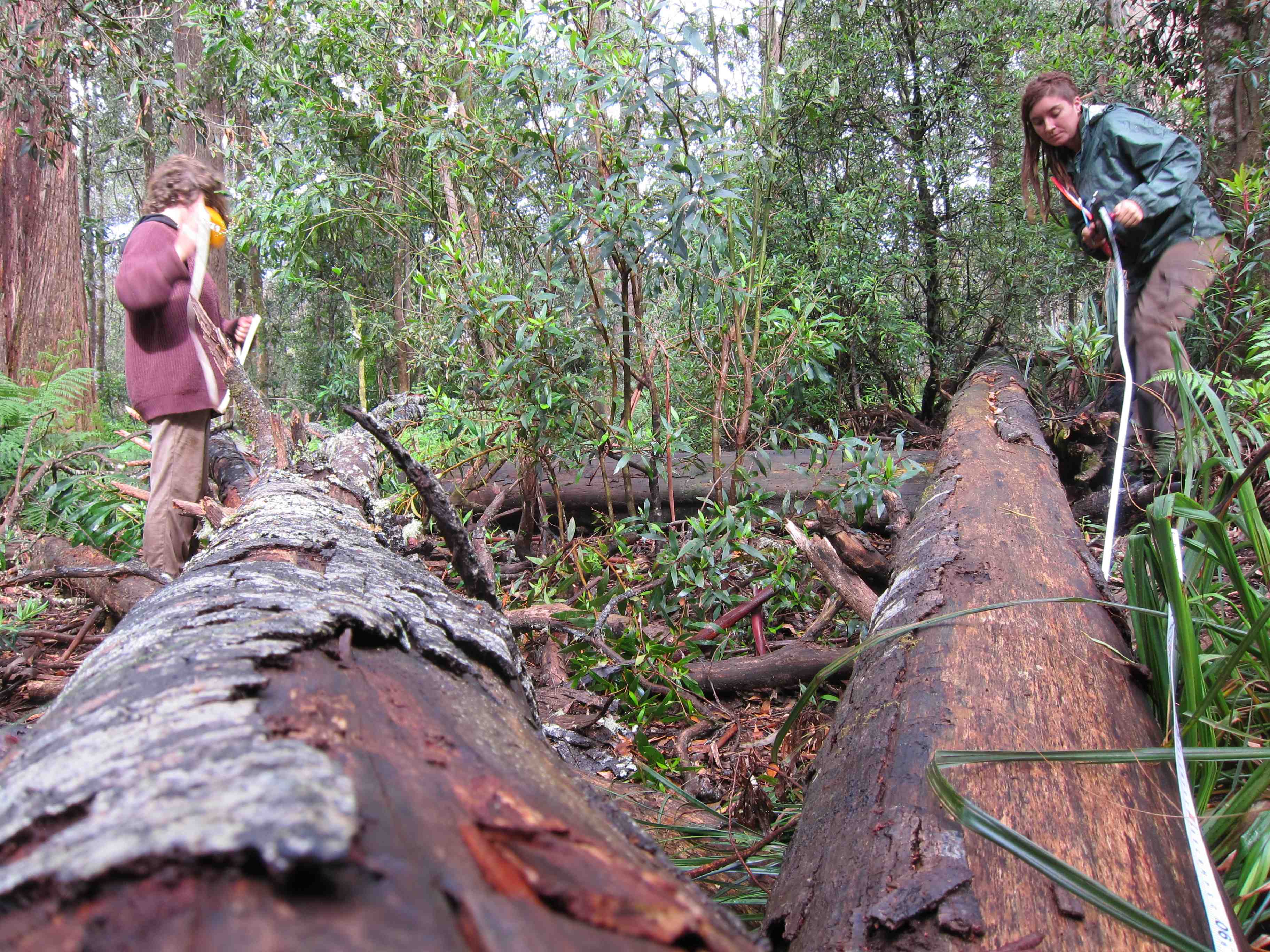 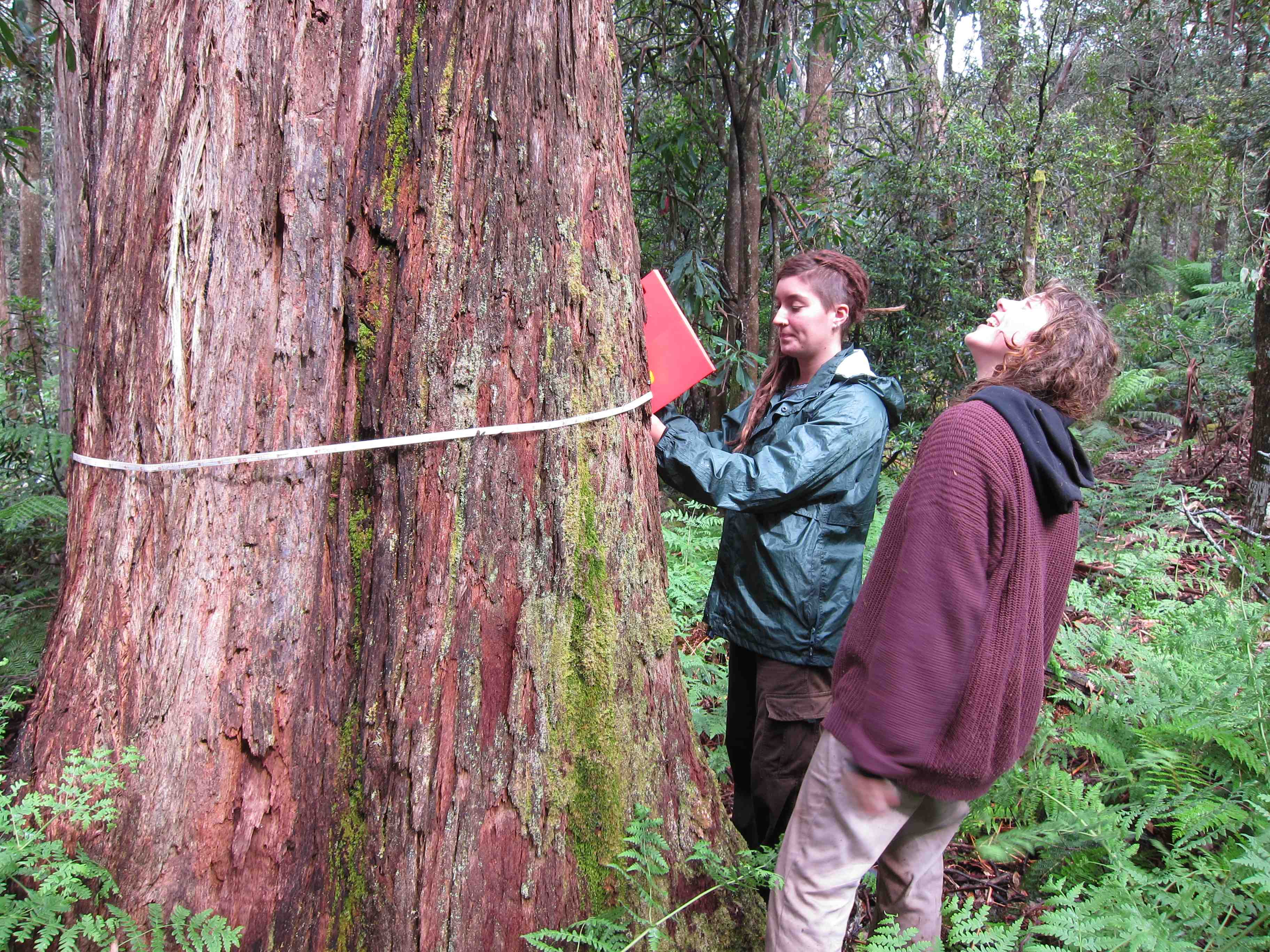 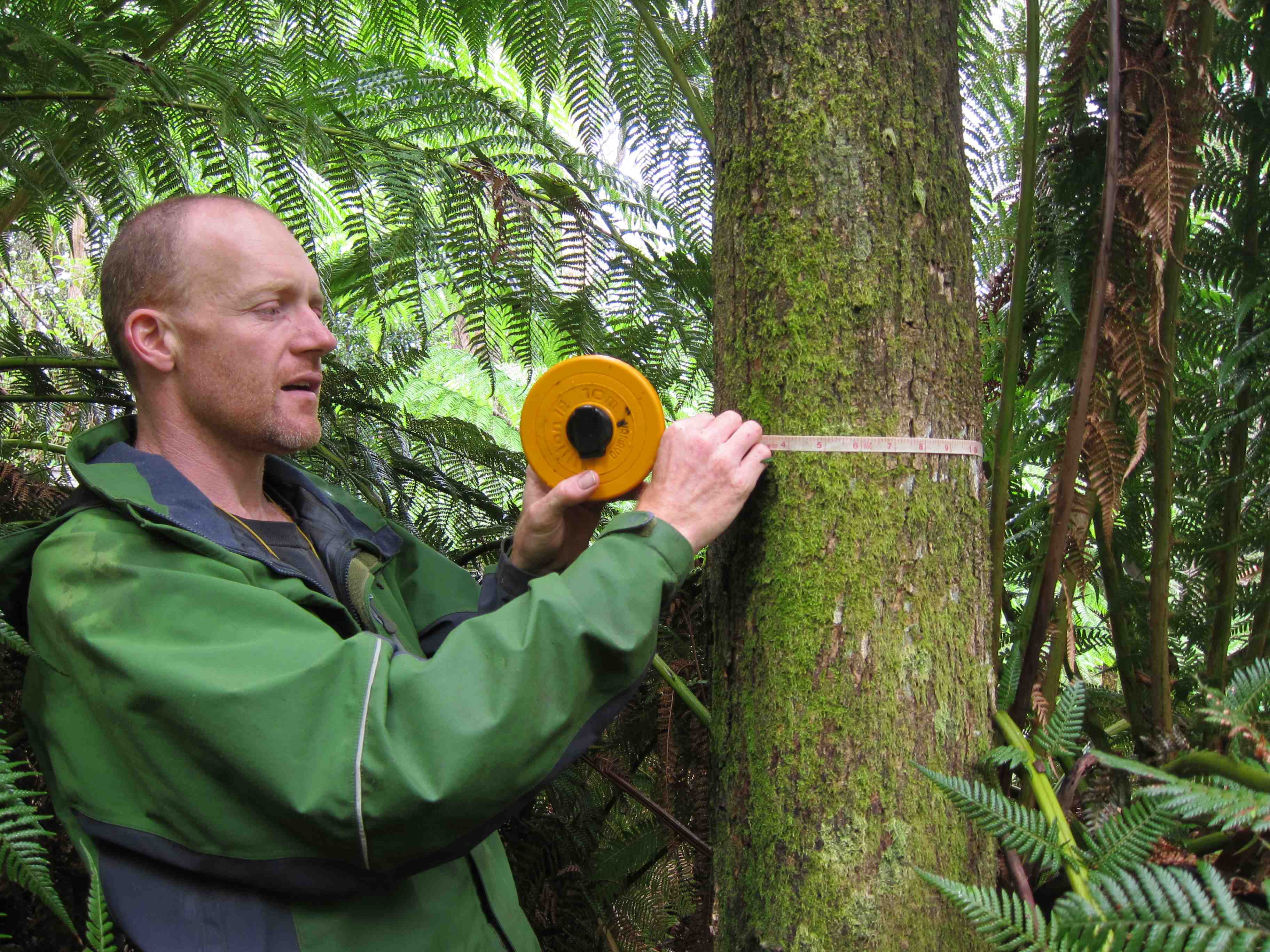 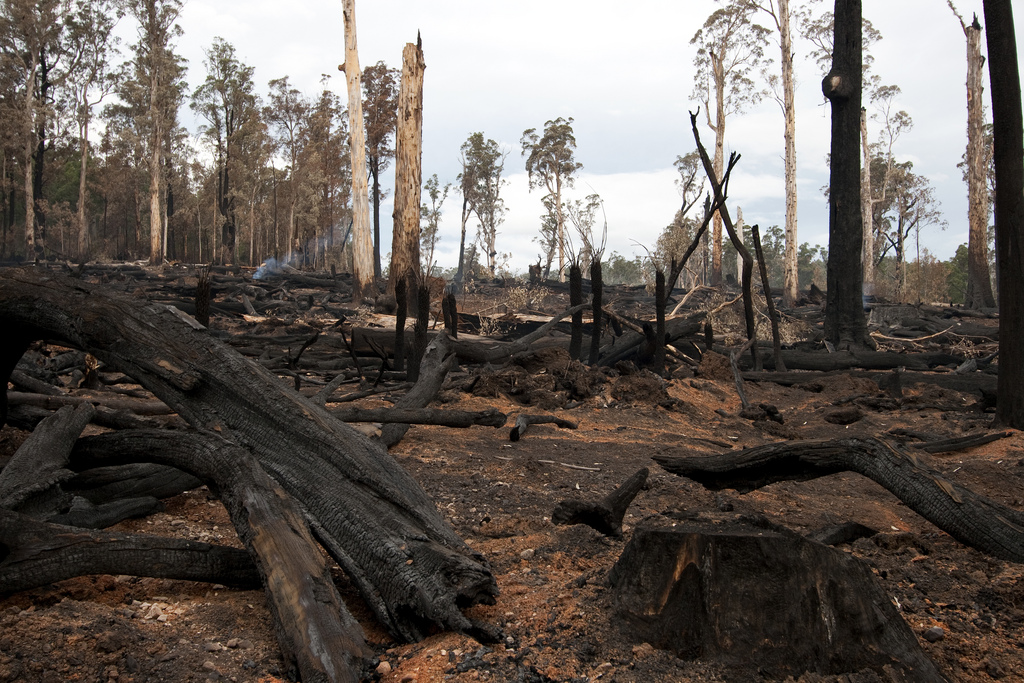 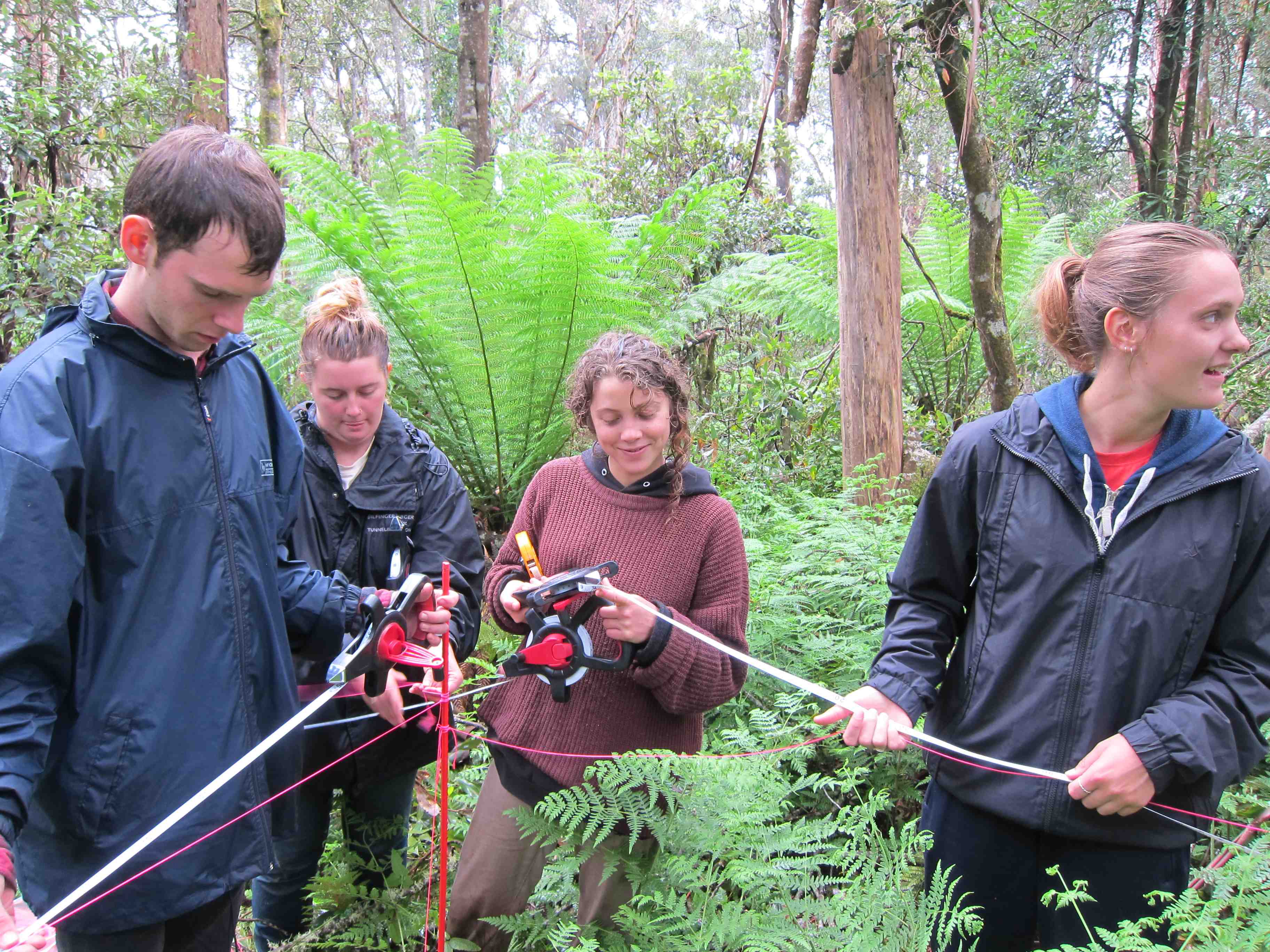 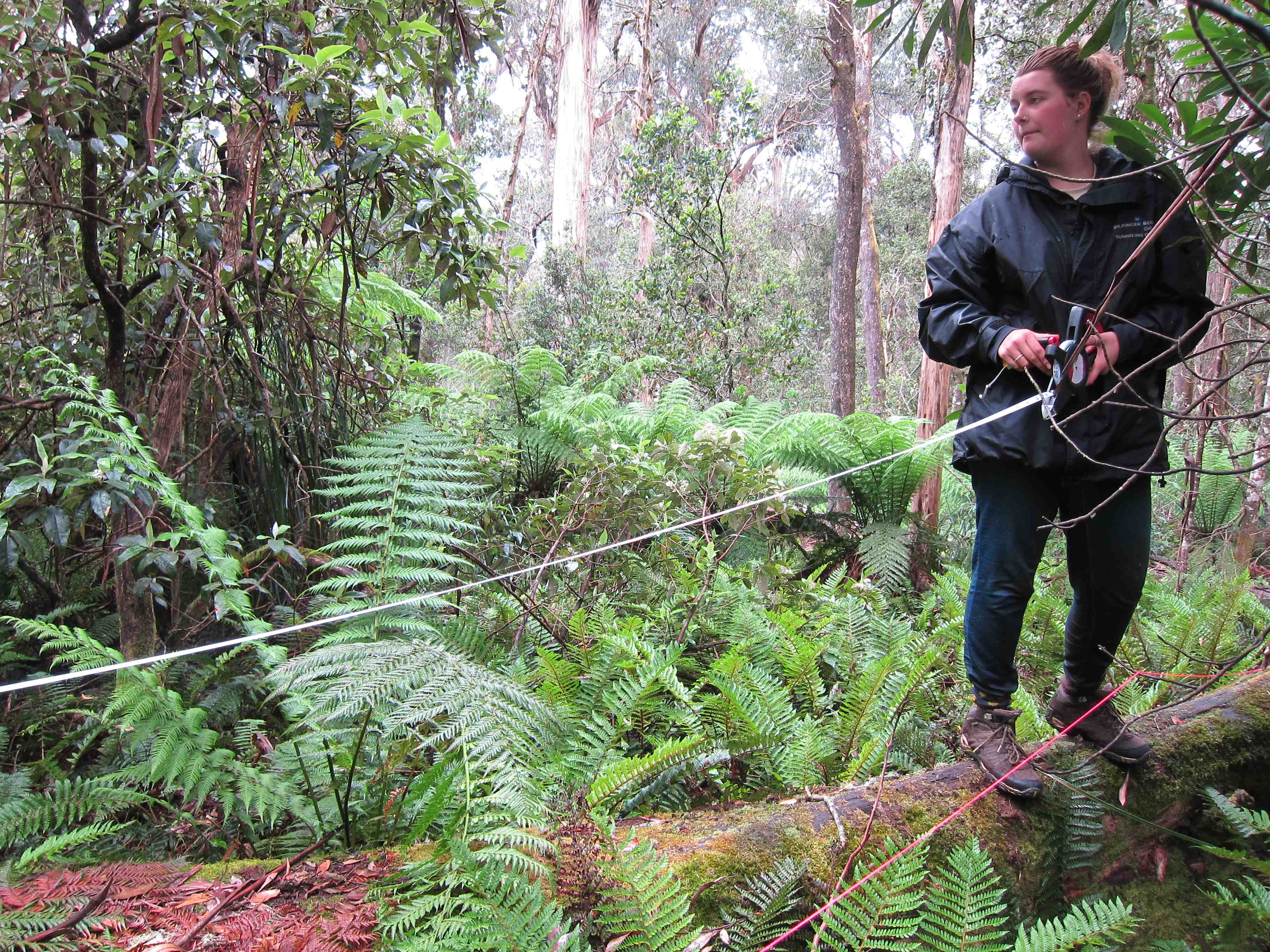 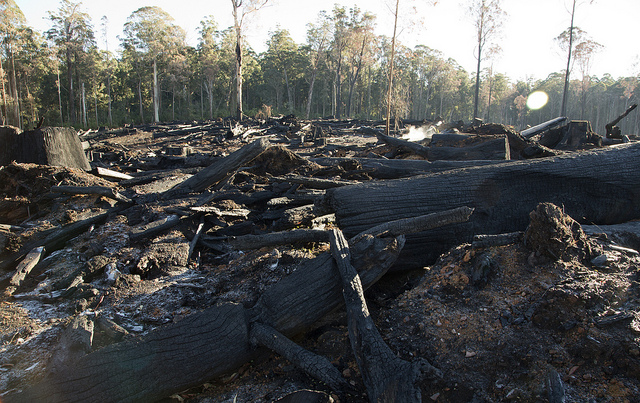 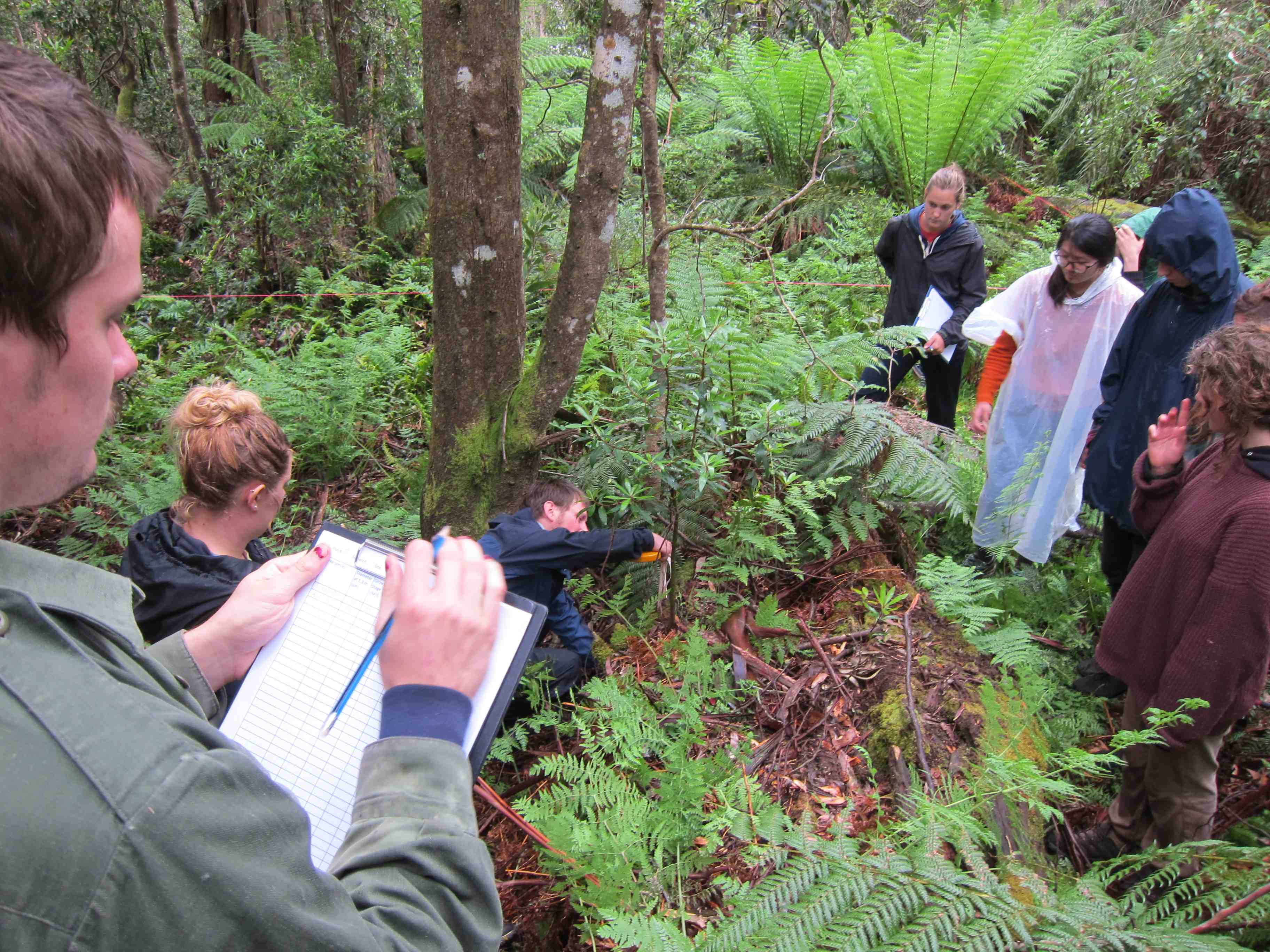