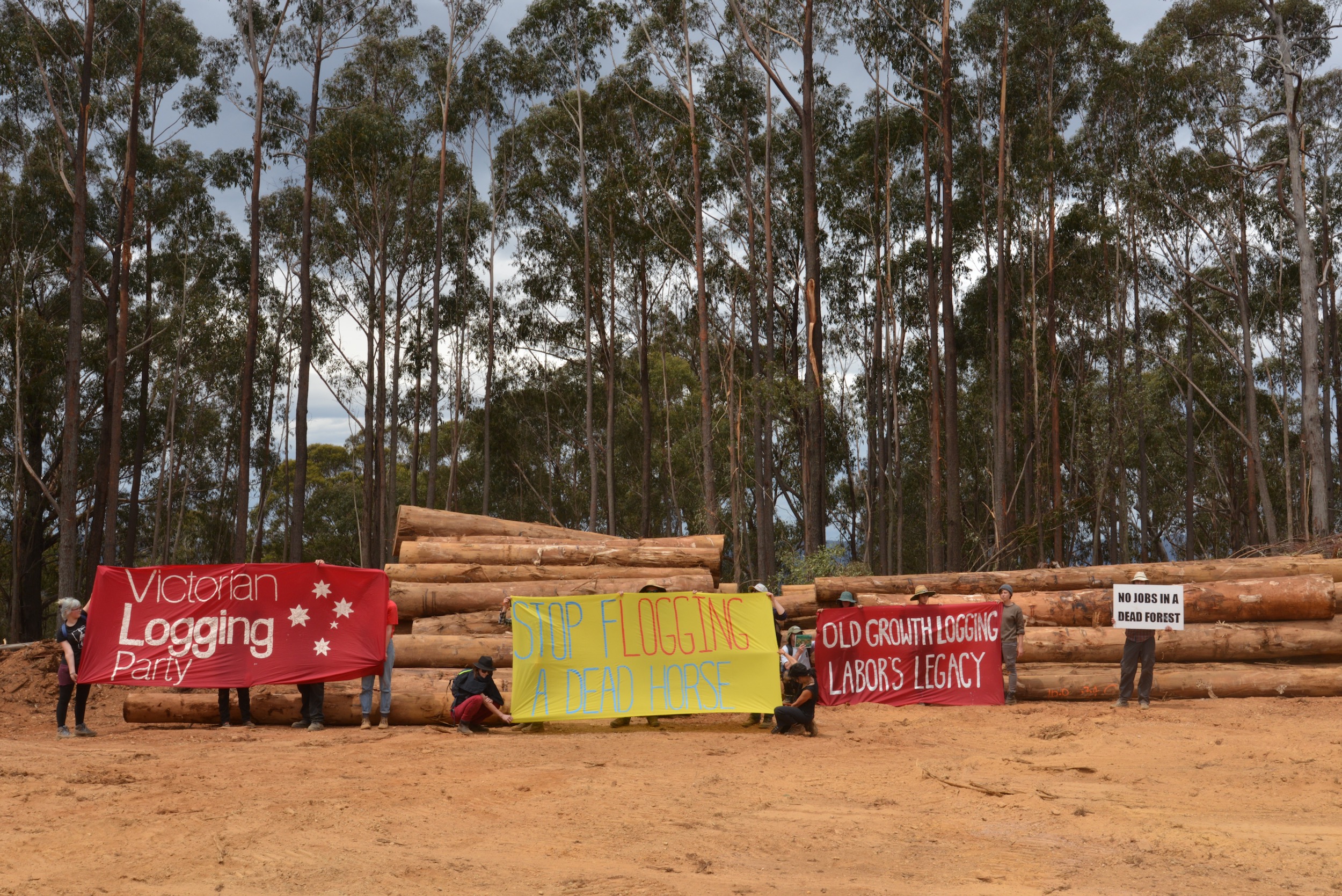 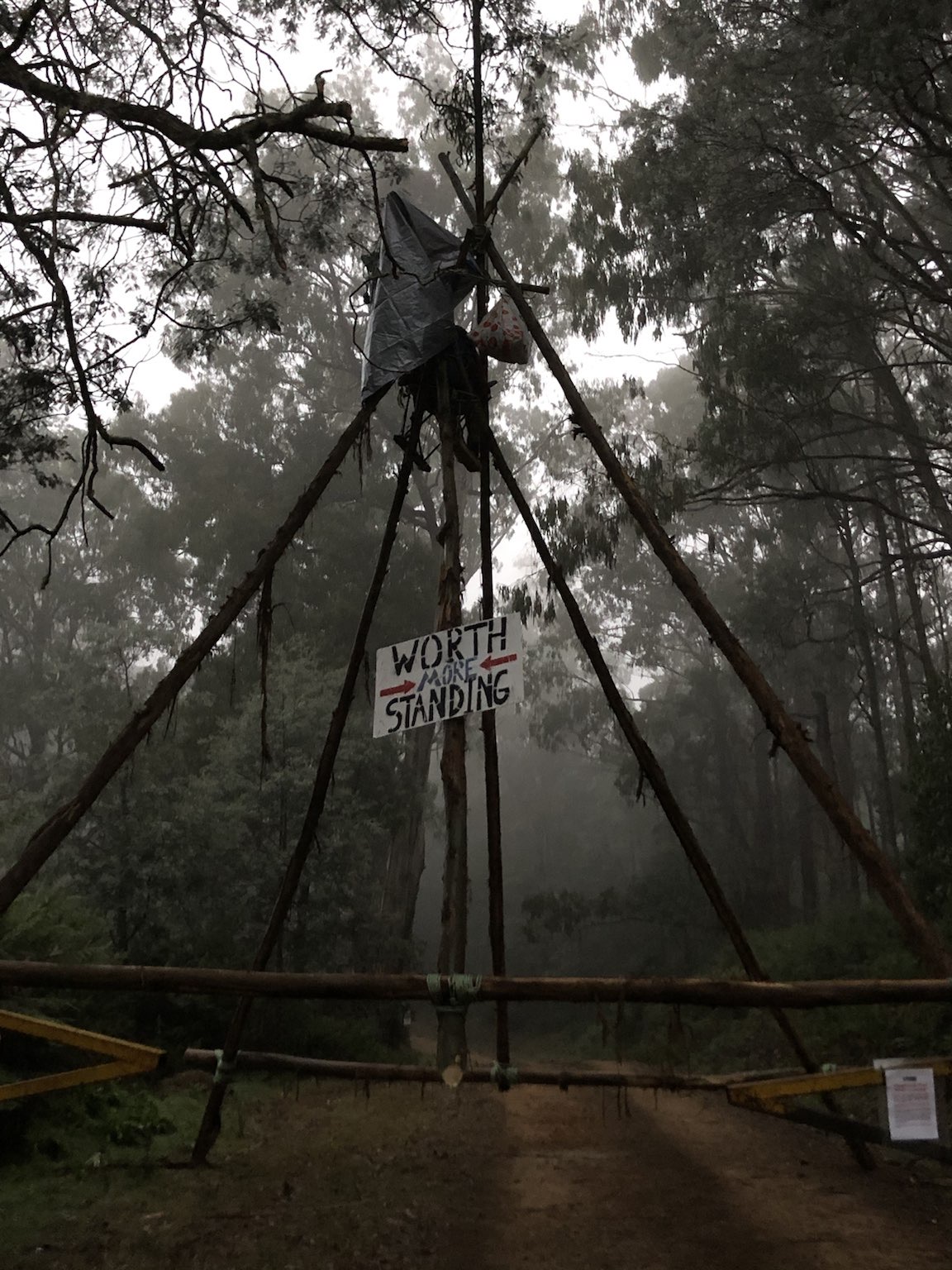 The founding and false basis of the both the Victorian and Tasmanian bills, are that they will help reduce safety risk to workers within logging coupes. However on June 6th 2022, the Tasmanian Attorney General confirmed during the Workplace Safety Estimates hearings there have been zero injuries or reports to Worksafe at anti logging protests. Given the lack of substantiated evidence to the similar Victorian bill, we can safely assume this is a pre-election distraction to further demonise environmentalists. So while they try and isolate us, our power is in broadening our fight. The right to protest should be guarded by all, especially in these times of environmental crisis. Safety at work has long been the result of peaceful protest as well, that of strike action or stopping work. The right to strike is critical actually, and one which Australia has some of the most draconian conditions to do so in the world. Don't lead the environment movement down that road too...

If you live in Victoria, get your union or workplace to sign this open letter to the Victorian government and let us know at [email protected]

So what's in this new bill?

How are the Victorian laws similar to the other states?

On 24 October 2019, the Queensland Parliament passed the Summary Offences and Other Legislation Amendment Act 2019 (the Dangerous Devices Act). These laws were specifically targeted at climate protectors, although animal welfare advocates were also mentioned in the Explanatory Memorandum. The laws expanded the definition of a dangerous attachment device to include tripods, monopods, concrete barrels, and lock on pipes. They allow search and detain powers on the suspicion that they might be in possession of these devices for the purposes of even minimal disruption to business.

The Roads and Crimes Legislation Amendment Bill 2022, passed by the NSW government on the 1st of April 2022, makes it an offence to protest on major roads or near major facilities without approval, attracting a penalty of $22,000, or two-years imprisonment, or both. They were introduced after a series of high-profile actions by Blockade Australia and other groups pushing for greater action on climate and the environment, but their broad application is of concern to everyone.

Tasmania has tried to introduce harsher protest laws 4 times through parliament. The current laws before parliament will see protestors fined up to $12,975 or jailed for 18 months for a first offence, and organisations up to $103,800, if they were judged to have obstructed workers or a perceived "serious risk”. In 2017 when they tried to introduce another version of the laws, the High Court struck down parts of the Workplaces (Protection from Protesters) Act 2014 (the Act) on the basis that several provisions were an impermissible burden on the constitutionally protected freedom of political communication. This was run via a test case initiated by previous Greens leader Bob Brown.

Direct action has a long and celebrated history both in Australia and globally and generally aims to effect change at the site of harm or point of production. It interrupts dominant narratives causing public delays, sometimes economic loss, and generally aims to raise the profile of an issue into the broader consciousness. Sound familiar? Strike actions by unions have very much the same effect. Non-violent direct action (NVDA) distinguishes itself within this tradition by a commitment to de-escalation techniques aimed at reducing conflict between individuals. People engaged in this practice do rigorous training to ensure these outcomes. NVDA has been the tactic of choice for generations of environmentalists in Australia, and forest protectors sit squarely within that. 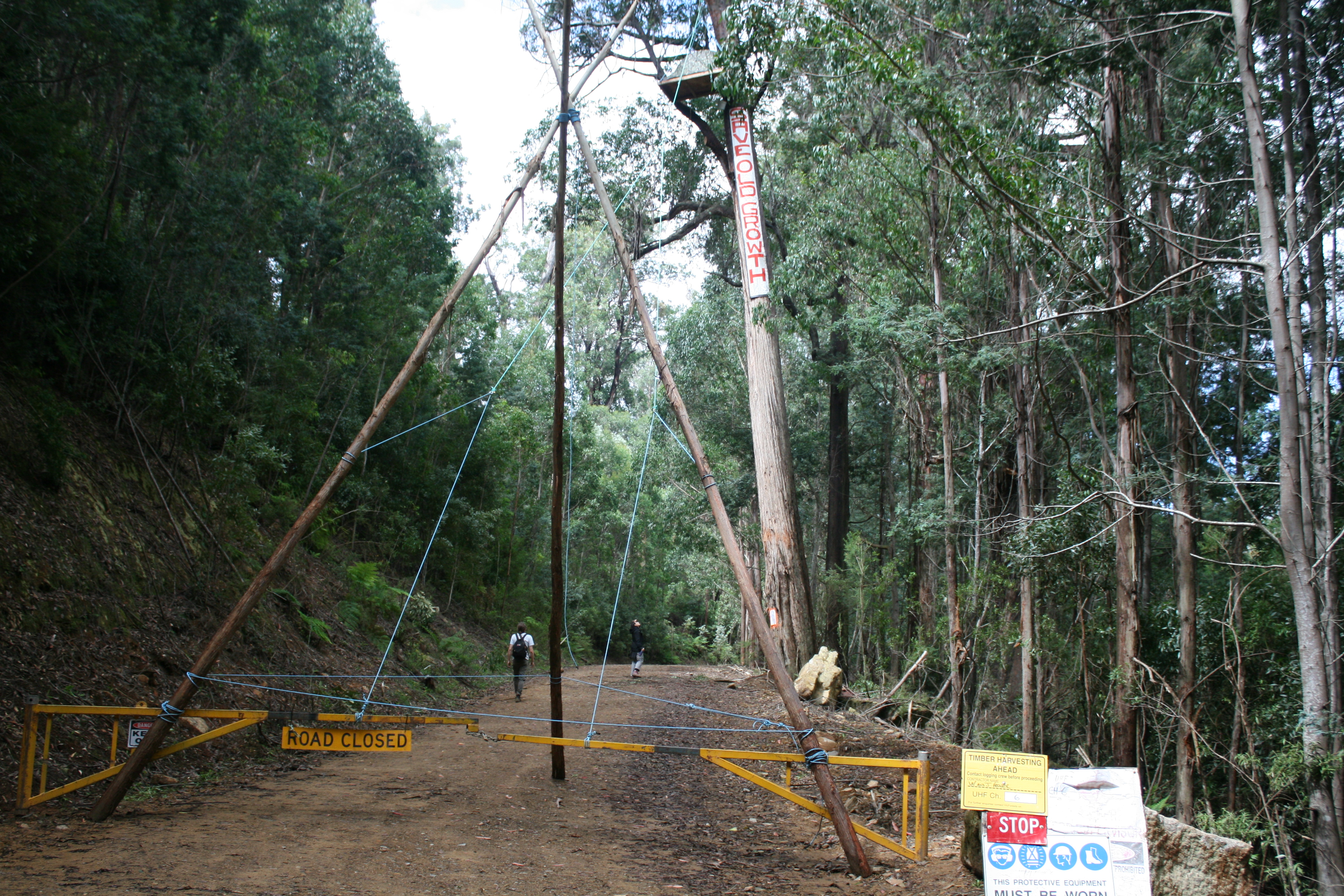 Why we need to protect all remaining forests.

Right now logging in Victoria has reached an all-time environmental low. After the Black Summer bushfires burned through 1.5 million hectares in Victoria pushing many vulnerable and endangered species to the brink, so called ‘salvage’ logging - the bleakest, most unthinkable and damaging form of logging has persisted in East Gippsland, alongside the continued logging of unburnt habitat across Victoria.

As climate crises continue to escalate, we need to protect our precious carbon stores, water catchments, and remaining biodiversity. Public protests at the site of extraction are key to achieving these outcomes and GECO stands with other environmentalists across the country who’ve been targeted for fighting for a future we, and all other living things, can live in. To that effect, the Victorian government needs to end native forest logging immediately, not by 2030. We cannot lose anything more. We will continue to organise and fight for this. 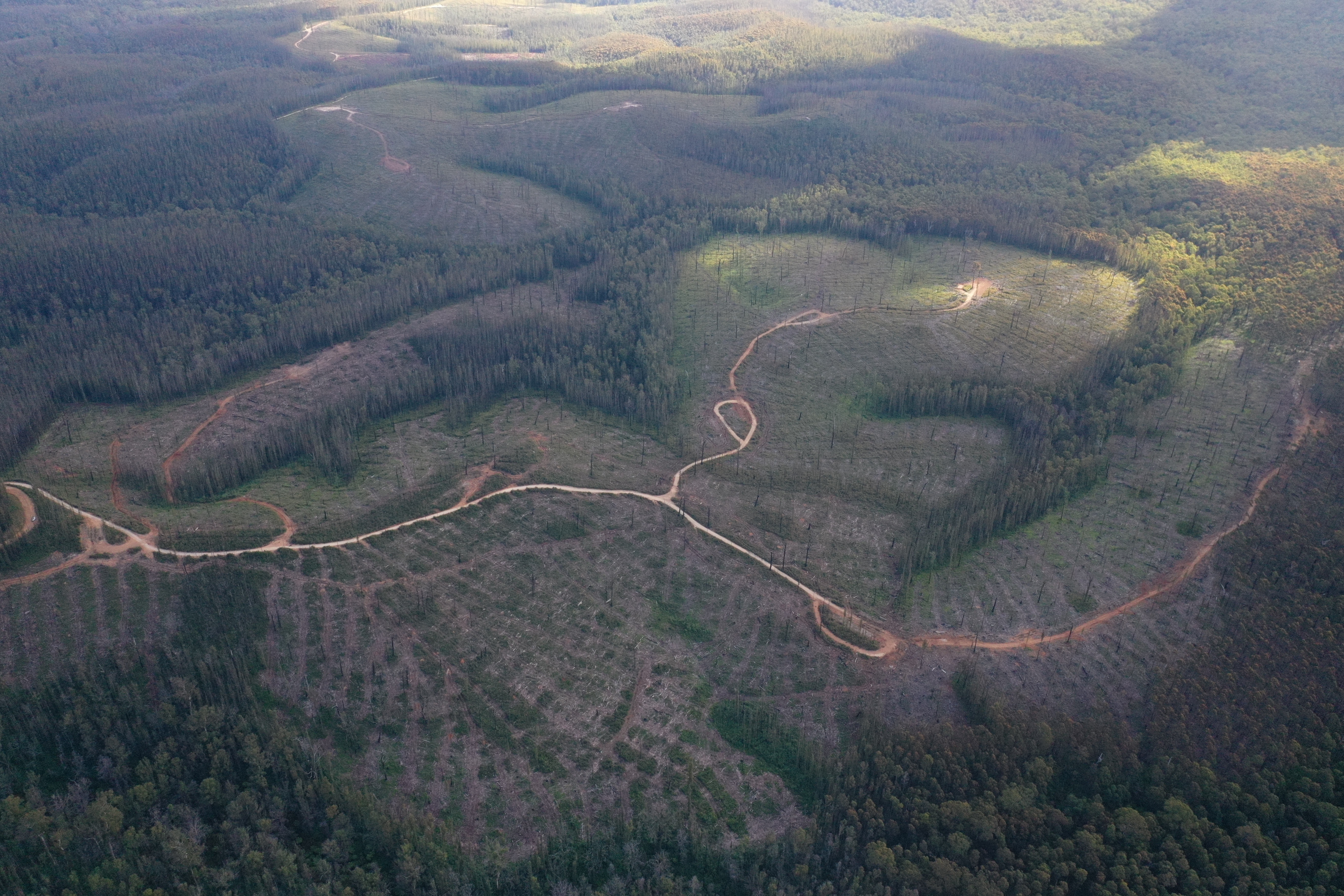 Actions you can take