New recommended protections for species post Black Summer. But how good are they?

Immediately after the 2019 - 2020 Black Summer bushfires, the state government rolled over the disastrous Regional Forest Agreements (which commit and define the practice of native forest logging). As part of this roll over the RFAs were required to assess and implement measures to mitigate negative consequences associated with logging (combined with the Black Summer bushfires) on listed threatened species. This resulted in interim protections being applied in October 2020. In April 2022 these protections had the ability to go permanent. 5 months later, recommendations for increased and ongoing protections have finally been handed down.

While the recommendations are a mixed bag, we know that any increase in protections has been the result of hard fought campaigning by GECO supporters and other organisations. Left unchallenged, the industry would have pushed for a business as usual approach. So we need to claim this as a win, while also seeing their shortcomings.

With this in mind, send the environment minister an email and let her know you want all Greater Glider habitat protected now! They need more than just recommendations, they need proper permanent protection! 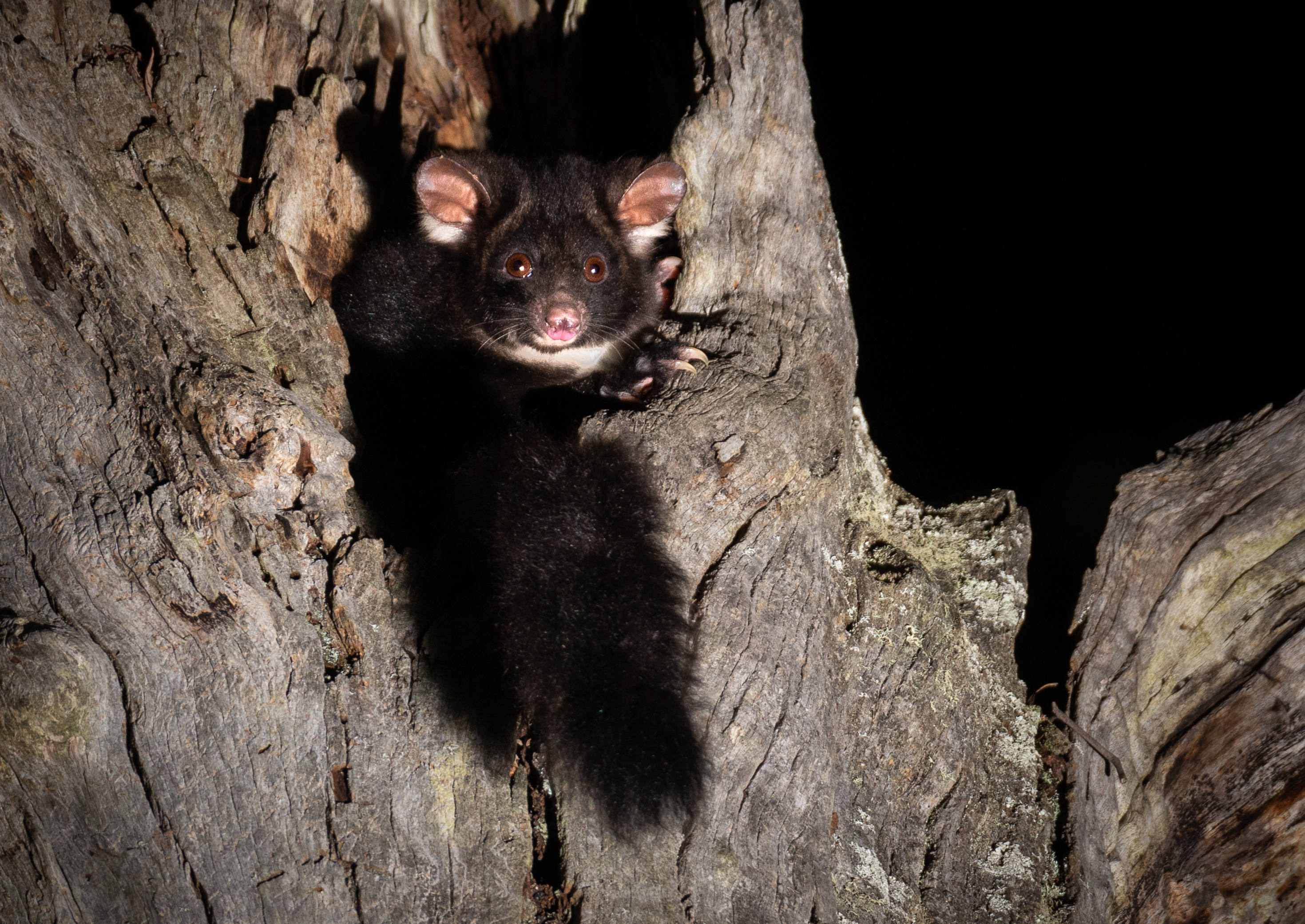 Problems with the initial interim protections

To understand where these new recommendations have emerged from, we need to dig into the initial interim protections they stem from. The founding basis of the interim protections were critiqued by an independent panel of reviewers including Michelle T. Casanova, Matt Dell, and John Woinarski. While some of their critiques seem to be synthesised into the final recommendations, many of the shortcomings highlighted remain. These include:

The interim protections also had another fatal flaw - you could still log up to 15% within them. This hypocrisy was exposed by GECO and senior environment reporter Miki Perkins for the Age and Sydney Morning Herald - VicForests were logging mapped Greater Glider habitat in the Colquhoun State Forest only a month after being federally listed as endangered. The reality being they actually do this across the state.

So it is no surprise that the weak application of the interim measures resulted in some very weak protection measures for particular species and communities.

Relying on the Code

While we are grateful for and should celebrate these proposed increased protections for listed species and communities, many other recommendations rely on pre-existing mechanisms within the inherently flawed Code. Indeed they are almost a cut and paste across various species, despite gaps in information on that species or specific needs - as was pointed out by Casanova in her initial critique. While the report itself highlights the inadequacy of the Code, it then goes on to lean on the same type of prescriptions outlined within it. For example with the Greater Glider:

“The prescription to apply a 100 ha SPZ in East Gippsland where >10 animals are detected per spotlight km was assessed as being applied consistently when the trigger is reached, but that is because this threshold is reached so infrequently, it does not protect much of the population within East Gippsland, the only RFA Region where it applies. There has also been limited monitoring of the effectiveness of this prescription in facilitating the persistence of the species within harvested landscapes” (p 8 - 9)

The recommendation then outlines 3 or more sightings to trigger 40% coupe area protection (basal area), without ever analysing if the area protection is adequate enough to sustain these singular gliders, let alone cumulatively a population experiencing rapid decline as a result of intersecting factors, including climate change.

While the fatal impacts of logging on many species are outlined within the report, the prescription of new 200m ‘Special Management Zones’ (SMZ) continue to allow logging. These areas need to be made Special ‘Protection Zones’, which stop logging from occurring where threatened species are found. Take a look at how this is applied for the Greater Glider below: 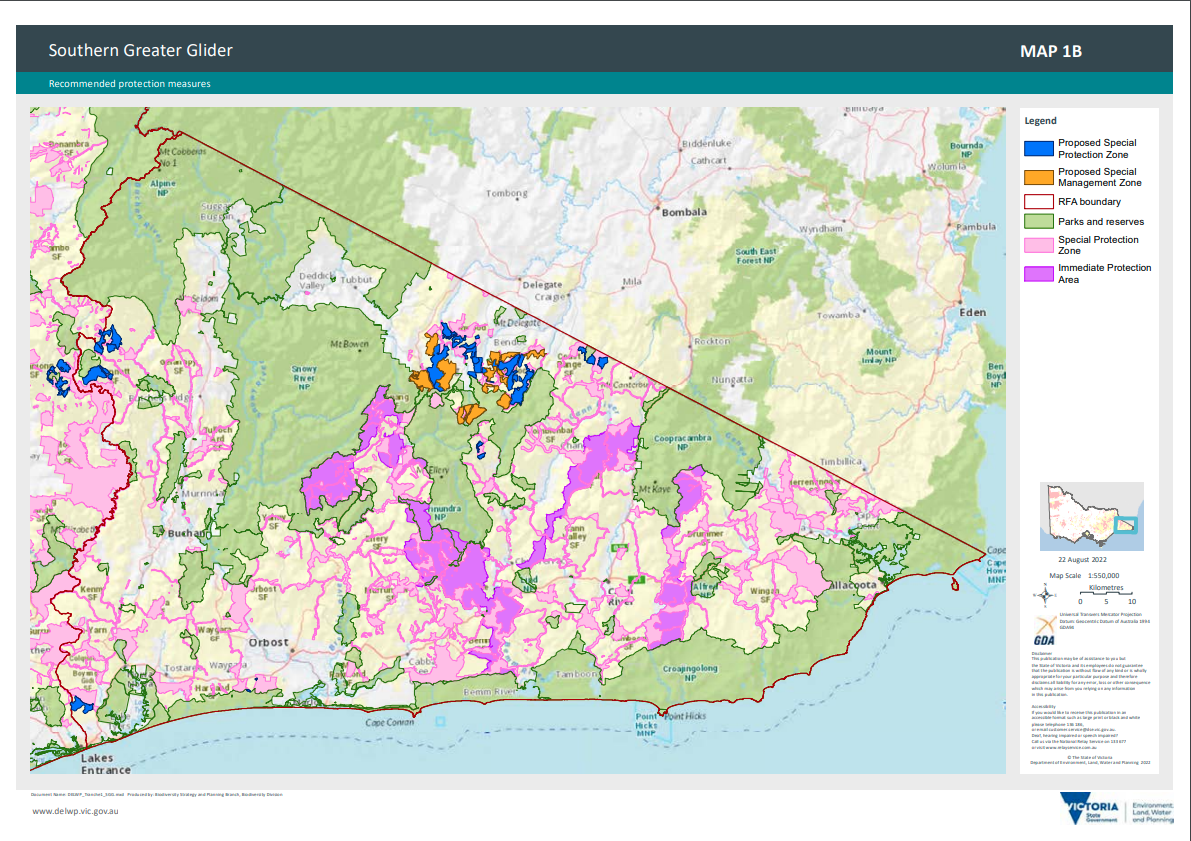 This tinkering around the edges is a war of attrition on threatened species, listed and unlisted. While some of the recommendations are keenly received, overall it doesn’t proactively address the often aggregated and always cumulative risk posed to species by climate change, invasive species, and logging. Its basis is to wait for them to become threatened and then kind-of-act. The recommendations aren’t being guided by science as they fail to adopt the precautionary principle and rather seem aimed at managing a ‘business risk’.

Once we lose this biodiversity, we can’t get it back. So the decline in species must be taken with the forthright seriousness that the escalating effects of climate change are currently posing to all life on the planet. We equally depend on biodiversity to survive.

With this in mind send the state environment minister a message here and tell her you want all remaining Greater Glider habitat to be permanently protected. They need more than a rehash of the Code.