Fantastic news! After just one day of direct action by GECO and a letter from lawyers representing Environment East Gippsland, VicForests agreed to stop their illegal logging operation and the logging machinery has left the forest! It was an amazing result and successfully prevented the destruction of high conservation value forest home to threatened species. Most of the forest remains intact and safe from VicForests lawless logging regime.

Unfortunately 8 brave people who took direct action to stop the logging were fined $500 each. We've started a fundraising campaign to support them to pay their fines quickly so they can get on with doing more great work defending our environment. Go here to support them.

GECO took direct action on Tuesday morning to halt the logging and the logging operation had ended by Tuesday night. The machines were rolling out of the coupe today! 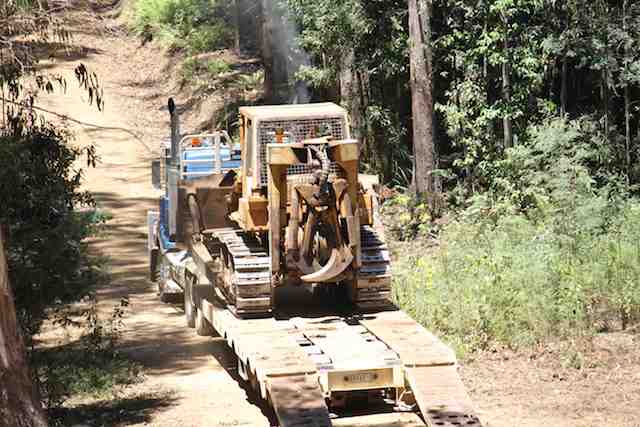 Image: Bulldozer getting trucked out of VicForets illegal logging coupe

VicForests deny any wrongdoing! They argue the forest did not meet the requirements to be surveyed because it was unlikely to support threatened species. They make this claim despite several threatened species records within 1km from the logging coupe giving a very strong indication these species would be present in the forest. The Endangered Long-footed potoroo, threatened Sooty Owl and Yellow belly glider have all been recorded very close to the coupe and the forest contains many large old trees that provide suitable habitat. 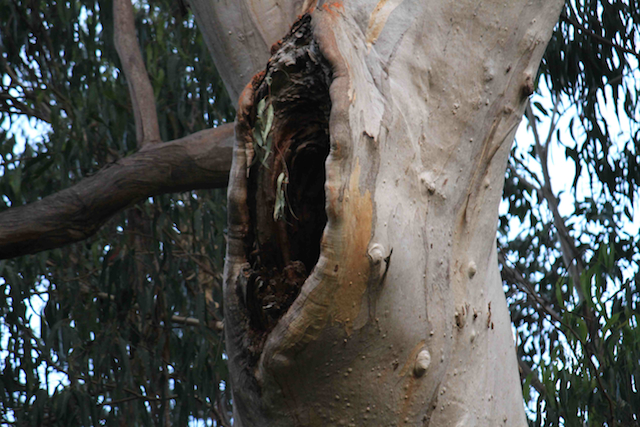 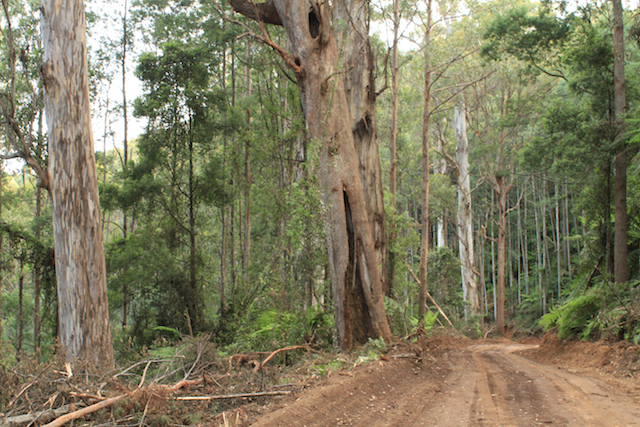 Instead of conceding their operation was illegal Vicforests say they will not log the coupe to assist the State Government's Forest Industry Taskforce. The Taskforce has begun a process to consider rescheduling logging away from contentious areas whilst discussions take place about the future of the industry and conservation of Victoria's flora and fauna.

We'll be keeping a close eye on VicForests operations as always. Several other high conservation areas that have not been surveyed for threatened species are scheduled for imminent logging. If logging in these areas was to go ahead it may also be unlawful. 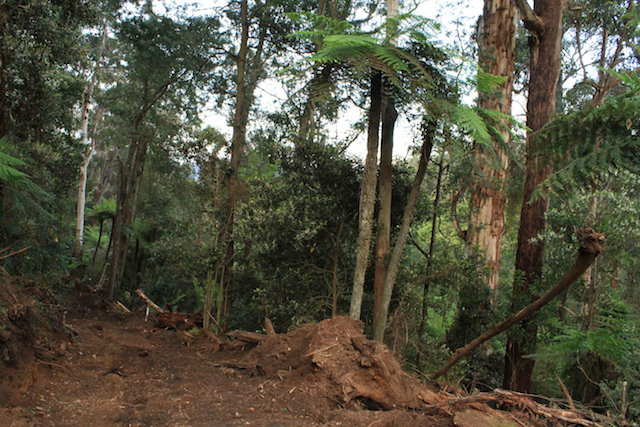 Image: Bulldozer track down into rainforest gully, this area should have been within a buffer zone.

Logging in the coupe also impacted upon a rare temperate rainforest community that had not been protected from the logging operation with a buffer of intact vegetation. Warm temperate/cool temperate overlap rainforest is unique to East Gippsland, read more about it here. Logging had occurred right up to the edge of overlap temperate rainforest, which is required by law to be buffered by a 40m strip of intact Eucalyptus forest. No buffer has been applied to the rainforest stand, exposing this sensitive and restricted community to exposure from light, wind and risk of burning from the post logging high intensity fire. 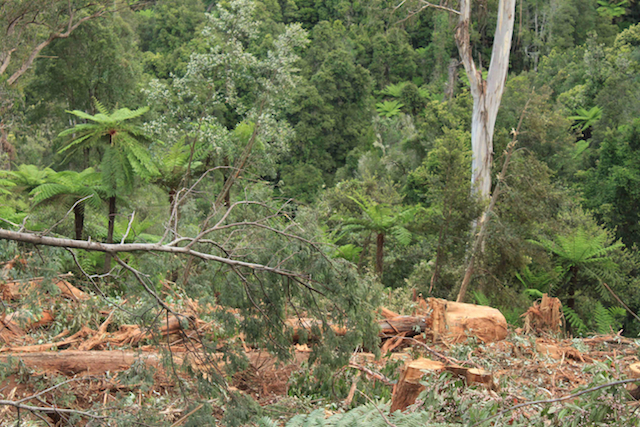 Image: Logging has occurred right up to edge of rainforest, this area should have been within a rainforest buffer

We're currently preparing a report on the rainforest logging breach. The Environment Minister's office has said the rainforest breach will be referred to the Department of Environment for a full investigation. We will be providing information to the department and urging them to prosecute VicForests for illegal logging of rainforest buffers.

This logging operation has illegal written all over it, from the lack of a pre logging survey to identify threatened species habitat through to illegal logging of rainforest buffers. It was a classic case of VicForests flaunting the law as usual, but this time people power, collaborative campaigning and an amazing rapid response won the day and won the forest! 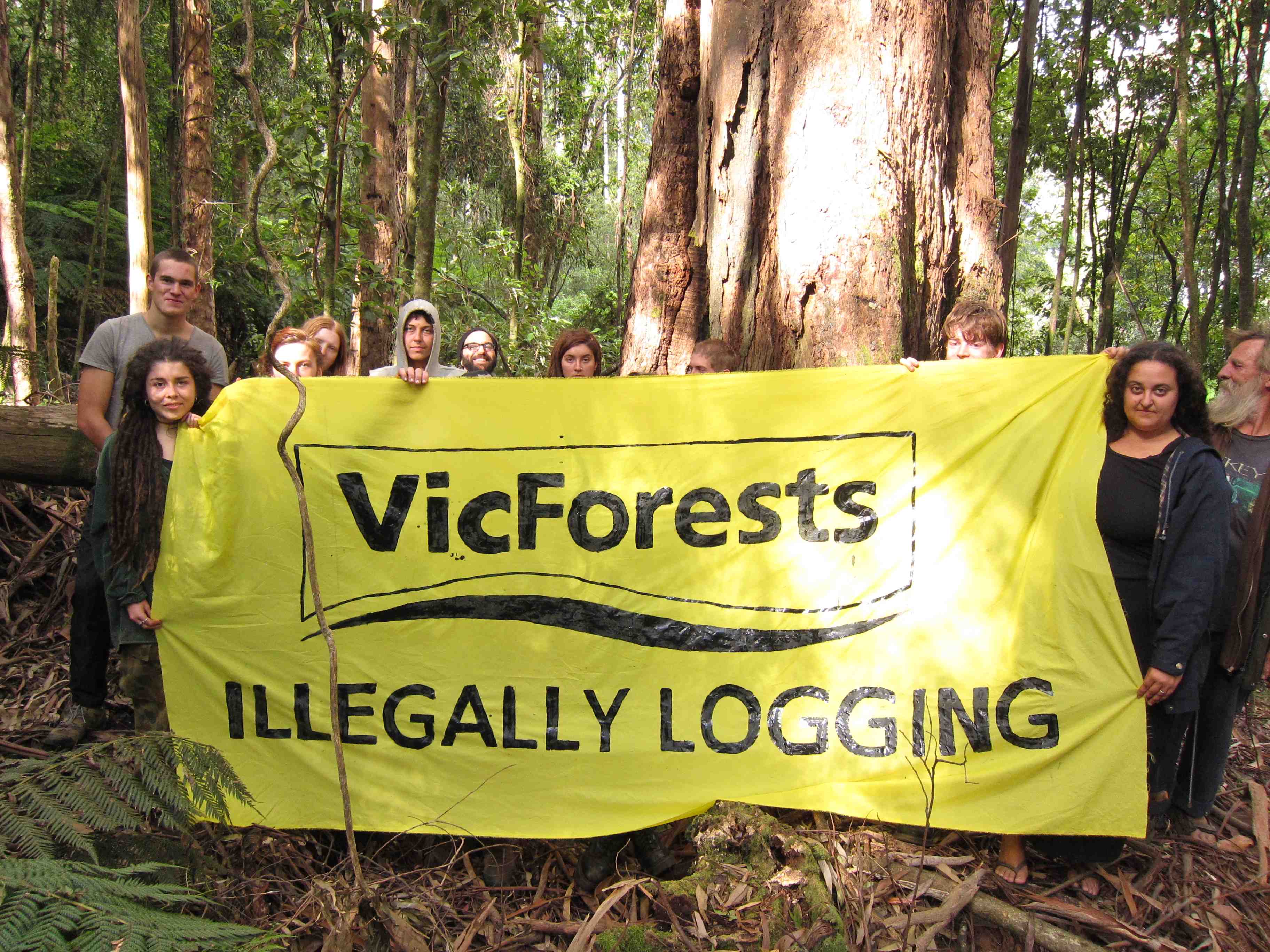 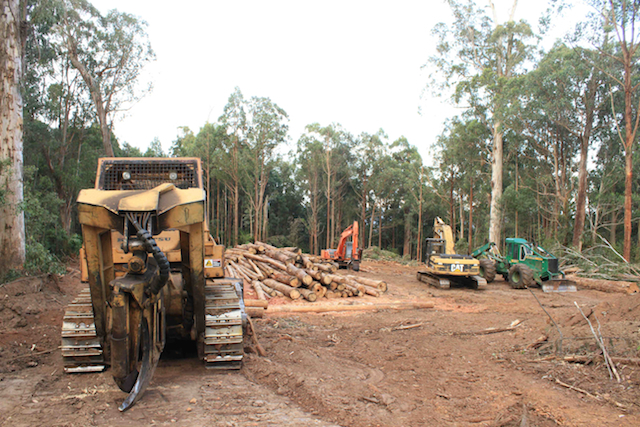 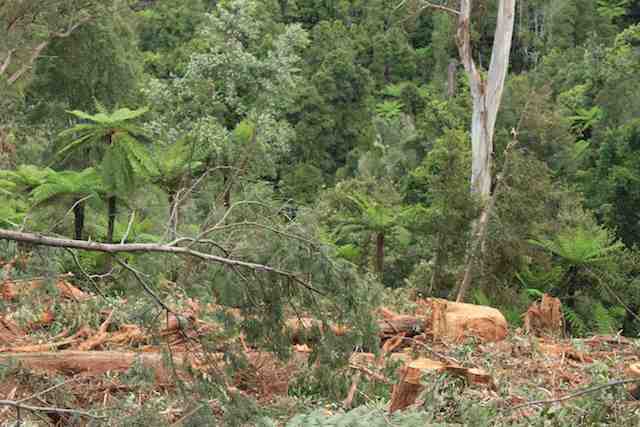 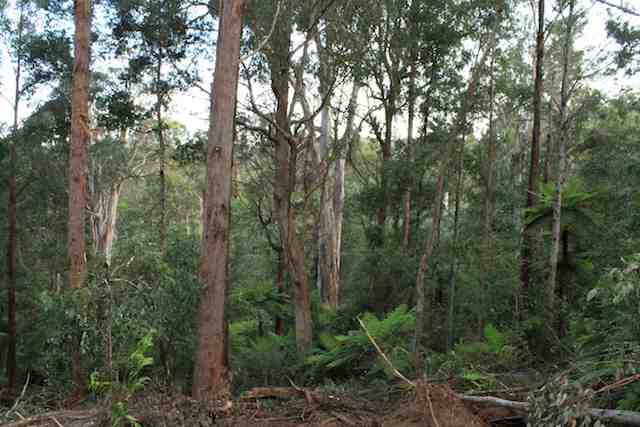 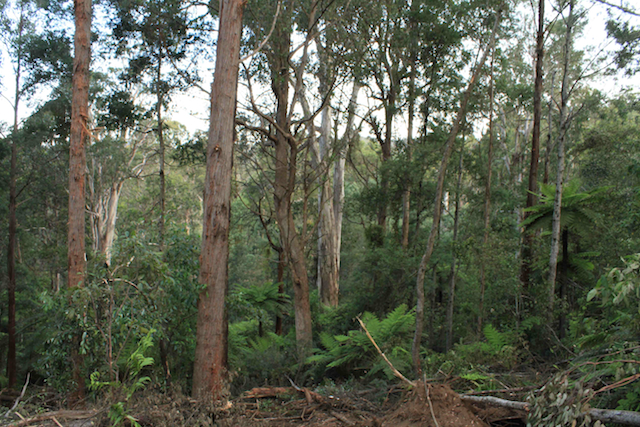 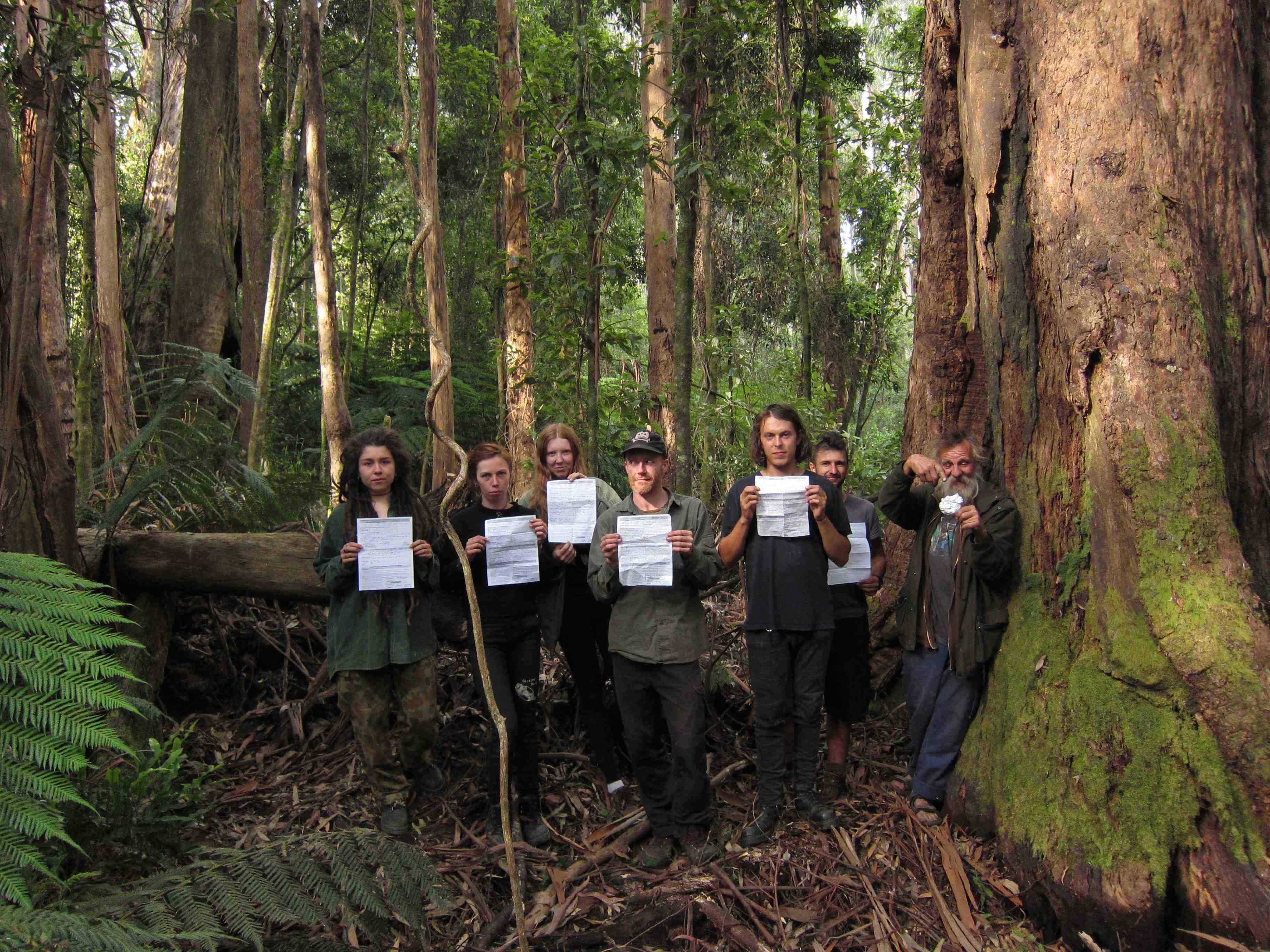 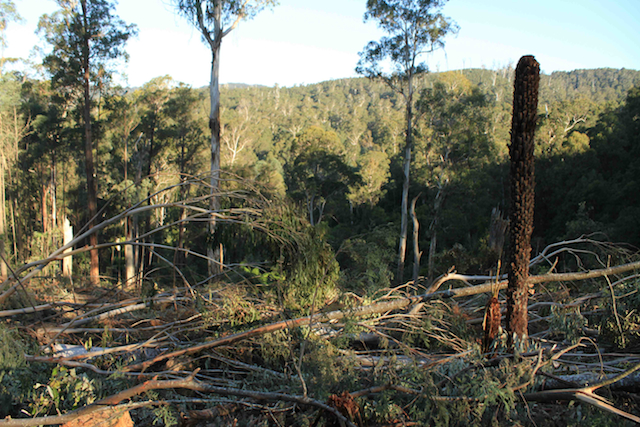 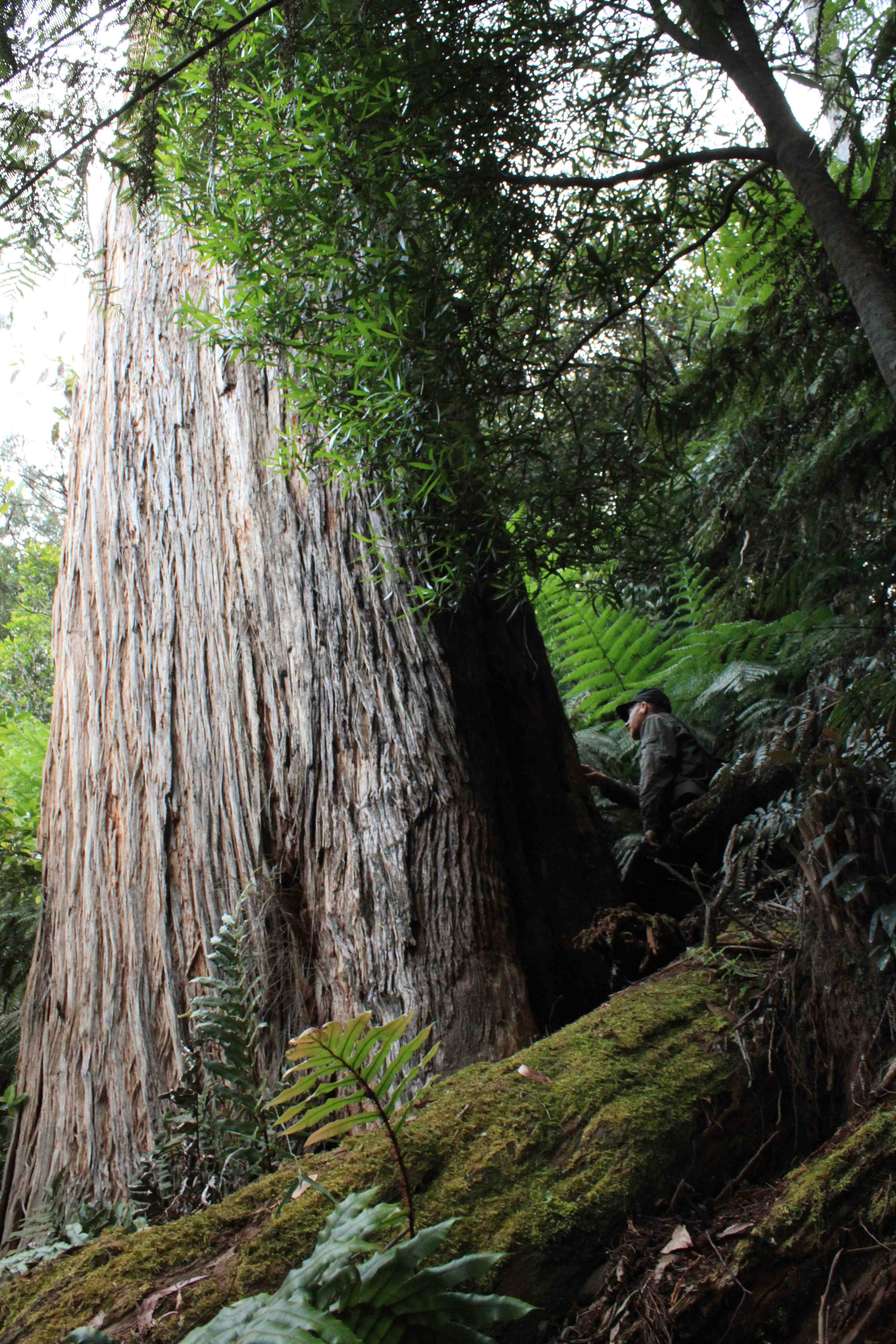 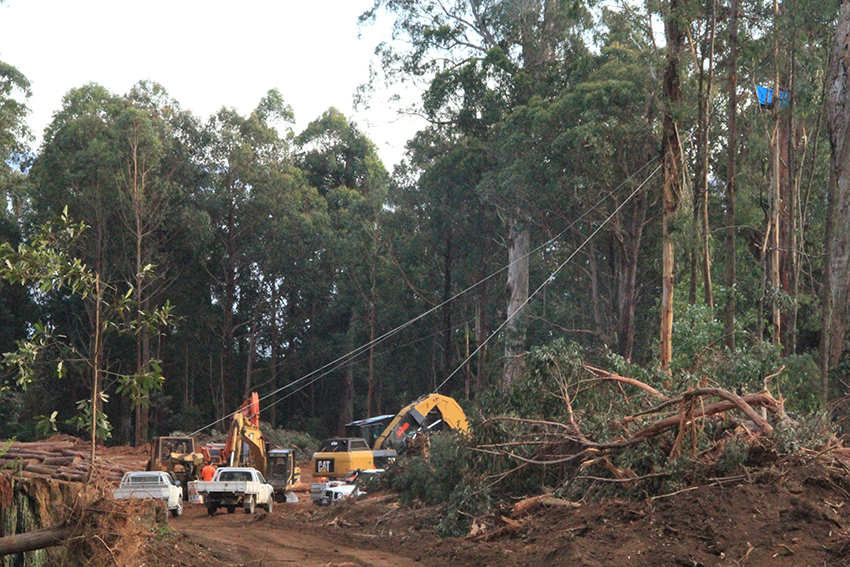 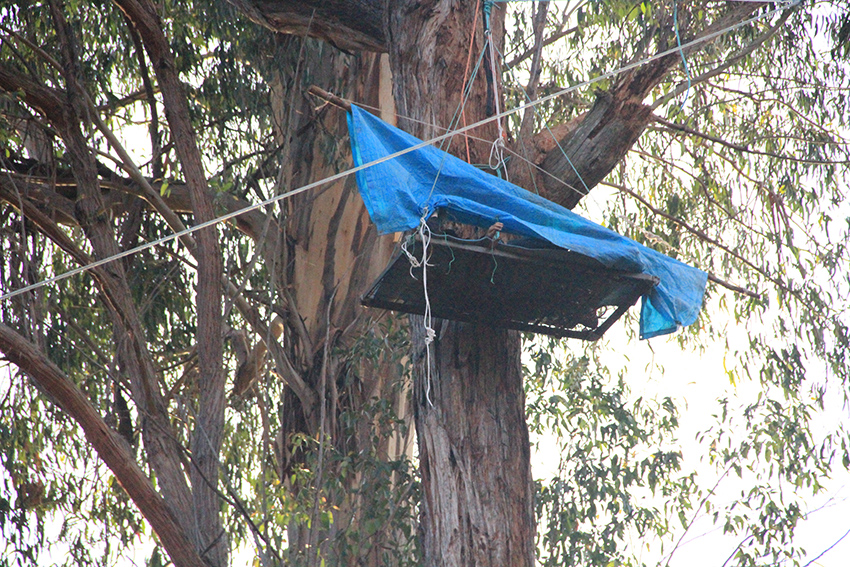