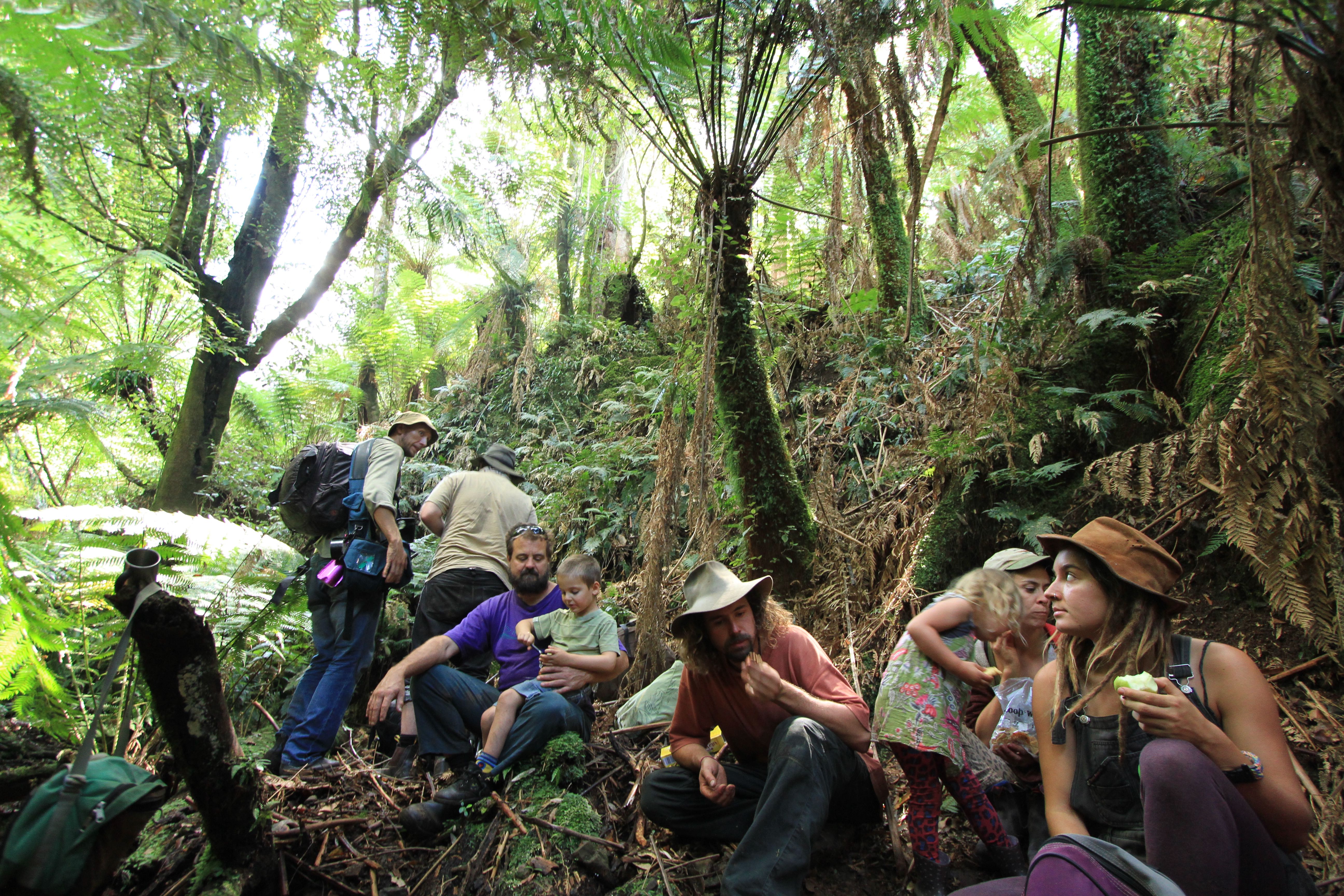 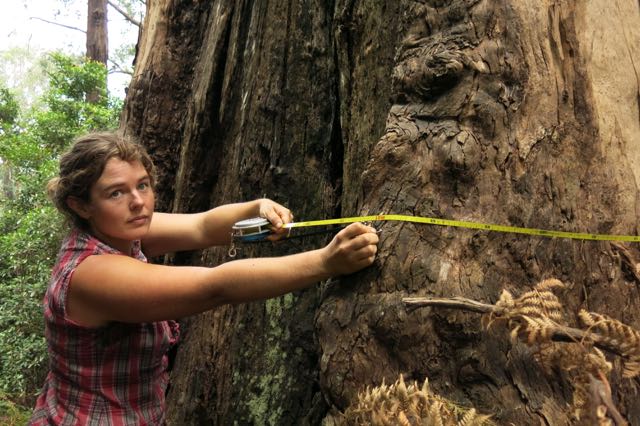 The weekend had a really positive and pro-active vibe. We were so glad to share our knowledge and show off the beautiful areas of forest to a really engaging group of people. Thanks to everyone who came out and took part in the program, your enthusiasm and interest in the issue was really inspiring and it feels like we have some great momentum behind us to spread the word about Kuark forest and build the movement to protect it from logging.

People told us they were really inspired to hear about how GECO surveys have been successful in protecting areas of forest in the past and were really keen to get involved and help continue the great work GECO have been doing. Many were shocked that in 2015 ancient forests like Kuark were still being logged.

Vic Forests tried to spoil the fun by declaring a ‘public’ safety zone or ‘exclusion’ zone in the area we were camping in. Vic Forests can now declare these so called ‘safety’ zones in any area of forest subject to logging operations and ban the public from them. The Department of Environment and Primary Industries (DEPI) enforce the ‘safety’ zones and can issue people found in them with a $500 fine without having to give a warning to leave. Their strategy is to keep the public out of the forest and shield their appalling logging practices from public scrutiny.

The area we were camped in had already been logged but Vic Forest’s reason for declaring another ‘safety’ zone was so they could conduct ‘regeneration’ works and seed collecting. We are highly sceptical that this was their intention and believe it’s likely the zone was declared to stop the event from taking place.  Well, it didn’t stop us at all! We did have to re locate the camp but we still managed to do everything we wanted to and show dozens of people the beauty and biodiversity of the Kuark forest and educate them about the threat of logging.

We collected some valuable data with the help of the enthusiastic volunteers who came out. We walked into an area of Kuark forest that we hadn’t explored yet and found several slender tree ferns. These tree ferns are extremely rare and there are only about 100 records of the species in the state. Since we’ve been surveying the Kuark forests we’ve located several slender tree ferns and added them to the State database.

We also measured several giant trees that we hadn’t measured before, some with circumferences of over 10m. Unfortunately Vic Forests will only spare trees with a circumference greater than 12m.  The giants we found and measured are not good enough for Vic Forests and are due to be logged this year, despite being hundreds of years old and providing homes for several threatened species. 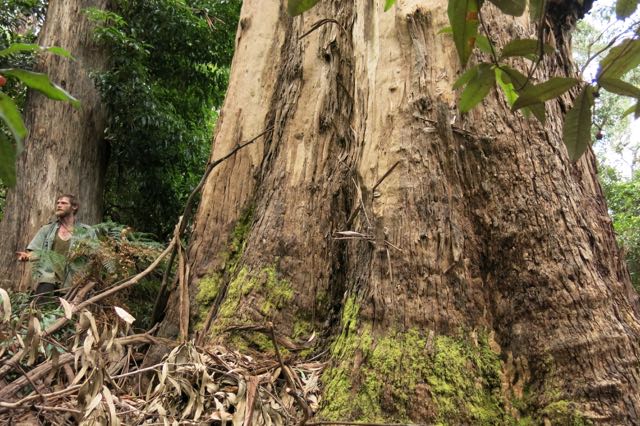 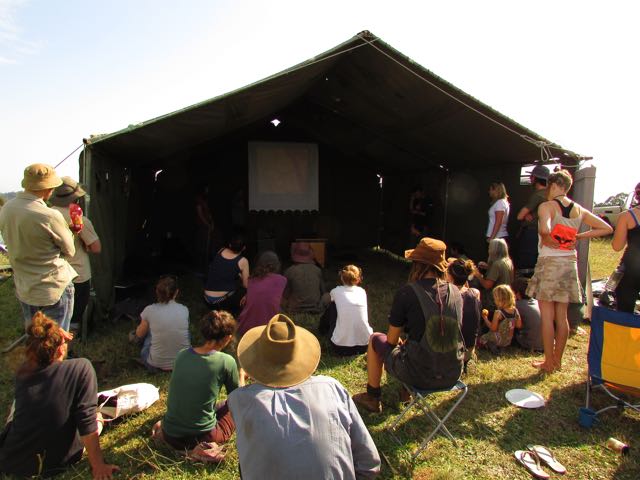 Nocturnal spotlighting and Owl surveys were held on Saturday and Sunday nights and produced a few good records. A couple of greater gliders were detected and a threatened Sooty Owl call was recorded.

The best part of the weekend though was meeting lots of great people who were really concerned about Vic Forest’s plans to log Kuark and have been inspired to get active for East Gippsland’s forests.

We had a great meeting on the last morning where we discussed what can be done in the city to build the campaign and movement to protect East Gippsland’s forests from logging.  A group of people from Melbourne decided to form an action group and are meeting later this week to organise some events, actions and fundraising to support the work we are doing out here.

It’s great to know that while we are out here in the Kuark forest, there are people in the city raising awareness and getting active to protect Kuark from logging. It feels like momentum is building and if we work hard over the coming months, maintain a presence in the forest and spread the word we have the power to save Kuark.

We are working tirelessly to protect East Gippsland’s ancient forests and we’ll be continuing to survey and monitor ongoing logging operations over the coming weeks. If you missed out on the event this weekend and would like to come out and get involved we always need a hand. There are a few more people coming out over the weekend and more next week, so come on out and join with us to help defend Kuark forest.  Get in touch for more info on how you can help by either coming out of joining with people in Melbourne to support the campaign.
So great to see people enjoying themselves in the lush environment of Kuark forest. 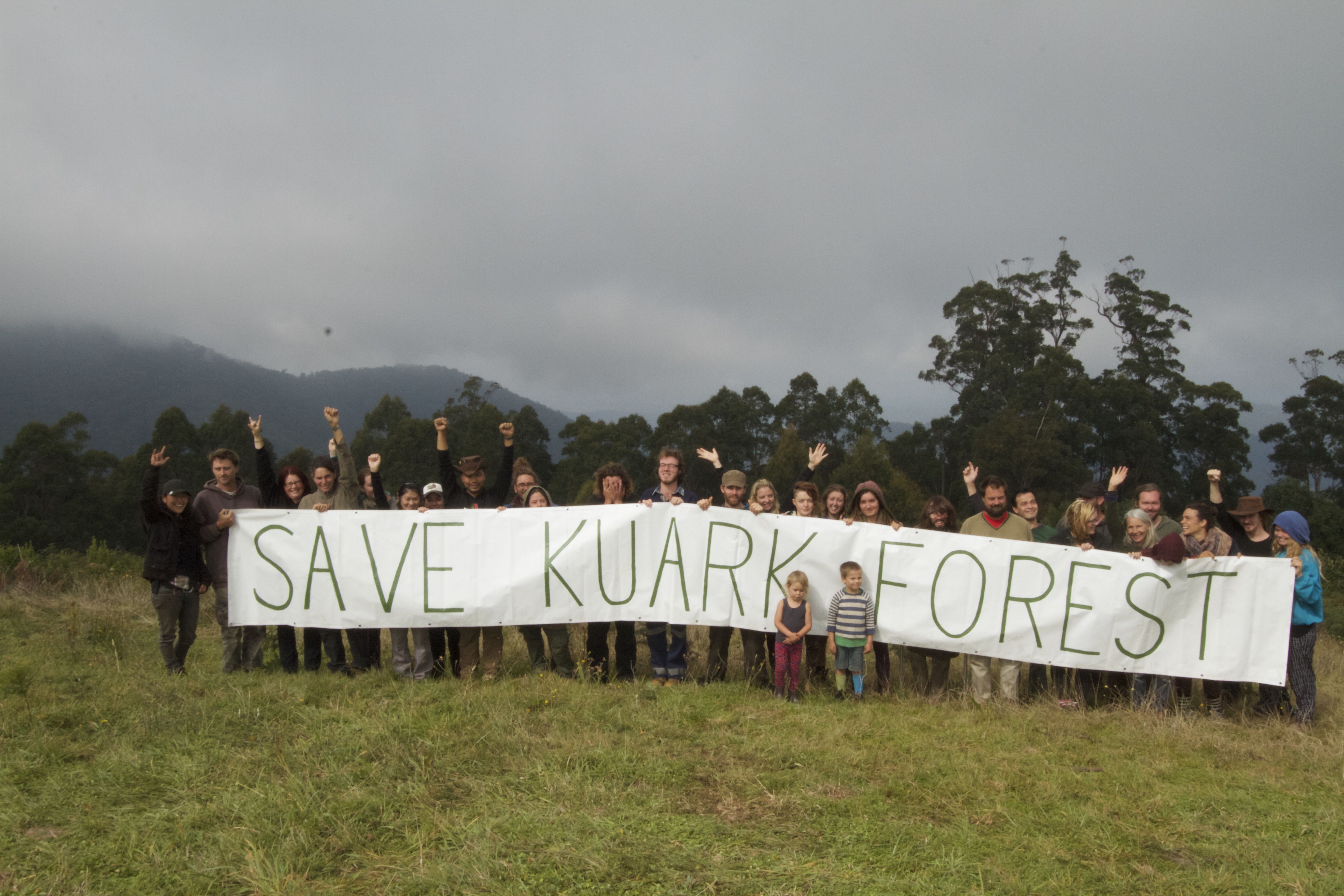