GECO joined Fauna and Flora Research collective and Environment East Gippsland yesterday to meet with the Department of Envrionment Land Water and Planning (DELWP). The meeting was to discuss acceptable protections for rainforest, cool temperate mixed forest and large old trees. The consultation resulted from public concern over an illegal rainforest logging operation on the Errinundra plateau that GECO documented in April this year. Controversy surrounding the rainforest logging operation prompted the government to review the logging rules. Instead of actually doing their job and prosecuting VicForests for the illegal logging, the DELWP have instead decided to change to rules!

A lot of ground was covered a the meeting. The main points conveyed by the three environment groups were that DELWP's proposed changes to the definition of Cool Temperate Mixed Forest (mixed rainforest) has no ecological basis and is inappropriate and the best way to protect large old trees is to stop logging high conservation value forests. Despite the DELWPs role as the 'regulator' of the environmental protection rules the logging industry needs to follow, they told us they were powerless to implement any protective measures. Instead it would be up to VicForests to voluntarily protect them. Seems unlikley given VicForests core business is forest destruction! The DELWP's admission they are a compliance body with very little powers of compliance doesn't instill much confidence in this process. However, we appreciate the opportunity to put forward our views and will continue to lobby Environment Minister Lisa Neville to better protect forests and improve regulatory mechanisms so they actually protect environmental values. 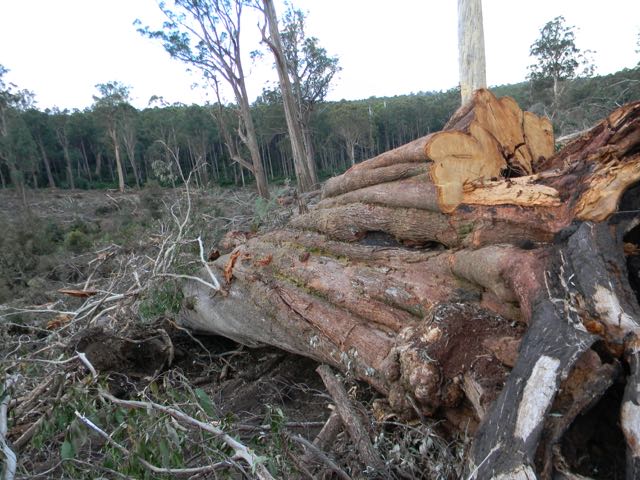