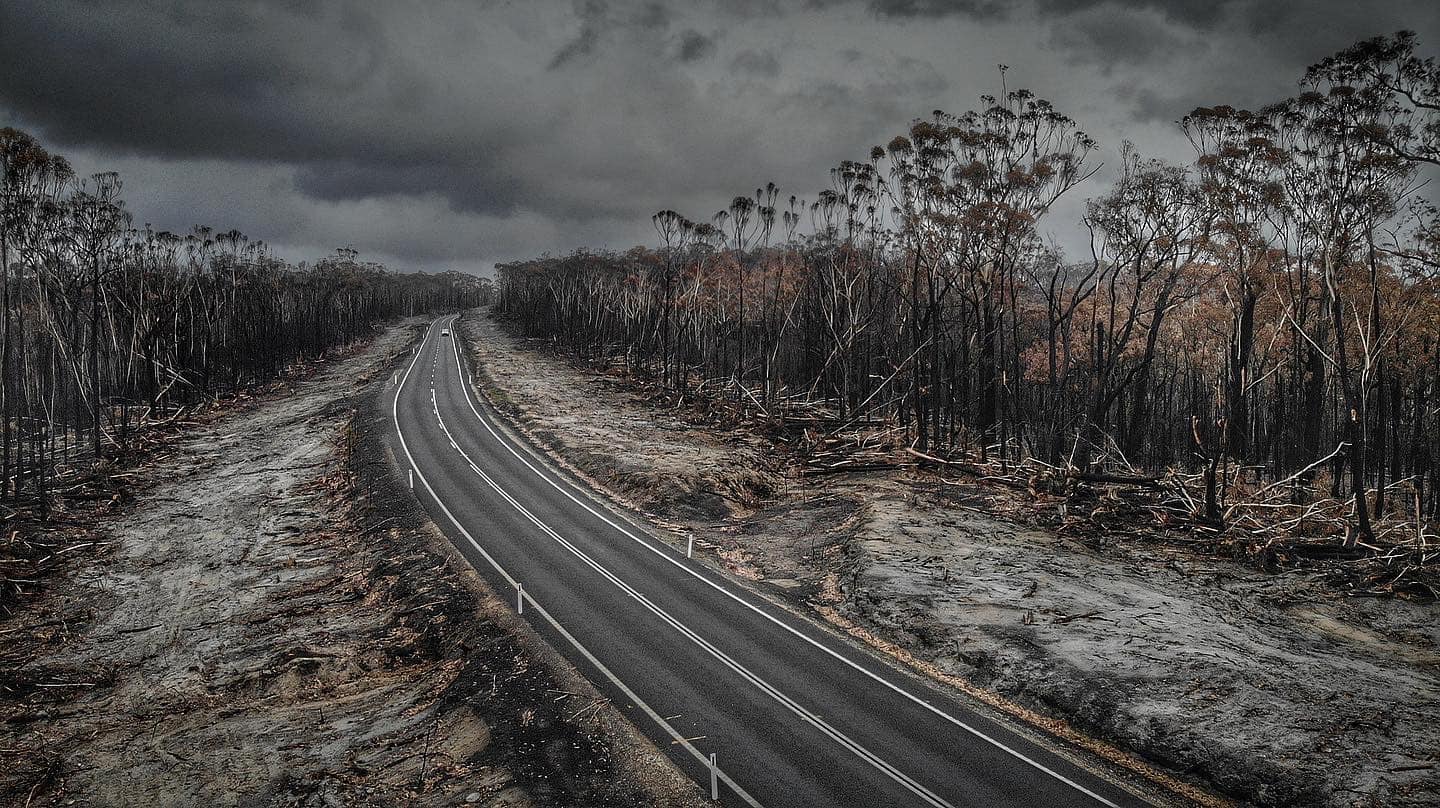 Roadside clearing operations on the Princes Highway are complete, and now along hundreds of kilometres of tracks through burnt and unburnt forests, roadside logging is well underway. VicForests cowboys have been contracted by the Environment Department for hazardous tree removal, and they've been given the green light to ‘salvage’ those trees from the road-clearing effort. But over-zealous roadside clearing and tree removal is happening, and according to reports only a small portion of trees being taken are actually hazardous. It’s very unclear as to what environmental regulations and assessments are being done to ensure that only dangerous trees are being removed. The Age has reported on the issue and the Office of the Conservation Regulator is now investigating.

“We are extremely disturbed at the amount of questionable clear felling of large habitat trees occurring along thousands of kilometres of East Gippsland’s roads... We fear that demands from industry for salvage logging of burnt public forests is already happening under the guise of road clearing operations.”

Over-zealous and unregulated logging of Bloodwood trees in Cape Conran

VicForests contractors are clearing trees down 4WD tracks in Cape Conran that pose no threat to person, property, or infrastructure. Logs have been piled up along kilometers of tracks in East Gippsland waiting to be collected and VicForests have stated that trees taken from road clearing operations will assist them to meet volumes lost from being unable to log following the bushfires.

Habitat trees along tracks in the last remaining fragments of unburnt forests in the Errinundra National park are also being cleared against the Environment Department’s own emergency bushfire biodiversity report which specifically advises against fire suppression activities in the park. The Errinundra Plateau is one of the last unburnt strongholds for the threatened Greater Glider, the Environment Department's report states over 25% of its habitat has been lost. It's likely to be much more. Debris and slash is being bulldozed into gullies, and many more trees have been marked to be cleared.

Roadside vegetation plays a vital role in providing habitat for animals, given so much has been wiped out. VicForests are claiming to be assisting in recovery and ‘clean up’. But this is dangerous and misleading when burnt and unburnt forests tracks are being cleared without any regulatory oversight or environmental assessments by the Environment Department. 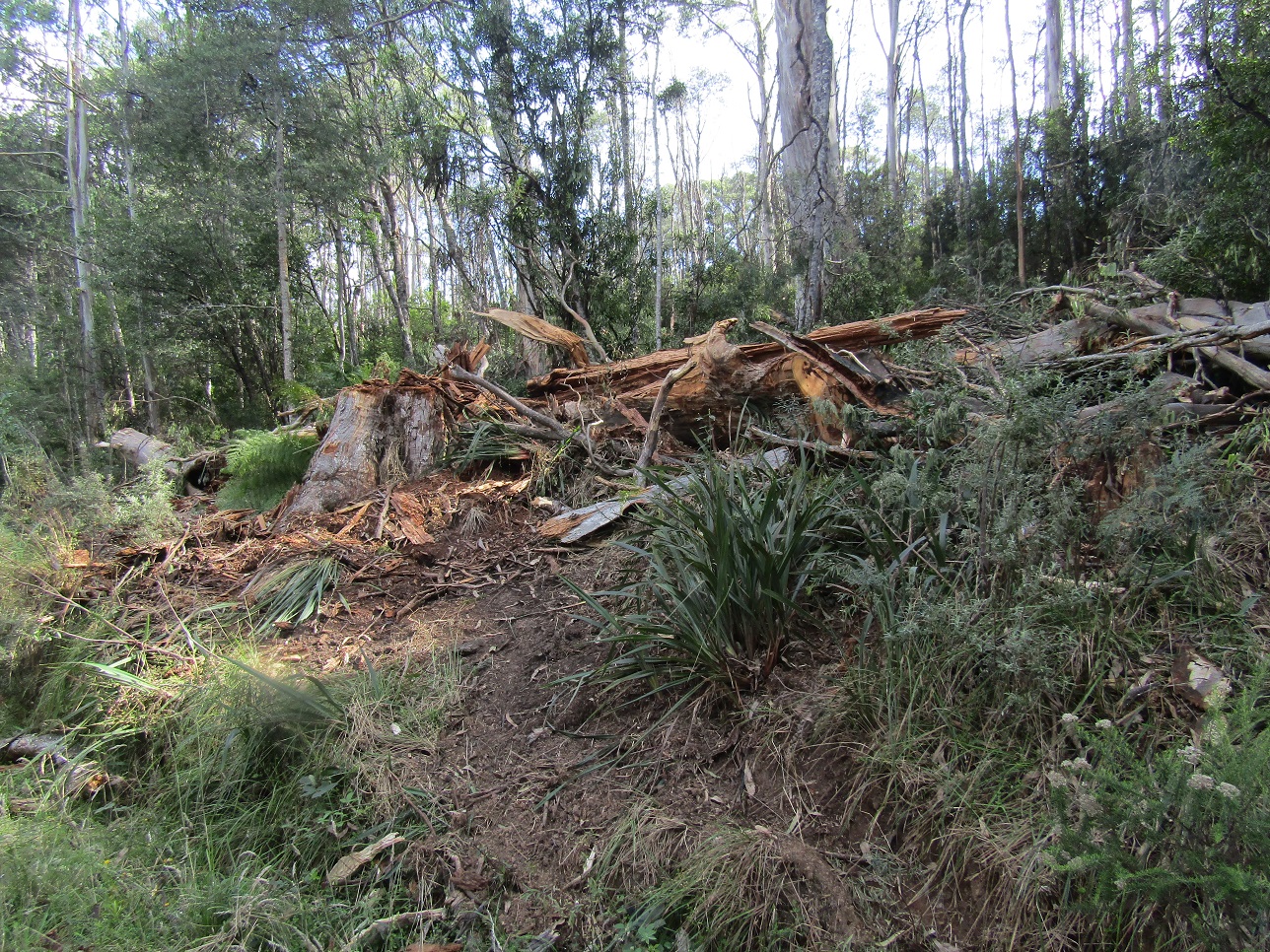 We are only just starting to understand just how extensive and devastating the bushfires have been. The impacts on the ancient Kuark forest, which GECO has been campaigning for protection for decades, are heart-breaking. Rainforest gullies and swathes of wet forest have been completely incinerated.

The horrific impacts to ecosystems and wildlife from the fires will ultimately result in changes to Federal and State legislation, as stronger protections will be needed to stop plants and animals going extinct. VicForests shouldn’t be logging until proper assessments and responses have been formulated, and they sure as hell shouldn’t be given the green light to so called ‘salvage’ log, or be given any incentive to clear critical roadside habitat. It's become clear that these operations are less about safety, and more about capitalising on the lack of oversight and regulations to take healthy trees and remnant habitat in order to meet quotas. Every care should have been taken to ensure minimal impact to forests during these operations. But the Environment Department (who are overseeing this work) continue their legacy of protecting the greedy interests of the logging industry, ahead of forest & wildlife. 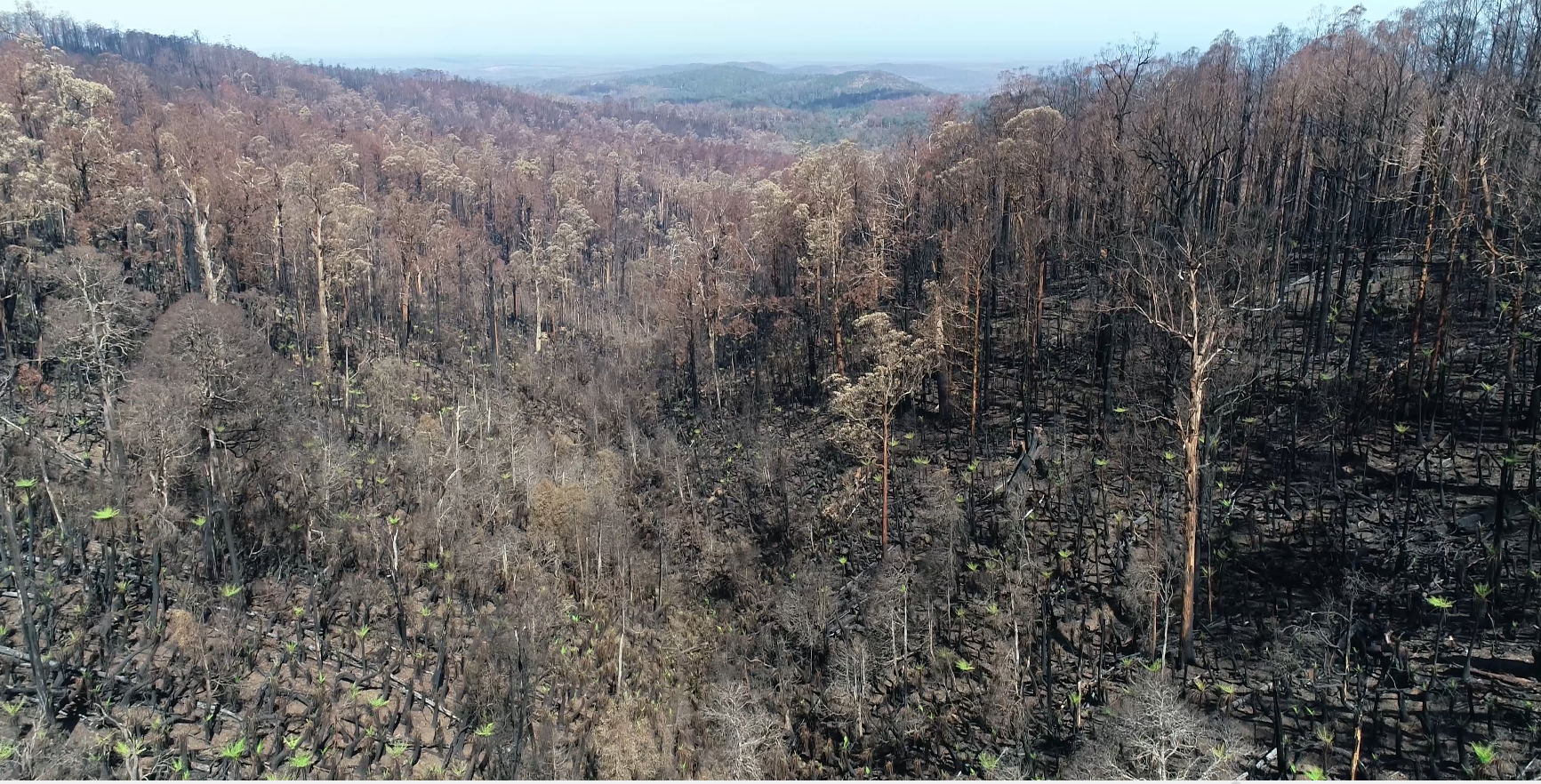 These fires have wreaked havoc on forests and wildlife in East Gippsland. The government has already admitted that the logging industry can’t be sustained. What is needed now is leadership, and meaningful action to bring forward the transition for workers, rule out any so-called salvaging of burnt forests and protect all remaining green and unburnt areas. This rogue road clearing operation is no exception, every care should have been taken to protect the small fragments of critical habitat that remain.

Apparently, we’ve maxed out the Premier’s inbox. Over a thousand people have already emailed him asking for urgent action. You can still try and email him here. You can also call his office or send him a personal letter in the mail. He knows that logging has zero social license, and that the Victorian public don’t want to see burnt and unburnt forests continue to be logged to keep dying industry on life support.

SUPPORT OUR WORK WITH A DONATION HERE 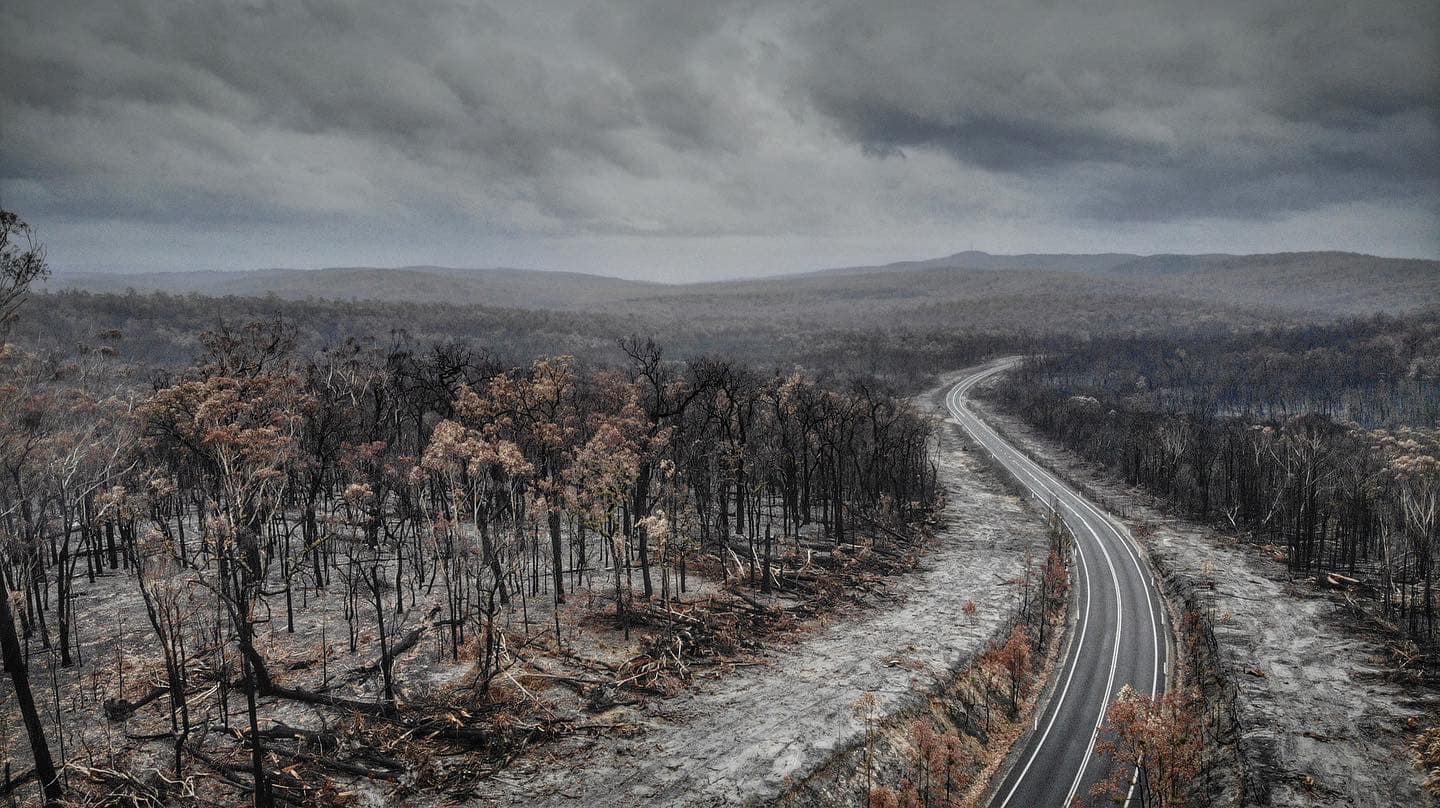